Gwen
The boy I once loved is now the fearless Vice President of the Iron Outlaws MC.
And he hates me.
Because of something that happened years ago. It’s not my fault his father ended up inside for life because of that night. But that doesn’t stop him holding me captive until I tell him what happened.
Except I can’t.
Because not knowing is why I’m back here in this cesspit.

Clutch
The girl I once loved is now the enemy of my club.
Even though she’s also the sister of my best friend and our club’s new president.
I don’t care that trouble brings her to my door looking for help. She doesn’t deserve our protection. Until she tells me a secret that stands everything we know about the club on end.
Sins well hidden killed what chance of happiness we once had. But now, they’re going to kill her.

EXCLUSIVE EXCERPT: The Sins We Hide

Author Scarlett Cole (writing as S. Cole) is kicking off an electrifying new MC Romance series this week, and I have a sneak peek for you from the first book in the series. It’s a friends-to-enemies-to-lovers romance between the Vice President of the Iron Outlaws MC and his best friend’s little sister. And if you’re wondering why the new pen name, we are told that if Scarlett Cole writes the good guys, S. Cole writes the bad ones.

It’s pretty funny that Mötley Crüe’s classic, “She Goes Down,” is blasting as I watch a once attractive, now strung out, young girl on her knees in the corner of the clubhouse sucking off a balding biker with an out-of-control gray beard.

But it proves one thing.

I’m in the right place.

Nobody recognizes me. Because it’s been fifteen years since I was last here as a thirteen-year-old, dancing in my sneakers to Springsteen. I remember that night, wishing Landon would look at me instead of goofing off with my brother.

Witness protection has required a certain amount of practiced anonymity. The art of blending in.

It kept me safe from those who’d do me harm.

At least I thought it did.

Whatever secret my mom had been carrying found us in Cleveland, Ohio, and took her from me. I put her in the ground this morning and drove into the night to get to New Jersey. No cops nor federal marshals had protected us in the end.

And sometimes, the only safe place to be is right in the middle of the vipers’ den.

Or in my case, the home chapter of the Iron Outlaws. It’s everything I remember. Tile floors, a wood-paneled bar, beat-up sofas, and too many girls waiting to become some guy’s property like my mom was once. Cigarette smoke lingers near the ceiling. Bikers, too drunk or high to notice, just let me walk through.

Funny what red lipstick, decent breasts, and a smile can do.

I look around with vague recollections of people I knew fifteen years ago until I see a face like my own. Same high cheekbones, only his blue eyes look arctic, while I’ve been told mine look like a tropical storm. Nonidentical twins who look alike. It would be funny if it weren’t so tragic.

“You with someone?” A voice to my left steals my attention. The stink of sweat precedes him. His patch says his name’s Buck. The gray hair and haggard lines on his face say he’s nearing sixty. A dirty old man believing it’s my relationship status that will stop me sleeping with him, not the fact he looks like the back end of a cement mixer.

Urgh. I’m so over being here already. The scent of tobacco and cheap aftershave makes me want to heave.

I look over to my brother. To the man who hasn’t seen me since I was thirteen. His eyes catch mine. A passing glimpse. A double take. And then he marches to me, fury etched on his features.

But I stand my ground.

This isn’t the first time in the last week I’ve stood my ground with a man whose face and actions said he wanted to murder me. I’m relying on genetics and faith that he won’t kill me until I’ve had a chance to explain.

“I was talking to her,” Buck says, stepping in front of me. I’d like to believe chivalry isn’t dead, that he’d stand between me and my brother to impress me. To win me because I’m precious. To save me. But the bottom line is I know he’s just looking for an easy lay.

My brother simply shoves him out of the way. “She’s my sister, dickhead.”

“What the fuck are you doing here, Gwen?”

I know. Uther and Gwen . . . as in Uther Pendragon and Guinevere. The dog got Lancelot. No one called Dad Arthur, just Prez. It’s what happens when a badass biker sweeps a theatre kid off her feet and knocks her up all in the same day.

It’s also weird because Arthur married Guinevere in the stories, but no one else seems bothered by that.

The guy getting the blow job comes with a groan as the woman coughs and splutters around his dick. Mascara-loaded tears leave tire marks down her face.

“Why?” Uther leans toward me, his cut flapping open to reveal his gun.

“That’s between me and Dad. I need to talk to the organ grinder. Not the monkey.”

Uther points to the patch on his cut.

Also, he has a road name. King.

“You’re looking at the organ grinder.”

My hands shake. I had a plan. Come here. Tell Dad everything. Hope he realized none of it was my fault but that by the time I was eighteen, I felt so removed from this life, from him, that I couldn’t imagine a life with him in it. What few stories Mom had shared made the life sound horrific. They scared me so much, I never tried to come back, even though I knew where he was.

“What happened to Dad?” I scan the room again. Perhaps I missed him.

“Why are you asking?”

Tears sting my eyes. “I buried mom this morning.”

“Shot.” I lift the hem of my T-shirt just enough so he can see the dressing on my side. “And me.”

“Jesus.” He tugs at his hair before yelling, “Someone get my VP. My office.”

A guy in a prospect cut disappears down the hallway while Uther tips his chin. “This way.”

We walk to his office. It doubles as the place where they gather as a collective.

The most sacred meeting place in a motorcycle club. A club that believes sacrament is shared in the form of cash, truth, and beatings. Monastic in its brotherhood and satanic in its goals.

I stand on the threshold, terrified that by following him inside, I’ll be part of all this.

“We don’t bite,” Uther mutters, so I step inside.

I run my fingers over the worn leather seat pushed up against a solid table that looks carved from a single piece of wood. I hear the strike of a match, the hiss of a flame, and the crinkle of cigarette ash.

The scent of sulphur and smoke mixes with leather.

“Where the fuck have you been?” he asks.

I get the dance we’re about to do. Information is power. So I don’t answer him. “What happened to Dad?”

“Hit by a truck on his bike. Buried him this morning.”

The words hit me as surely as a physical blow.

I missed getting to see my father by days. Unexpected tears sting the corner of my eyes. I hadn’t seen him in over half my life. I didn’t know him as an adult. And yet . . .

A man stumbles in wearing jeans, a cut, and no shirt. “Fuck, brother. I was balls deep in Suze. What’s so urgent?”

With the cigarette between his fingers, Uther points in my direction.

Landon wears a cut with the road name Clutch. When his eyes meet mine, there’s a spark of recognition. Familiarity.

I’ve missed him more than my brother.

A fleeting flash of warmth to offset the aggressive air-conditioning that’s making my nipples peak.

At least that’s what I hope is causing it. Not the man who was a boy I once loved with my tender teenage heart.

His gaze turns to contempt.

His knuckles are bloodied and raw. There’s a cut above his eyebrow, and a hickey is blooming on his neck.

He’s filled out. When I left, he was still a scrawny thing who didn’t fill out his T-shirt. To put some distance between us, I mentally decide to call him Clutch.

As Clutch walks towards me, I realize he’s taller than Uther now. He’s got to be six and half feet with change to spare. He’d fit right in at one of those scripted wrestling events. Bulked up, long hair with an undercut, a beard, and still devilishly handsome.

“We killing her or welcoming her back?” Clutch asks without taking his eyes off me. I’m confused by what I see in them.

“This let’s-pretend-Gwen’s-not-here shit is grating on my last nerve. I can speak for myself. Ask me the questions. He barely knows more than you right now.”

Clutch looks over his shoulder to my brother. “Feisty.”

“Apparently. She’s also got a gunshot wound and buried my mom this morning.”

Clutch looks back at me. The words seem to cut through the drunken haze. “That right?”

I pat the dressing beneath my T-shirt gently. “That’s right.”

“Fuck,” Clutch says as he strokes his beard. “I’m gonna need coffee.” He sticks his head out the door and yells at someone to get some, while my brother glares at me.

He’s older. By eleven minutes. It doesn’t sound like a lot, but it means he was born just before midnight on the last day of winter, while I was born on the first day of spring. And when we were young, my brother was my whole world. But standing here, uncertain if he’s going to kill me and bury me under the patio, I’m not going to tell him that I’ve felt as though a limb has been missing for most of my life.

People talk about the twin thing. Finishing each other’s sentences. An awareness when the other is hurting. Even without his presence, I’ve felt it like a throbbing phantom pain. Mom never talked about him. She would never explain why she made the call to leave Dad, and to leave her other child behind. I tried to ask over the years, but she refused to tell me. Said it was better if I didn’t know, said I’d be safer.

I look at the hammer and gavel on the table and silently curse her for leaving me in this situation.

If I’d known, I might have been able to stop her death.

If I’d known, maybe I wouldn’t be here. 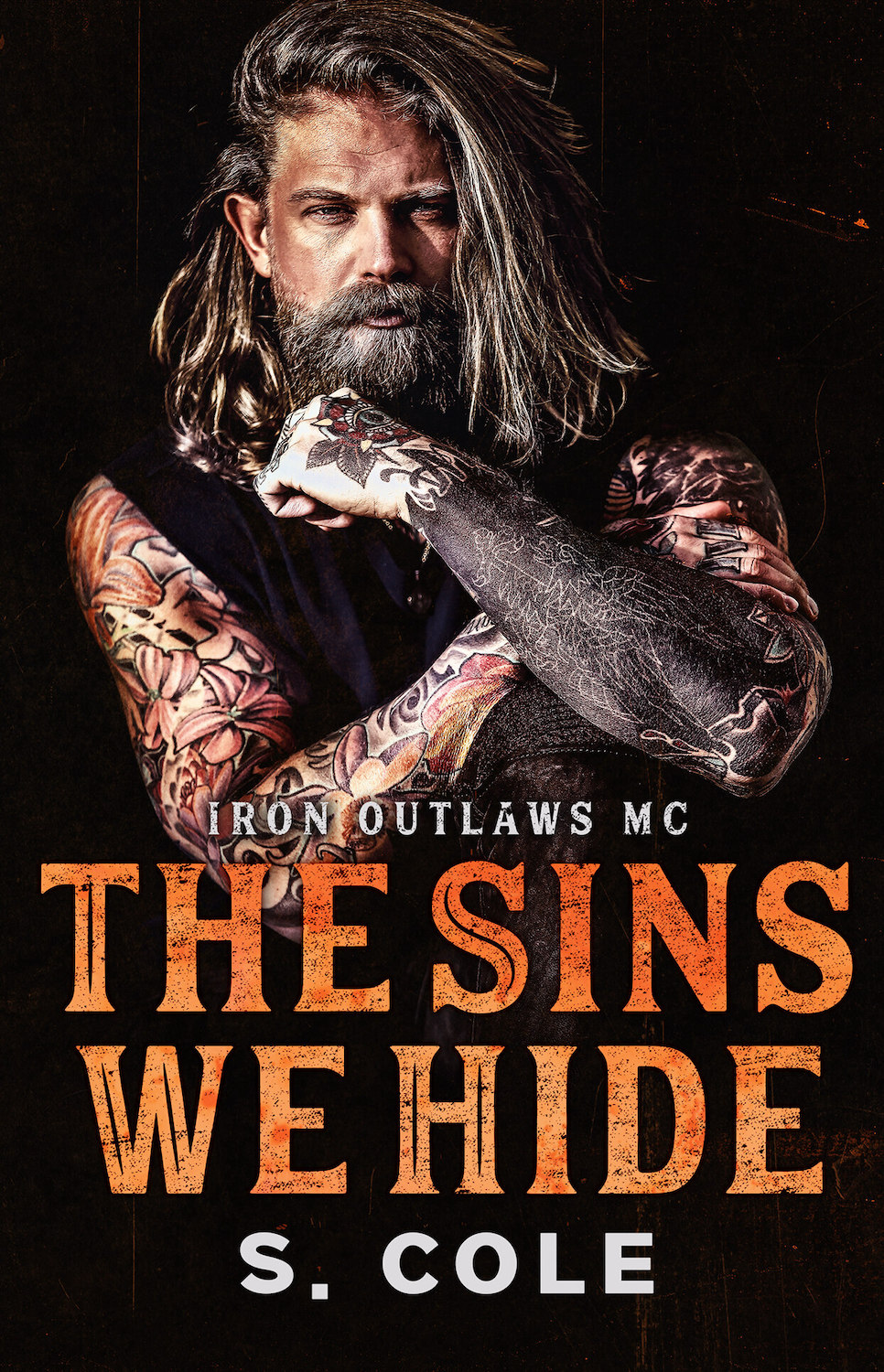 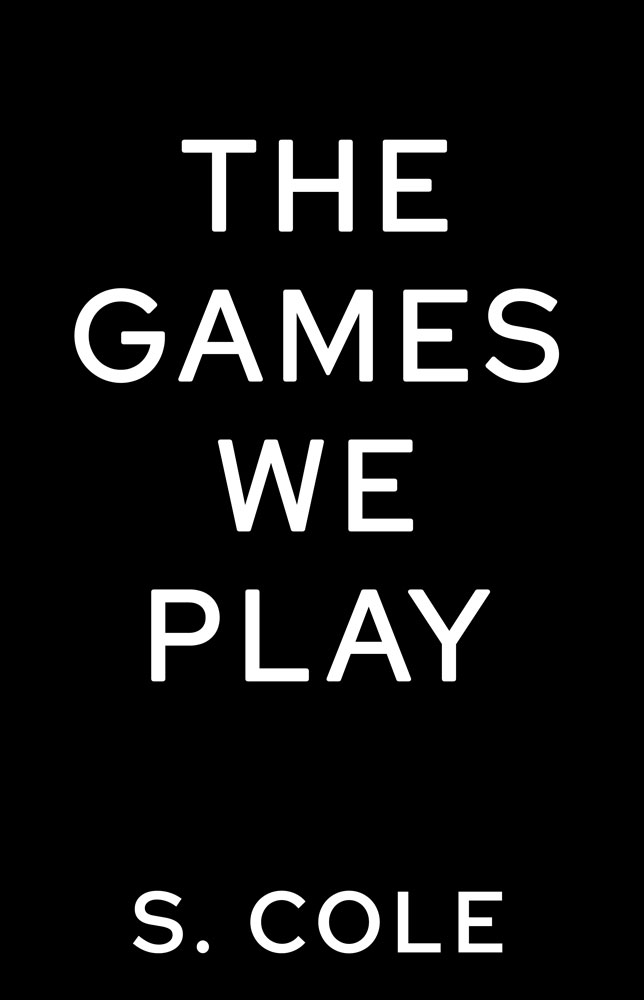