Can she learn to love the man—as well as the dragon within?

Sensual. Clever. Daring. There’s only one thing Kendrick yearns for—peace that has eluded the Dragon Kings. Zora may have been made in the image of Earth, but it’s a far cry from home. For too long the Kings have been on the defensive, betrayed time and again. When Kendrick has an opportunity to stop a foe, he takes it. Except he isn’t the only one tracking it. Soon, he finds himself face-to-face with an exquisite swordswoman who holds him enthralled…and sparks passion within his cold heart.

As an Asavori Ranger, Esha has dedicated her life to protecting her people. She trains relentlessly to become one of their best warriors, forsaking everything else. When a treacherous new enemy invades their lands, she vows to destroy it. Esha’s rash decision has her crossing paths with that of a mysterious, handsome outsider. He’s trouble the Rangers don’t need, but she can’t walk away. He awakens desires long buried and dreams neglected. The temptation of their forbidden union is more than she can resist. She’s soon walking a treacherous path—one that could be the downfall for them both.

An exciting new story in Donna Grant’s Dragon Kings series is out this week, and I have an awesome excerpt for you.

It was no wonder he liked her.

As for the pull he felt toward her…he didn’t deny it, nor had he stopped thinking about what her lips might taste like. But he wouldn’t act on it—even after seeing desire sparking in her eyes that morning. The Rangers might not be celibate, but he wasn’t a one-night-stand kind of lover. He liked to take his time and get to know his partners. And that could take weeks or months. And with Esha, he knew he would want it all.

If there were even a chance of that, he wouldn’t hesitate to woo her. To turn on all his charm and seduce her, little by little. He knew they would be good together. She clearly felt their attraction. Her look that morning had said as much.

Perhaps he was being too hasty in disregarding it. Why not take a single night? Their attraction was strong—very strong. Kendrick couldn’t remember feeling something quite so acutely before. The more he was around her, the more he heard her voice, saw her smile, and looked into her golden-amber eyes, the more his yearning to know her—body and soul—grew.

Just thinking about Esha made heat flood his body now. His fingers ached to have her in his hold. His hands tingled as he remembered holding her lithe form earlier underground. He recalled how she had fit perfectly against him, how she had gripped him as if he were the only thing keeping her standing. It was the most vulnerable he’d seen her—a proud warrior elf who had battled her darkest fears. He wanted to make sure she never felt that way again. He sought to be the one to protect her. An elf who didn’t need his—or anyone’s—protection.

But, still, he wanted to be the one she turned to.

He walked to the table and used his magic to conjure a bowl of cold water. He wet his face, but what he really needed was an icy shower.

Kendrick stilled as he heard something outside. His enhanced senses instantly went on alert. He walked to the flap and lifted it to find Esha. In his present mood, this was the last place she should be.

As if he would deny her. As if he could. He moved aside to allow her entry, his gaze following her. He noted her bare feet and her gorgeous, tawny locks that fell around her shoulders. His eyes lingered on her backside before she slowly turned to face him. There was something different in her gaze tonight. Something he couldn’t quite name. “Is everything all right?”

Something had changed about Esha, and he couldn’t put his finger on what. He continued studying her as she walked to him. His breath hitched when she stopped mere inches before him. He couldn’t breathe, couldn’t think as he stared into her beautiful eyes. She gently placed her hands on his chest. Her lids lowered, and her lips parted slightly. He fisted his hands as she leaned forward and pressed her mouth to his. Shock went through him, followed by a poignant rush of desire. It engulfed him. He didn’t move for fear she would change her mind and leave.

The kiss was brief. He bit back a groan as she leaned away. He opened his eyes and met her gaze. She smiled and licked her lips. That small movement was nearly his undoing. His body shook with the need to touch her, to pull her close and feel all her softness.

She leaned in for another kiss. Kendrick was prepared this time, but it didn’t dull the sweet taste of her or the yearning that consumed him. He hesitantly put his hands on her hips as their mouths brushed. When he parted his lips and swept his tongue against hers, she sighed and wound her arms around his neck. Kendrick splayed a palm across her back to hold her as he tangled his other hand in her silken hair.

They exchanged no words as they deepened the kiss. Desire intensified, expanding as the flames of it licked recklessly between them. Their hunger grew until it pulsed in time with their hearts. His breaths were ragged, and his skin burned with need. The feel of her in his arms was almost too much, yet not nearly enough.

With one look, one kiss, he was hers. Completely. 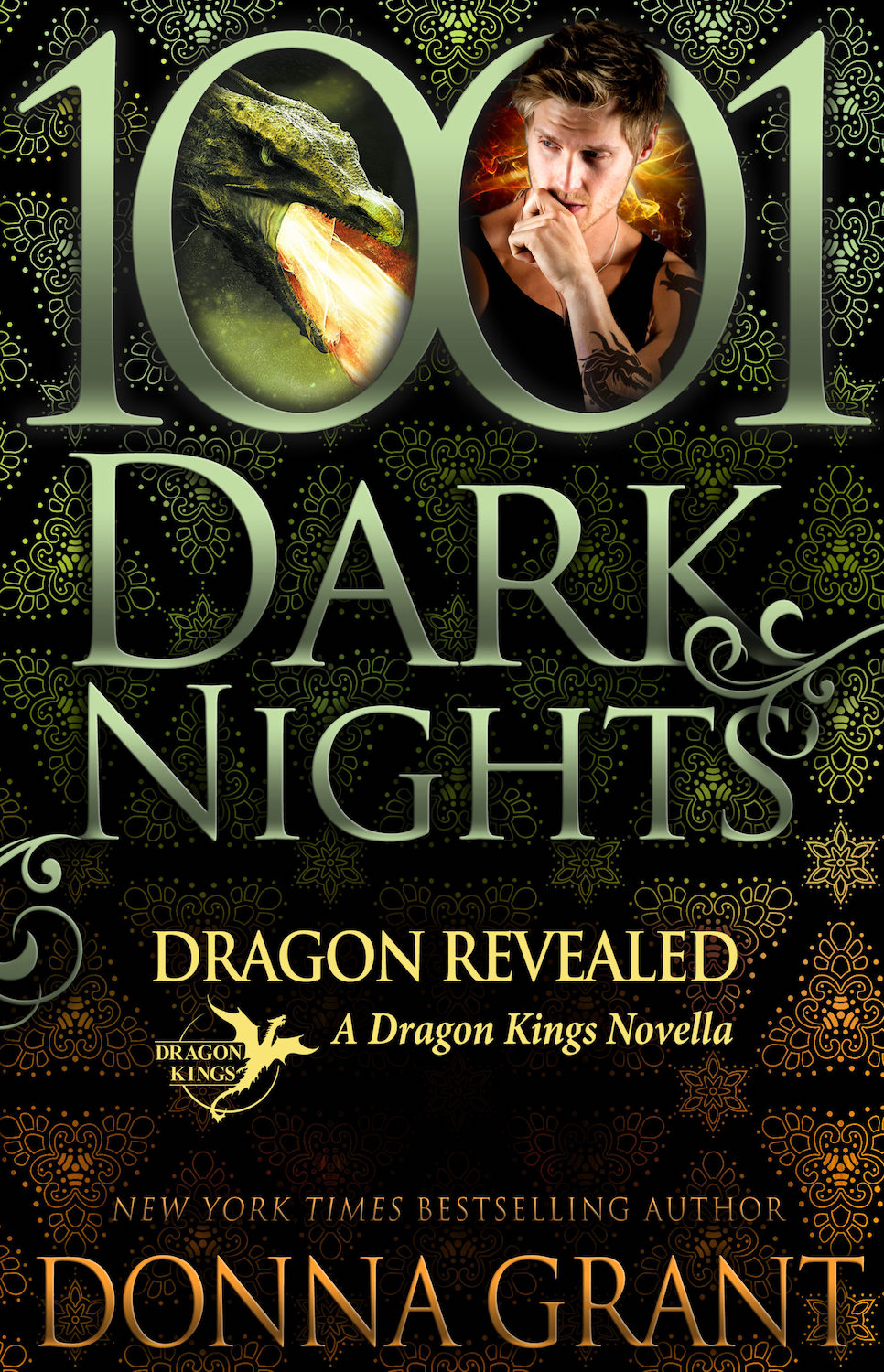 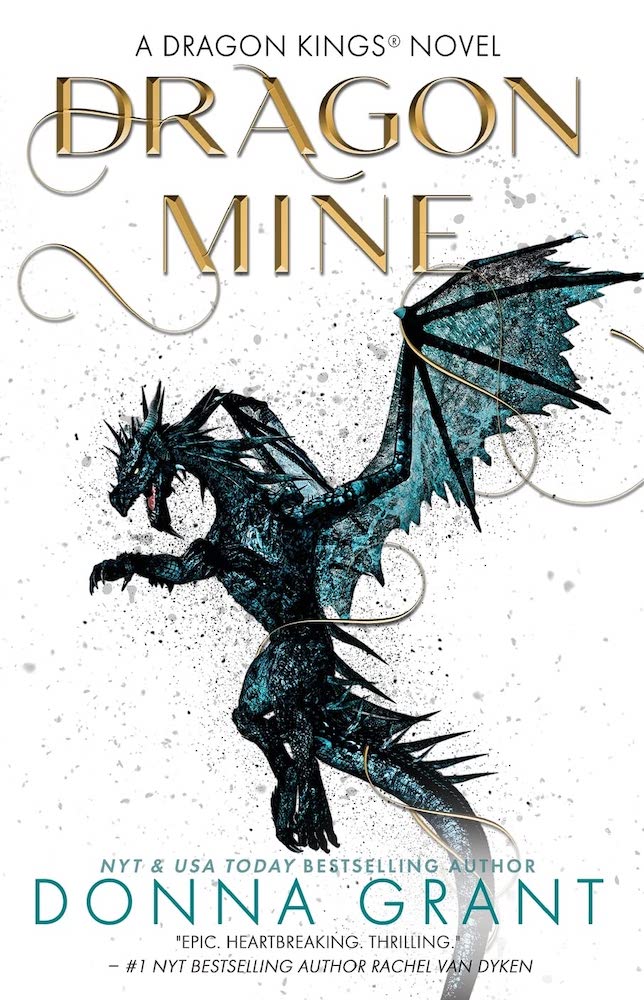 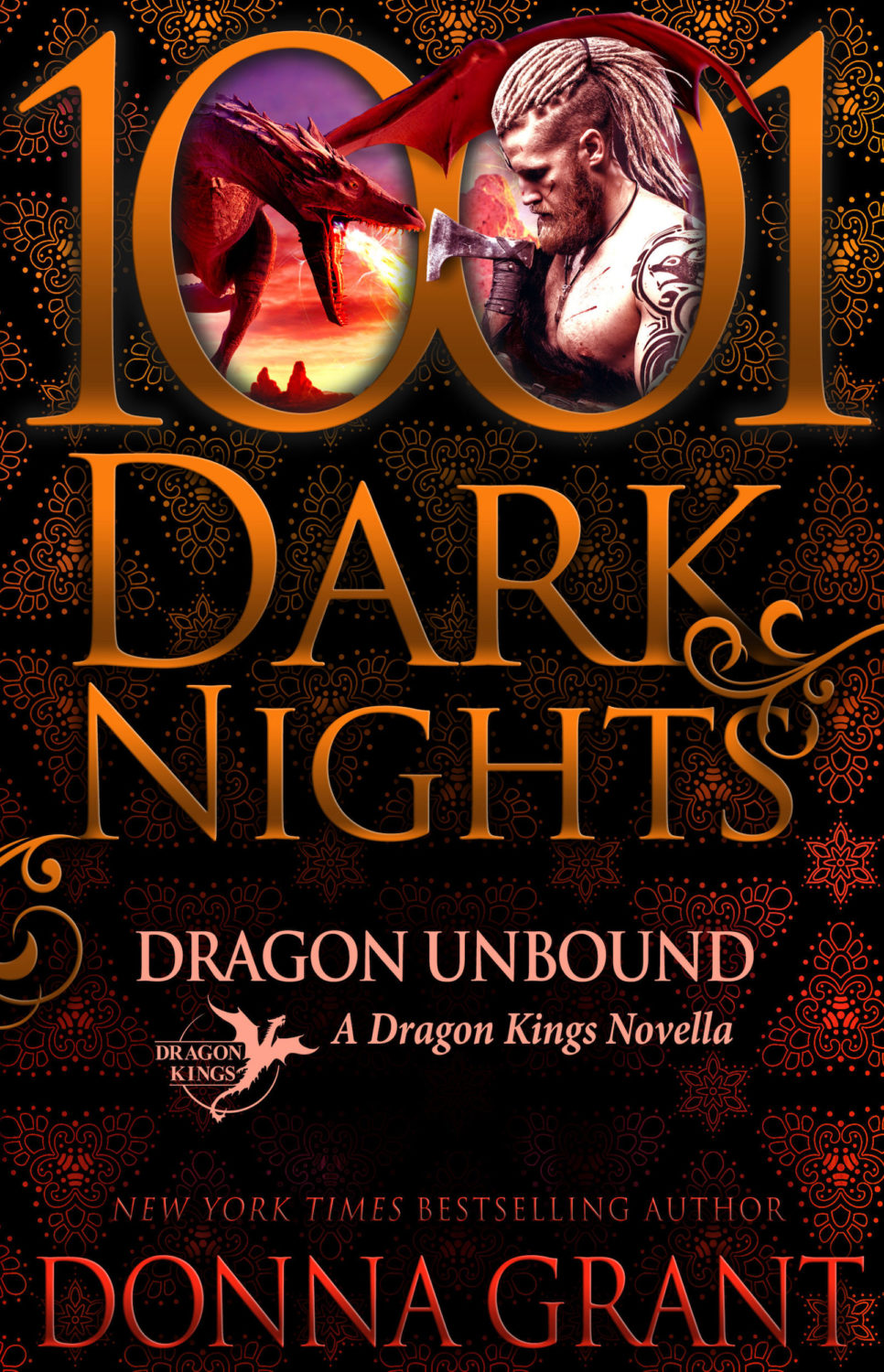 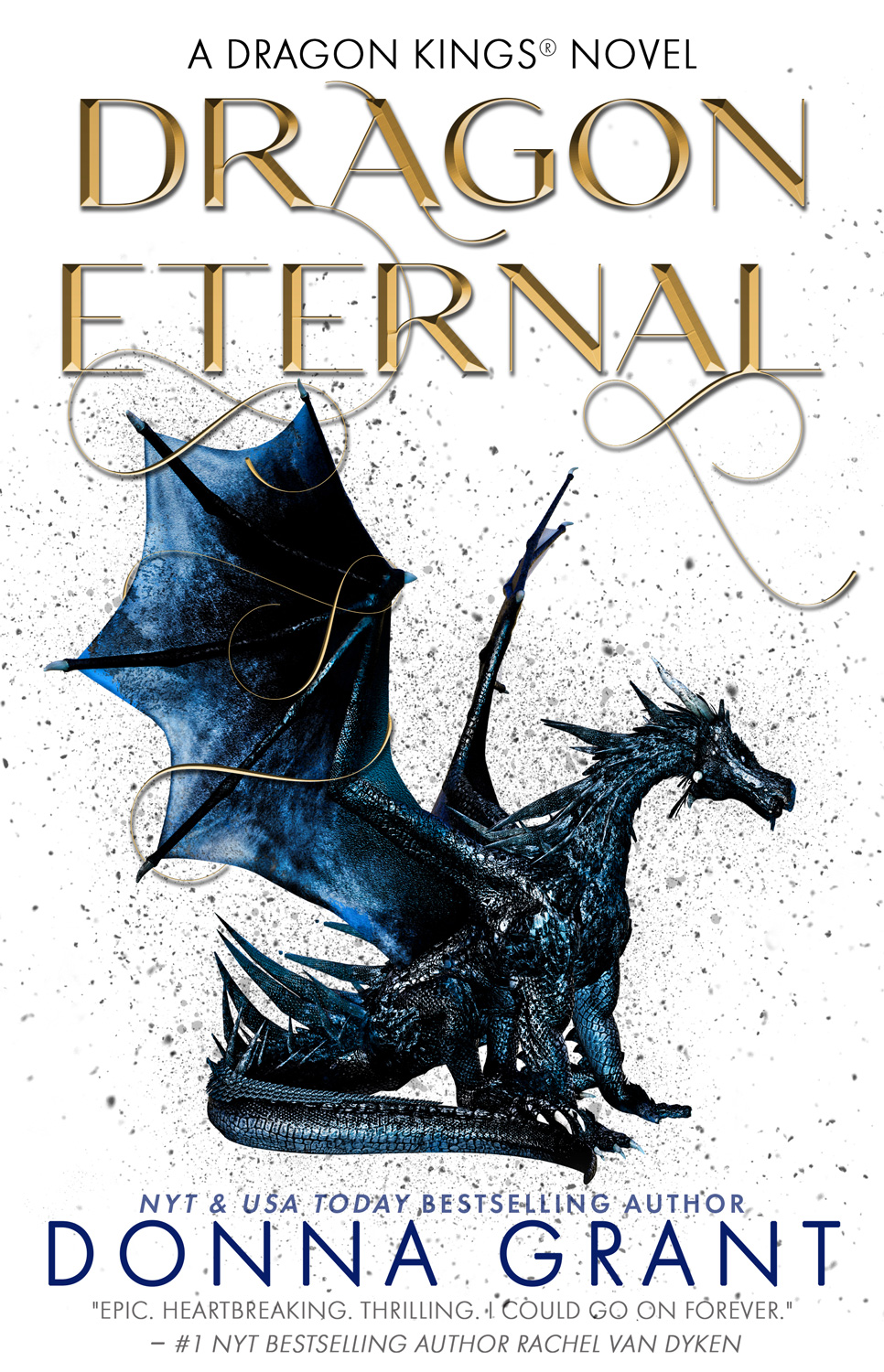 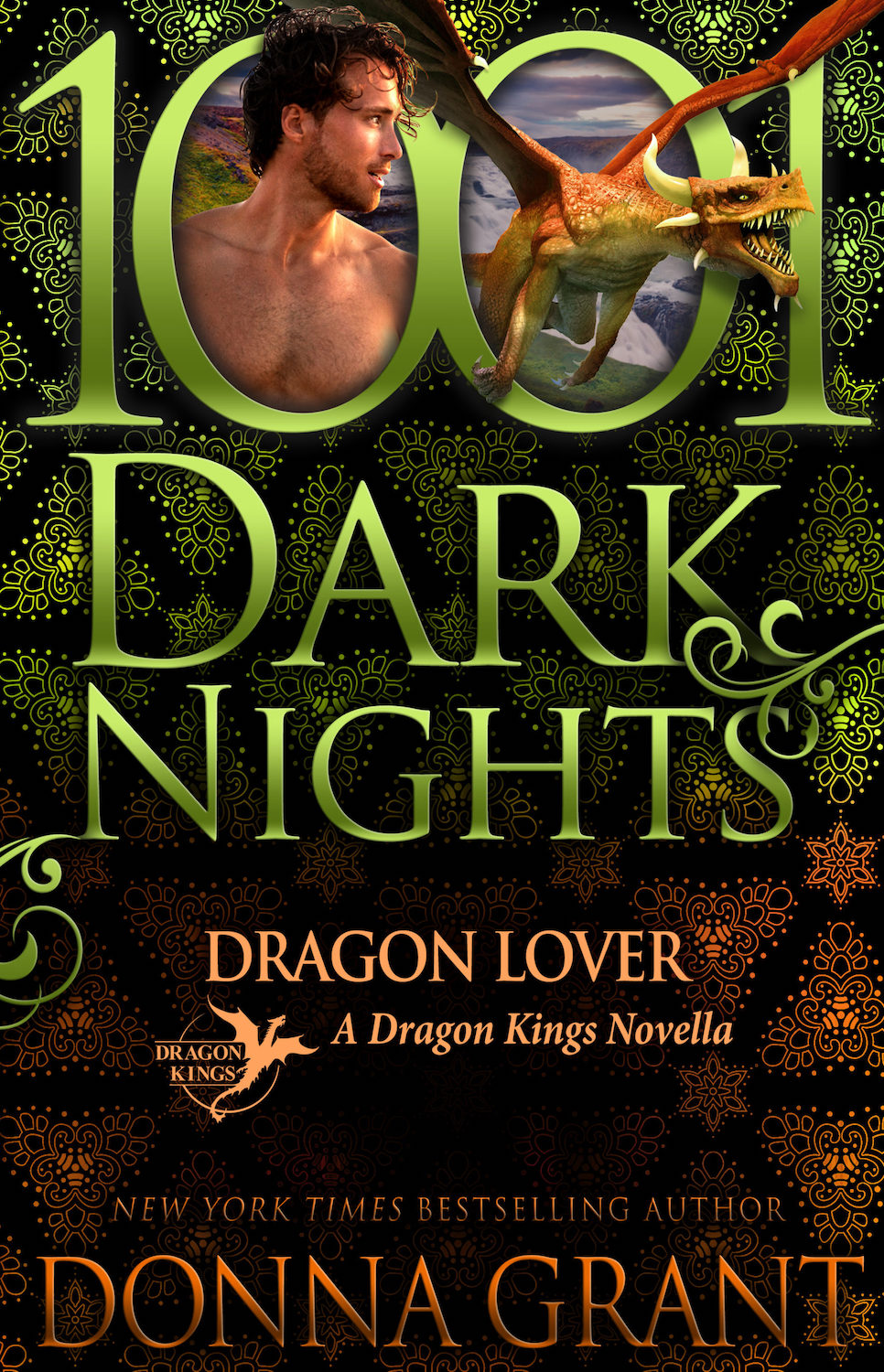