Eva Fox is the princess of the Silver Demons Motorcycle Club. Growing up with bikers in the club lifestyle is all that she knows.

As a young girl, Eva meets the reason for her existence.

Deuce West is the sexy, biker bad-ass of the Hell’s Horsemen Motorcycle Club. Like Eva, he was born and raised in the club—but that’s where the similarities end.

Their first meeting is innocent, but as Eva matures into a woman, their chance reunions evolve into a fit of lust and love. Fate continues to bring them together time and time again, but their twisted journey is filled with pain, betrayal, and bloodshed that could tear them apart. Eva sees in Deuce what he cannot see in himself—a man worthy of love—and Eva spends her lifetime proving to him that her undeniable love is the one thing he can’t live without.

It wasn’t easy.
Nothing worth doing ever is.
And love is worth everything.

“Not many chances a man has in his lifetime to do right, to earn the love of a good woman, and to get a taste of true freedom. And babe, for me, you’re all f*ckin’ three. Have been for a good while now.”

I loved this book with every single fibre of my being – it captivated me, agitated me, owned me, aroused me, it assaulted my senses and it left me utterly confused because in theory I shouldn’t have liked a story like this, but I did, every word, every scene, every twisted part of it. It is so graphic and yet so beautiful, so rough and yet so romantic – if this book were a man, I’d want to marry it and divorce it at the same time! Whether you want it or not, this book will get under your skin and there will not be a damn thing you can do about it.

If you’re looking for a Disney-style romance, you’ve come to the wrong place – there are no helpless damsels or princes in shining armour in this modern fairytale of everlasting love. There are no inherent villains or faultless heroes here, no clearly defined rights or wrongs. This is a story that explores the grey areas of human nature, it does not pass judgement or commend behaviour. It just tells an honest story of two people who met, connected, kept connecting each time their lives crossed paths, fought to be together, fought to stay apart, and eventually found their version of a happily-ever-after.

“I am Preacher’s little girl. And I’m gonna be just like him when I grow up. I’m gonna have a Fatboy but I want mine to be sparkly and I want a pink helmet with skulls on it. And instead of being the club President, I’m gonna be the club Queen cuz I’m gonna marry the biggest scariest biker in the whole world and he’s gonna let me do whatever I want because he’s gonna love me like crazy.”

Deuce and Eva met when Eva was just a young girl and for years their chemistry only grew stronger every time they accidentally saw each other. Being the only offspring of rivalling motorcycle club Presidents, their story might have started off as a modern-day version of Romeo and Juliet, but it certainly did not stay that way. With a significant age difference thrown into this impossible equation, they are truly fighting against all odds, but their magnetic attraction to one another is indisputable and absolute. As Eva enters womanhood, it becomes clear to her that there would never be another man who would affect her like Deuce does.

“She wanted him. Her, a f*cking angel in a mess of demons, wanted him, one of the biggest f*cking demons he knew.”

Deuce fights his attraction to Eva obstinately but he can’t fight his feelings for her any better than she can reject her own. As much as he does not believe to be good enough for her, he cannot get her out of his head or out of his heart. Their pull towards one another is primal, carnal, sexy as hell, and when they give in to the chemistry between them, the ground shakes, continents move. You’ll need an ice-suit to keep your body temperature at bay because when Deuce and Eva collide in bed, or against a dirty alleyway wall, you’ll want to pay attention.

“Gonna f*ck you now baby,” He muttered into my mouth.
Oh. Good. So good.
“Okay,” I breathed.
And he did. Up against a dirty brick wall, in a garbage filled alleyway home to rats and feral cats, while warm summer rain poured down over us. And it was perfect. Better than I’d imagined. Better than anything. The best.

In this unconventional story of a love that is truly meant to be, of soul mates finding each other and always gravitating towards one another even when the ugly side of life tries to break them and keep them apart, we fall in love with two flawed individuals whose everyday lives might be as distant to ours as possible, but who love the same way, hurt the same way, and crave for one another the same way. Their story will take you on a crazy ride of possession, desire, belonging and unspoken vows, where nothing is romanticised or sugar-coated so that it could be slotted easily into a more mainstream version of a love that knows no boundaries. This is the grittiest guilty pleasure I’ve ever had feeding my imagination and manipulating my senses, literary crack at its finest, but it is also one of the most romantic stories I have ever read.

A diamond in the rough might just look like an ordinary rock, ugly and coarse, but it hides such priceless beauty to be coveted and treasured. Undeniable is no ordinary romance and it might appear gruesome and wild at times, but it tells the timeless love story of a man named Deuce and a woman named Eva, two kindred spirits who loved each other from the moment they laid eyes on one another, who battled against everything life had thrown at them to keep them apart, and who didn’t just find their happy ending. They created it.

“I stole you a long time ago. Round the time you f*ckin’ stole me.” 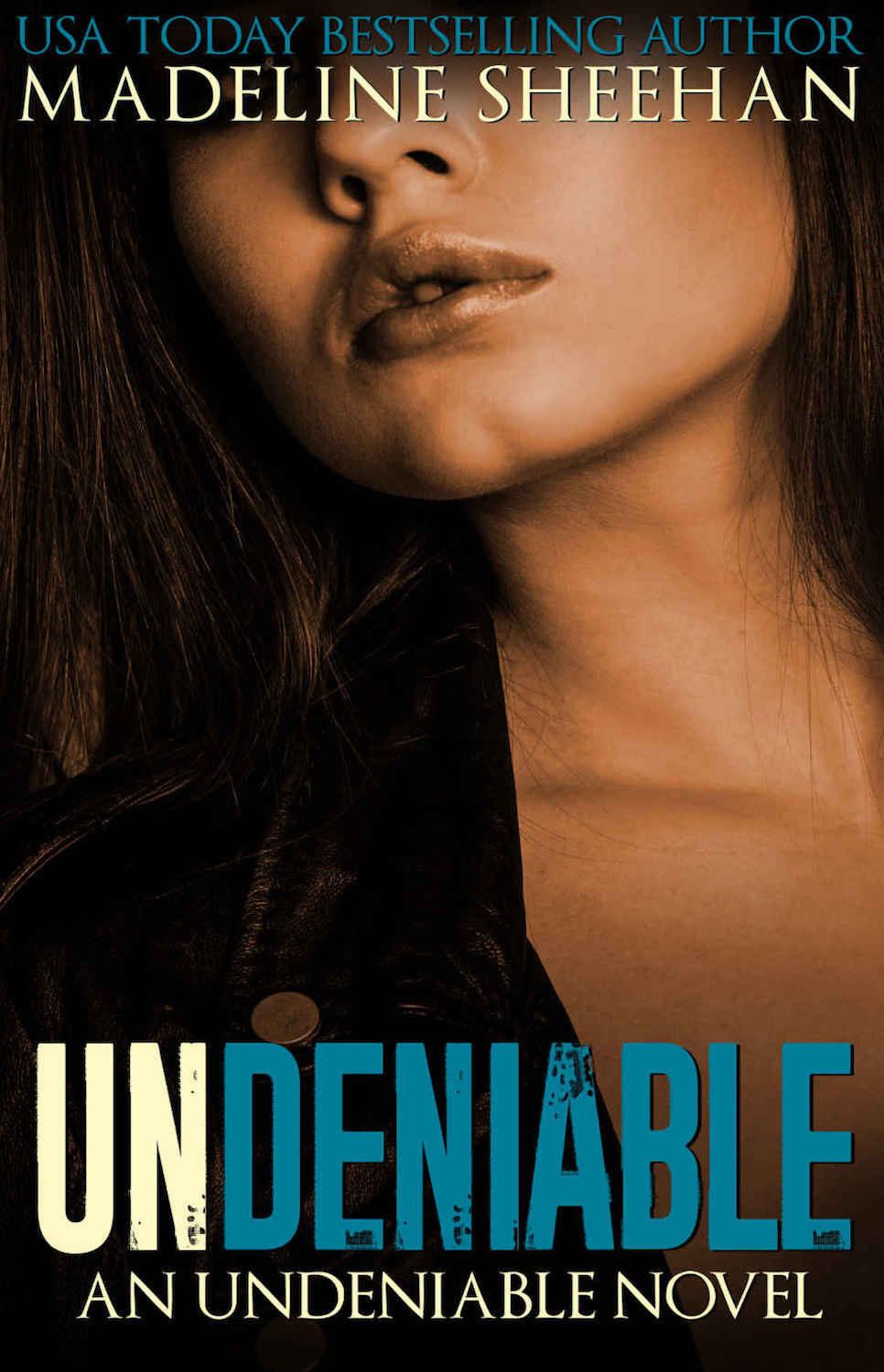 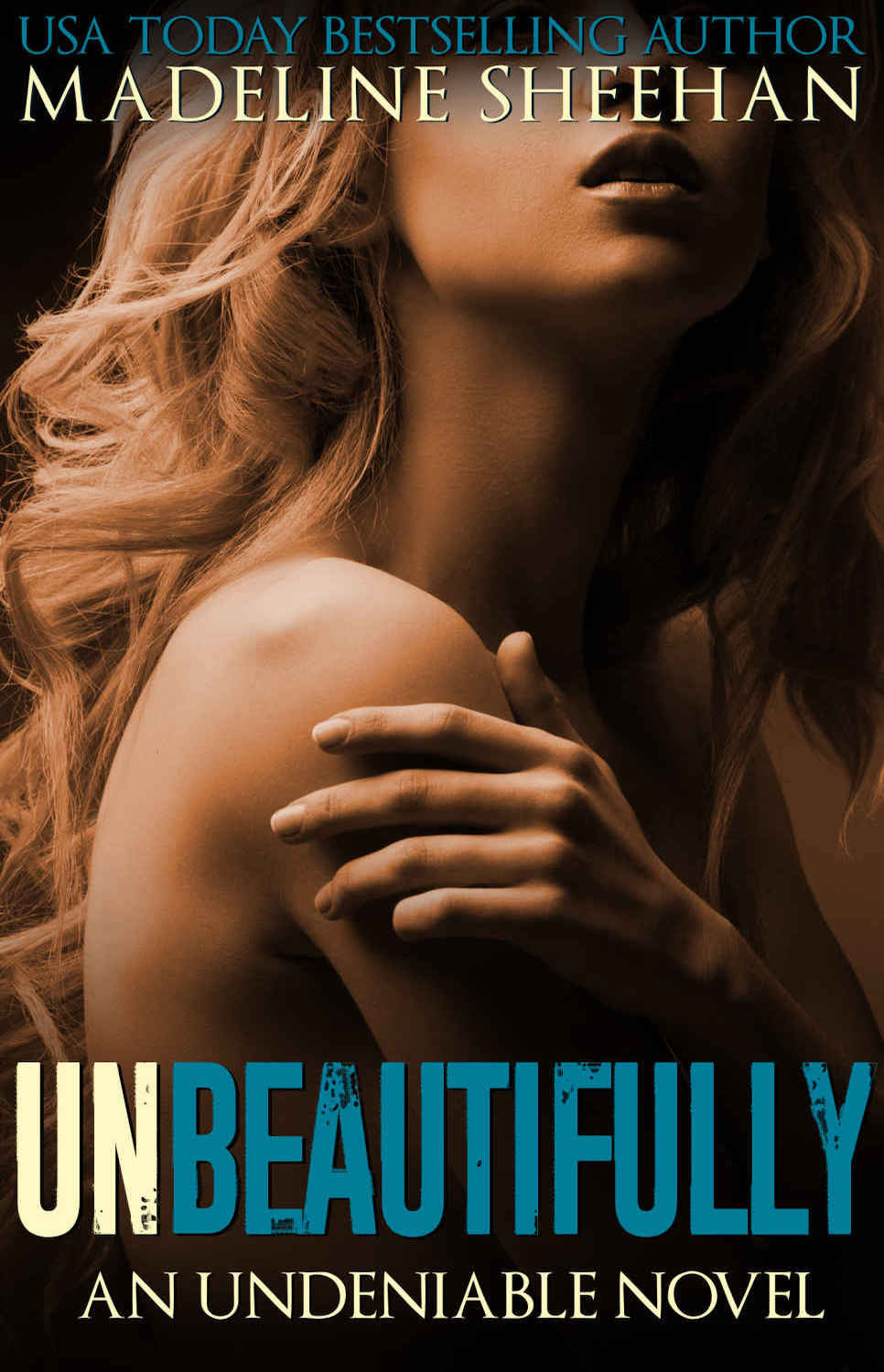 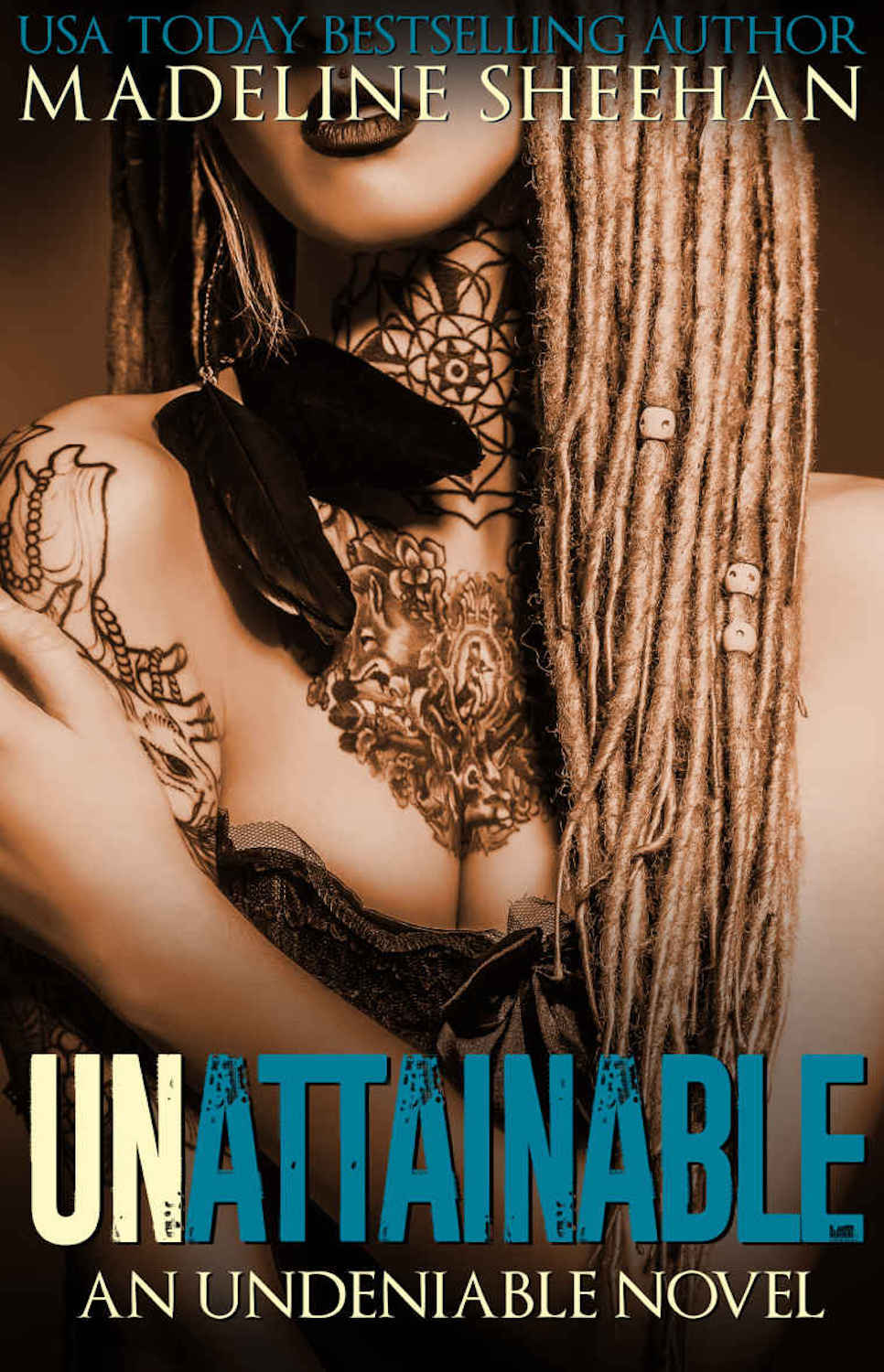 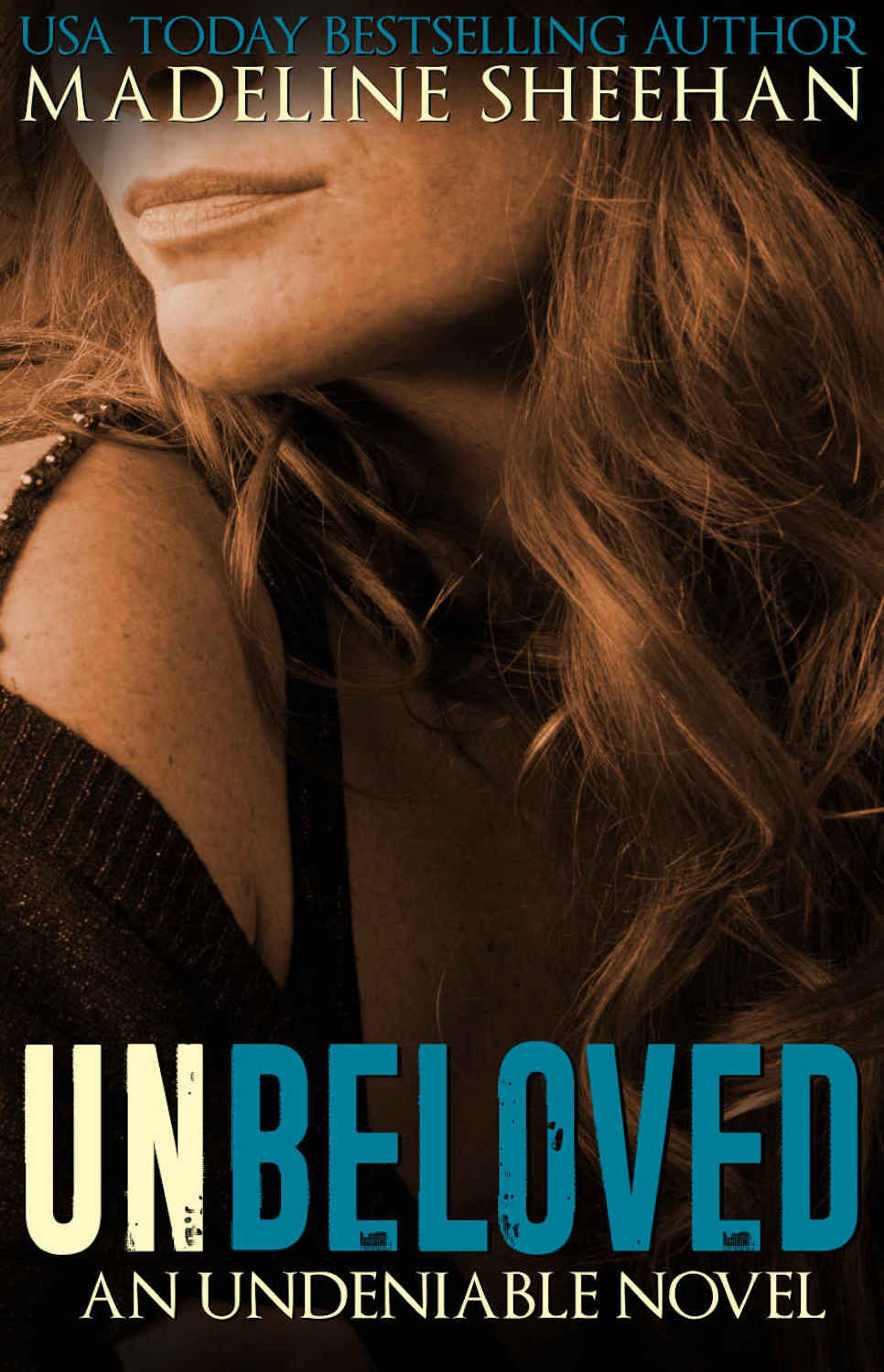 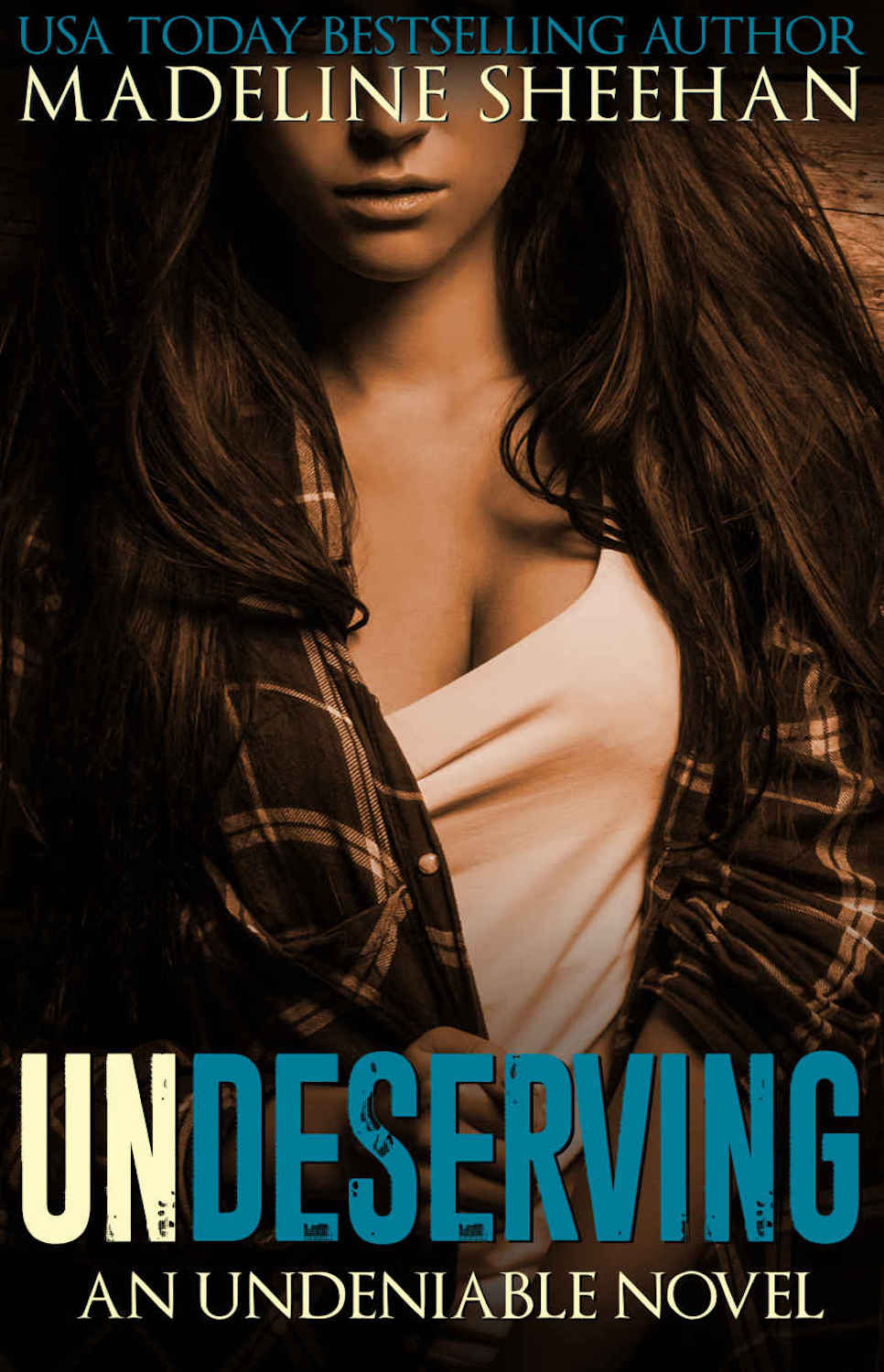 LOVE YOUR REVIEW! Can’t wait to read it for myself.

I’m desperate to read this now after reading all the different reviews on it. Maybe i can find someone to kindle loan it to me.

Juli Valenti– I’ll kindle loan it to you.. I didn’t enjoy this as much as Natasha did. I thought it was a little degrading and violent. It’s probably a more realistic picture of motorcycle gangs, maybe too realistic. I read to escape reality.

Wow thank you Didi!!! My kindle is under Juli Valenti – email julivalenti@tampabay.rr.com :) you rock!! Thank you :)

Love your review. Fits to the tee. Loved this book.

Diamond in the rough! I loved this book even though at times I felt like I shouldn’t. Surprisingly one of my favorites. Great review :)

Spot on review. Might be my favorite book ever, and that’s saying alot, because I read a ton of them. It’s not for the faint of heart, but what a story! (Juli – it’s so worth the purchase.) I love your blog Natasha. We have the same taste in books, and you write great reviews. Your picture at the to of your page makes me smile every time I see it.:).

When I first started to read this book I did nt know if I could carry on with it. But you have given a great review I absolutely loved this book it’s true not your modern day Romance but a love story over a few decades.well worth the read

This is a super intense book. I can’t wait for Danny and Ripper’s book.

GREAT Review! So eloquently stated. I agree this book is a guilty pleasure, I know I should’t love it but I did! I cant wait for Unbeautifully!
StacyHgg

Wow, your review is on the money and I couldn’t agree more. Started and finished this book in a day … couldn’t put it down, wanted to at times but needed to find out how it ended. I’m still a little shocked at how much I liked this book given some of the issues and events but it all made sense in Eva and Deuce’s world which Madeline Sheehan crafted masterfully.

I love this that you wrote: “This is the grittiest guilty pleasure I’ve ever had feeding my imagination and manipulating my senses, literary crack at its finest, but it is also one of the most romantic stories I have ever read.”

Thank you, I hope others find and read this book … it is an incredible ride.

Can’t wait to read this book!!

I read this book awhile back. Your review is spot on! I loved this book and a lot of people couldn’t understand the attraction of it. You explained better than anyone why this book is so great. Thanks for expressing in such a great way, what I felt about this book!

Thank you sooo much for the amazing and accurate review. It was exactly as you said, gritty and so full of love all rolled into one. Not sure what to read next….. kinda don’t want to lose it just yet.

You’ve been nominated for the Very Inspiring Blogger Award by me, because your passion for what you do is painted all over this blog like a breathing work of art and it inspires me :-)

Your review was perfect for these books. I agree there must be some Jedi mind trick going on because I have read this book twice, not and have found nuisances that make me love them even more.
I love that you are willing to have an open mind for non conventional books, your reviews help to influence others to tap into these gems in the reading community.