The first time it happened, it seemed like an impossible miracle. Bills were piling up, adding up to more money than I could ever make. Mom’s hospital bills. My baby brother’s tuition. My tuition. Rent. Electricity. All of it on my shoulders. And I had just lost my job. There was no hope, no money in my account, no work to be found. And then, just when I thought all hope was lost, I found an envelope in the mail. No return address. My name on the front, my address. Inside was a check, made out to me, in the amount of ten thousand dollars. Enough to pay the bills and leave me some left over to live on until I found a job. Enough to let me focus on classes. There was no name on the check, just “VRI Inc.,” and a post office box address for somewhere in the city. No hint of identity or reason for the check or anything. No mention of repayment, interest, nothing…except a single word, on the notes line: “You.” Just those three letters.

If you receive a mysterious check, for enough money to erase all your worries, would you cash it?

The next month, I received another check, again from VRI Incorporated. It too contained a single word: “belong.”

A third check, the next month. This time, two words. Four letters. “To me.”

The checks kept coming. The notes stopped. Ten thousand dollars, every month. A girl gets used to that, real quick. It let me pay the bills without going into debt. Let me keep my baby brother in school and Mom’s hospice care paid for. How do you turn down what seems like free money, when you’re desperate? You don’t. I didn’t.

And then, after a year, there was a knock on my door. A sleek black limousine sat on the curb in front of my house. A driver stood in front of me, and he spoke six words: “It’s time to pay your debt.”

Would you have gotten in?

“You’re here because I own you, Kyrie.”

It is with great sadness and disappointment that I write this review today. I have loved every single book that I have ever read by this particular author, her stories always having the power to transport me into a world where all my senses are heightened, my emotions no longer my own, a world where I become one with the characters. However, that was not the case with this book. From reading the excerpts, I was certain this story would be right up my alley, never doubting for a second my overall enjoyment of it. But I guess not all stories are for everyone, and this one simply was not the one for me.

“I own you but you will submit to me willingly.”

The premise of the book itself is pure brilliance. Kyrie, a girl struggling to make ends meet—the only provider for a mother who requires constant medical attention, and a younger brother who is still in college—receives a mysterious but desperately needed cheque in the mail with no accompanying explanation. The cheques keep arriving month after month, their substantial value allowing Kyrie not to worry about money for the first time in her adult life, but the mystery behind them never lessens, four cryptic words on the first three cheques making it certain that nothing in life comes for free: You Belong To Me. And that there would come a day when someone would eventually come to collect.

“What—what are you going to do to me?”
“Everything. But nothing you won’t enjoy.”

A year later, her ‘benefactor’ sends for her, her compliance never being in question as the alternative of paying back the funds is unfeasible, and so the real mystery begins. A world of opulence and luxury, her every need and want met, an excessively affluent but tenaciously private man behind it all, whose attentiveness is only matched by his insistence on withholding his identity from her and gaining her trust first—the story is unravelled slowly and methodically, the chemistry between them being and remaining the focal point of the story itself.

“Have you ever really given yourself to a man before? I don’t think you have. And certainly never to a man like me.”

“You can scream as loud as you want, sweet thing. No one can hear you.”

Regrettably, though, my senses remained unaffected. As ‘out there’ as some sex scenes were, I failed to feel anything more than a slight shiver from time to time, their mood never quite reaching my sensory receptors. And I was desperate to FEEL. I found myself wanting to skim over the most intimate scenes between them, making me question my own sanity in the process. I never connected with either of the leading characters, nothing in their given traits appealing to me on a personal level or making me understand their actions. Their behaviour felt erratic, disjointed at times, the heroine’s in particular as hers is the only voice we get to hear. Her awkward internal monologues designed to give us an insight into her feelings and doubts made me cringe, their pseudo-philosophical tone sounding out of place and forced to serve the storyline rather than providing a foundation for it. I never understood either character, simple as that, and I wish more time had been spent on moulding them into credible human beings instead of inundating our heads with unnecessary references to pop culture, garments worn by the characters or exclusive brand names. They added nothing to the overall mood of the scenes, other than a level of superficiality that I am not sure this story demanded. The entire story overflows with details, conflicting ones at times, and lacks the actual ‘glue’ keeping it together.

“It looked a bit like the dress Jennifer Lawrence wore to the SAG awards.”

When the time came to ‘assemble’ it all, the backstory plotline felt sudden and rushed, almost as if it did not belong in this book, and I walked away dissatisfied, unmoved, frustrated, never wanting to hear the words you are mine again in my life. And I am still unhappy. I am unhappy that this story is so inconsistent with this author’s previous works, I am unhappy that this industry is tailoring the stories that are written rather than the other way around, and I am unhappy that I am unhappy. Because all I sought was an escape and the only thing I wanted to escape from were these characters. But I also have no doubt in my mind that this book will find its willing audience that will love every moment of it. 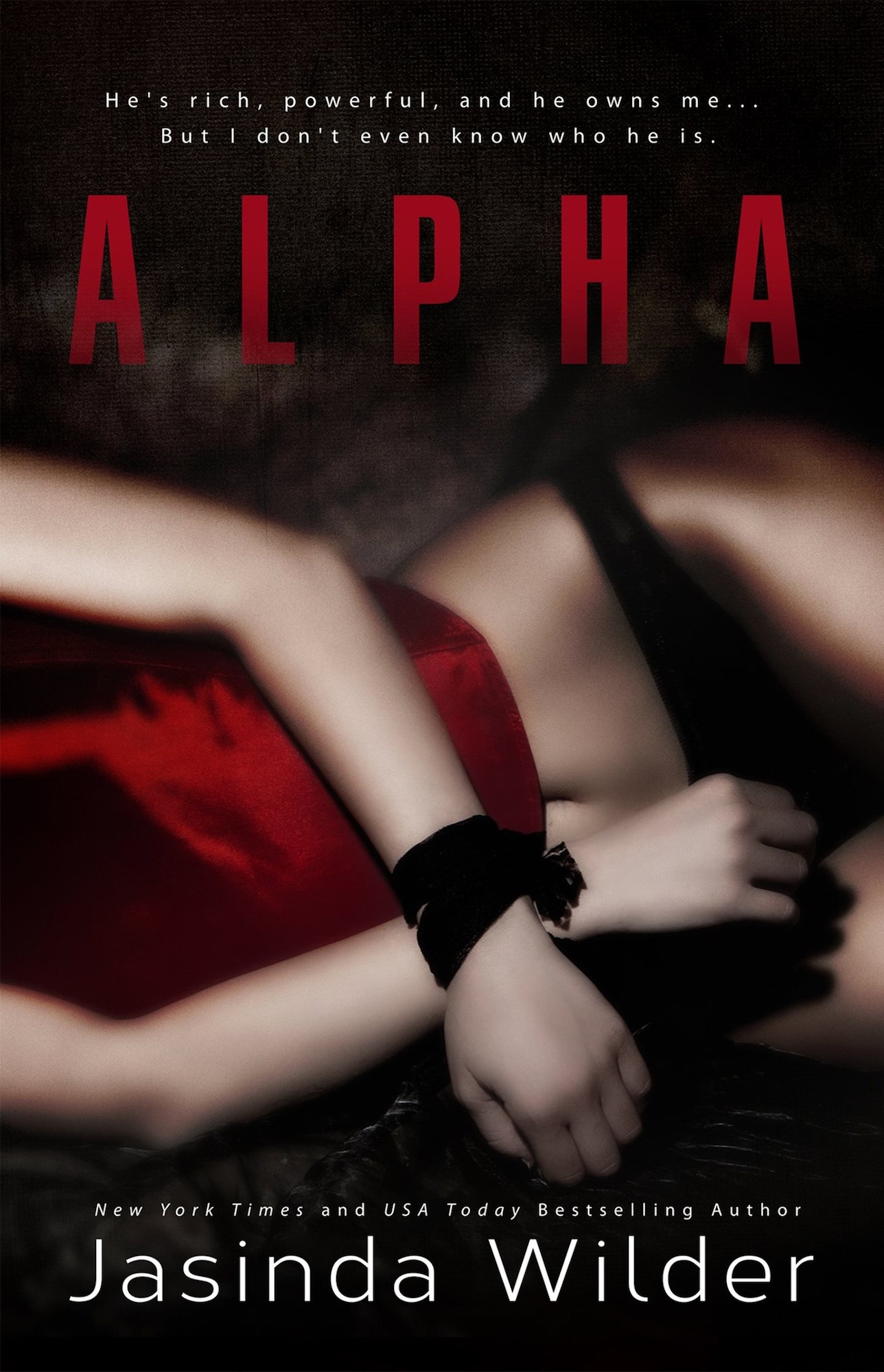 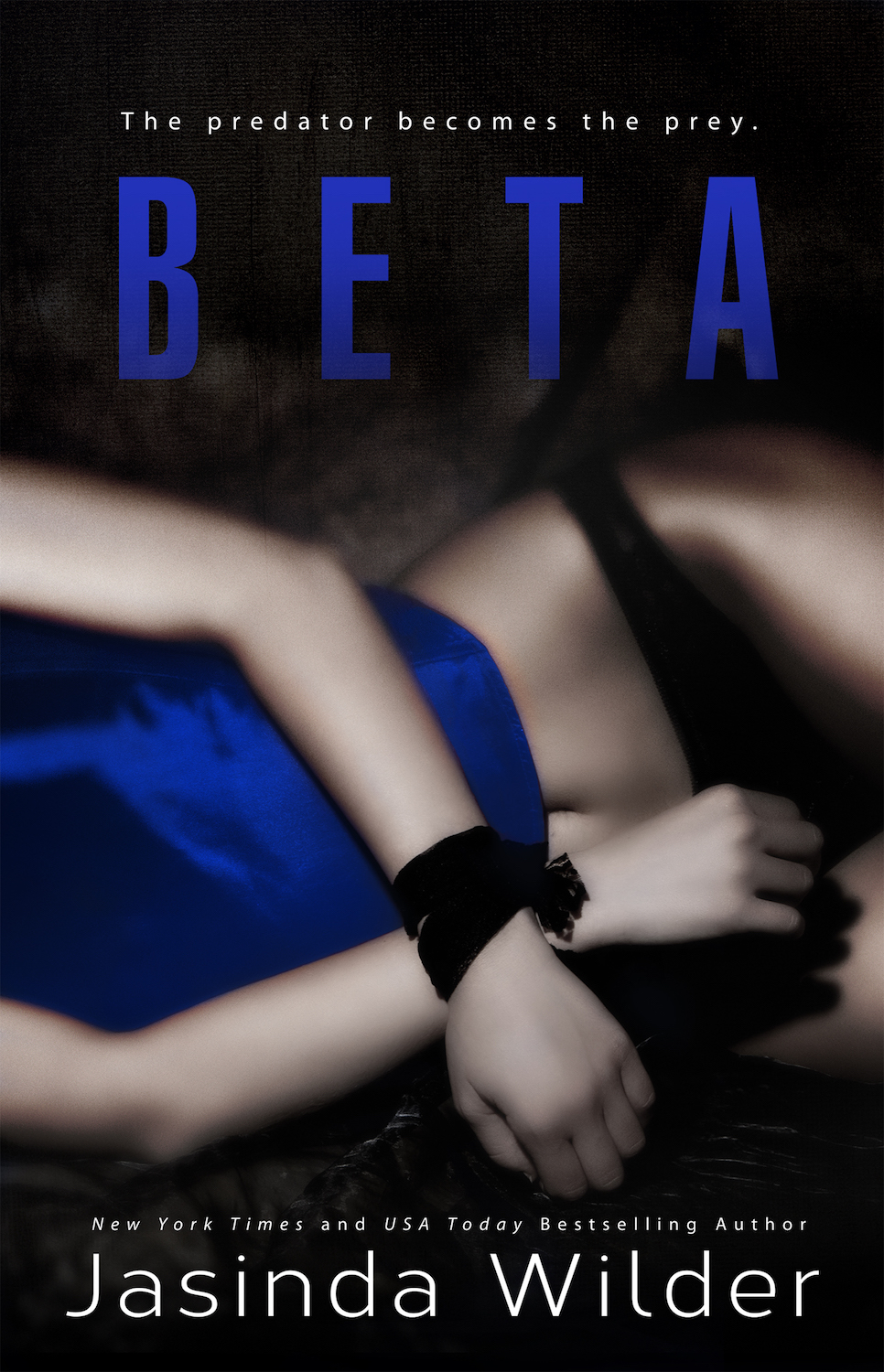 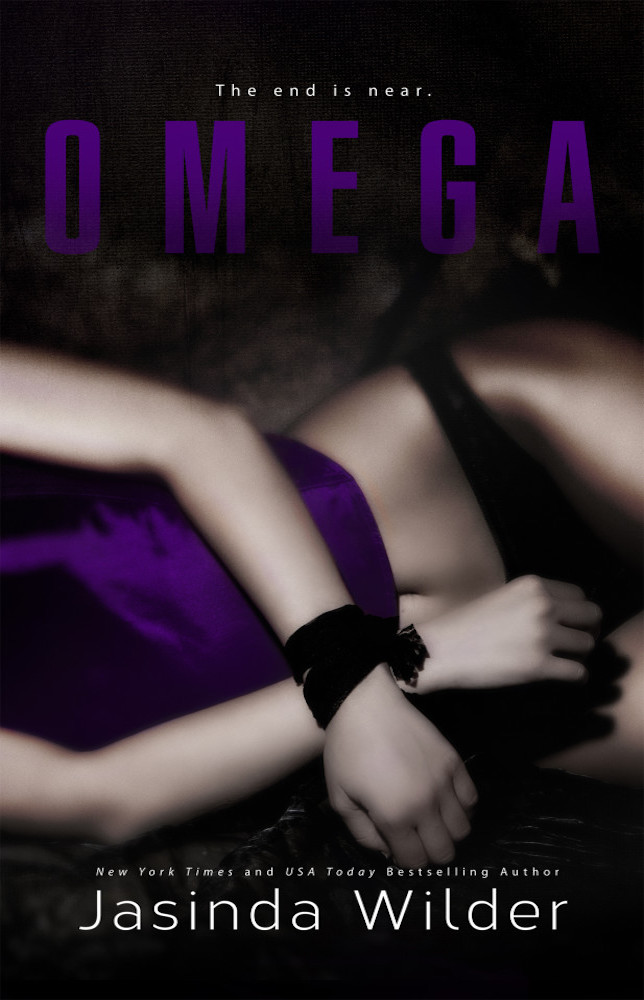 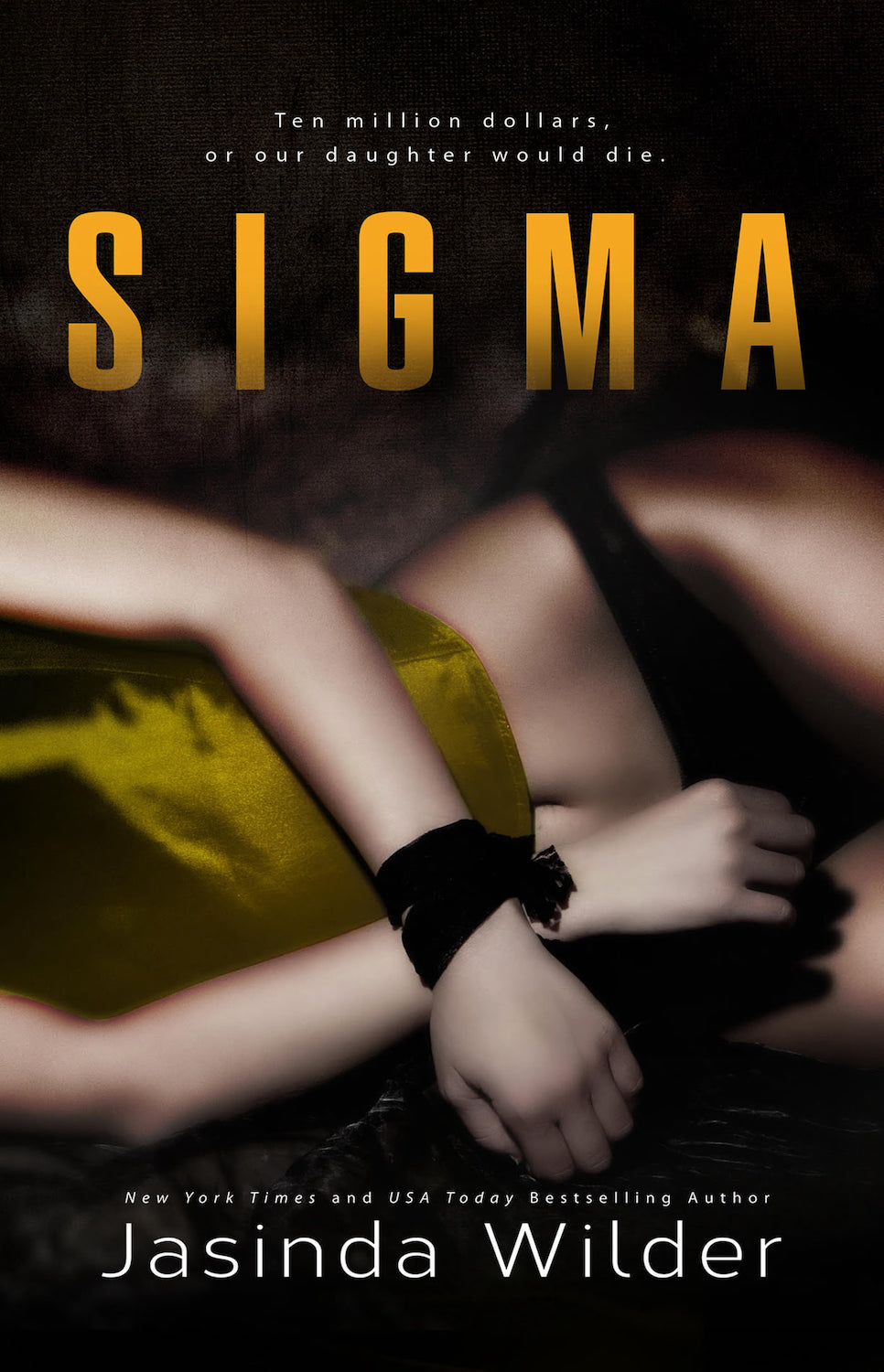 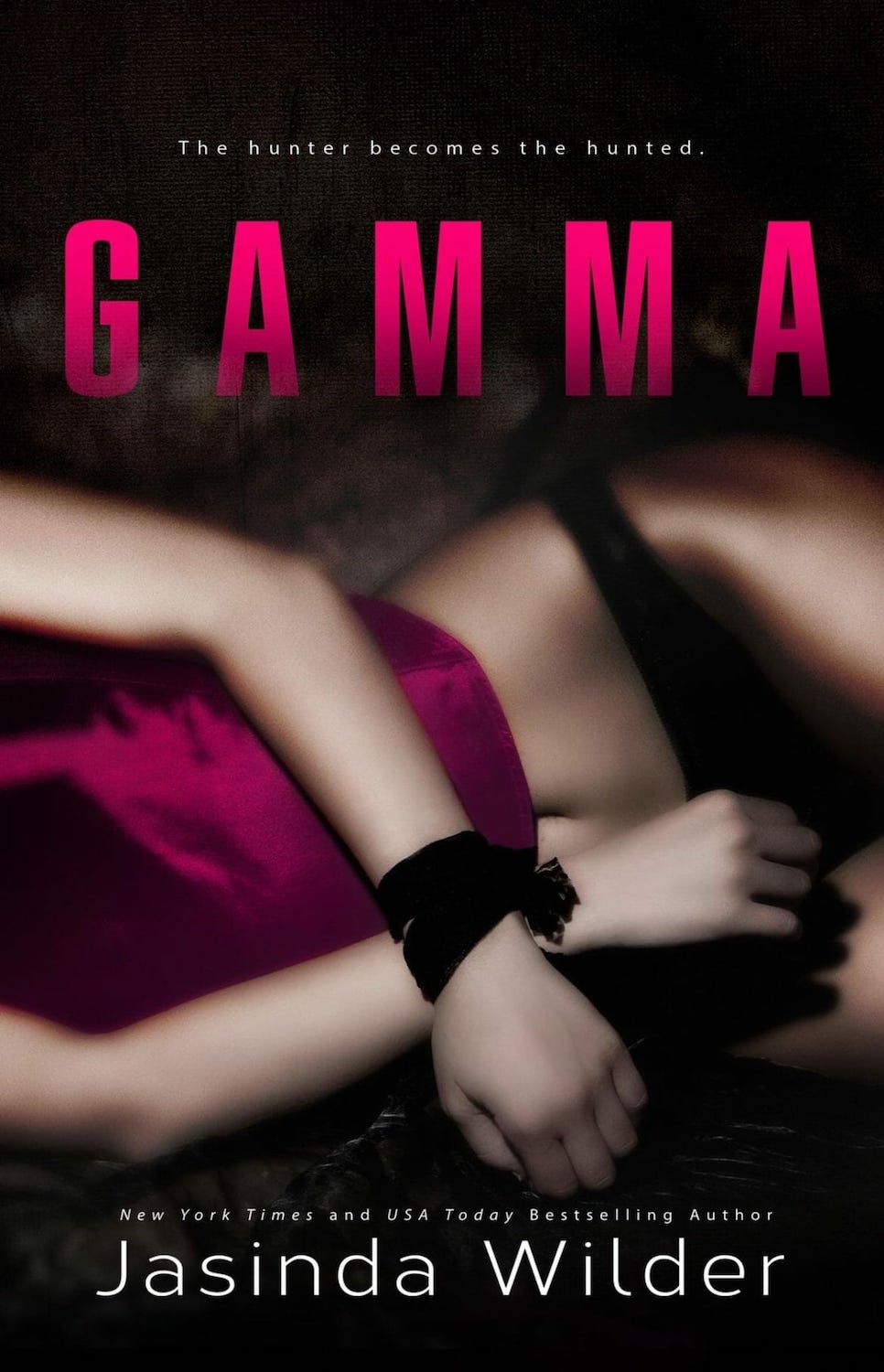 This just proves that your a REAL blogger who cares about her fellow readers. I’m sure its easy for bloggers to recommend every book to keep the authors happy but when the reader buys it and reads it, we blame the blogger if we don’t enjoy it. I’m sure Jasinda’s sales won’t suffer a huge blow from this review but I really appreciate your honesty. It’s refreshing.

Kudo’s to you Natasha!

Your review was spot on. I’m a huge fan of Jasinda’s and this book was nit one of my faves. It just seemed to rushed.

I’m an author, so your review for me, personally, was a good reminder for all the following: 1) to take my time as a writer with the writing and not rush it; 2) to deftly handle the story line and ensure characters are well-developed and complex; 3) to continue to hold fast to my convictions for a compelling “story.”

Of course, authors need readers and everybody wants to be loved all the time, but we must also appreciate honest feedback and learn from it, so we can write better the next time. Right? I think that’s what you did here, and your last paragraph is a fantastic reminder of why all readers read, including me!

Thank you for that. I’m going to print it off and hang it on my office wall.

Your review is spot on! I have never before wanted to skim through the most intimate interactions. It’s not a story to me; instead, this is all about sex. I need characters I care about and a storyline that draws me in.