When Ruby Miller’s boss announces he’s sending her on an extended business trip to New York City, she’s shocked. As one of the best and brightest young engineers in London, she knows she’s professionally up to the task. The part that’s throwing her is where she’ll be spending a month up close and personal working alongside—and staying in a hotel with—Niall Stella, her firm’s top urban planning executive and The Hottest Man Alive. Despite her ongoing crush, Ruby is certain Niall barely knows she’s alive…until their flirty overnight flight makes him sit up and take notice.

Not one for letting loose and breaking rules, recently divorced Niall would describe himself as hopeless when it comes to women. But even he knows outgoing California-girl Ruby is a breath of fresh air. Once she makes it her mission to help the sexy Brit loosen his tie, there’s no turning back. Thousands of miles from London, it’s easy for the lovers to play pretend. But when the trip is over, will the relationship they’ve built up fall down?

My mind is still reeling because this book was my complete and utter undoing. I am writing this review while literally still hugging my now beloved paperback copy, secretly hoping that the beautiful words in it would somehow escape and infuse themselves into me forever. With one of the most phenomenal writing styles of our generation and flawless, iron-clad character development, this talented writing duo has given us once again an unforgettable, emotionally engaging storyline to become addicted to, this time with two incredibly intricate characters and a perfectly paced, meticulously crafted relationship that is never rushed, never even hurried, and solely driven forward by the characters’ emotional growth and self-awareness. I gobbled up every word, immersing myself into a story that had my attention from the get-go, and I fear I will never be able to fully express how much I truly adored this book.

“I’d been wrestling with my Niall Stella crush for six months, and I was pretty sure he still didn’t know that I was an employee at the firm rather than a regular takeout delivery girl.”

Ruby Miller is a twenty-three-year-old American intern at one of the largest and most successful engineering firms in Europe, now living in London. Attractive, smart, witty—Ruby’s open and honest personality shines through her every action, but is regularly stilted by her ongoing and downright distracting infatuation with her office crush—the very handsome but unreachable, Niall Stella. Fully aware that the object of her affections might not even be aware of her existence, she is happy to appreciate him from afar, relishing every moment spent in his presence, every stolen glimpse of the man who feeds her most intimate fantasies, but still secretly hoping that one day he’d notice her.

“What was it you said about repressed sexual energy?”
“Enough to power the whole bloody city, if you ask me. That’s where his real urban planning skill would come in—hooking himself up to the grid .”

Niall Stella is distinguished, reserved, his every step measured and poised, but behind that firm façade lies a man who is stuck in a rut of self-imposed boundaries and expectations, a man who struggles daily with regret and self-deprecation, his failed marriage having left a deep emotional scar that makes him question whether he could ever make a woman truly happy. His old-fashioned view on relationships and love in general is shaken from the moment Ruby enters his life, her vivacious and unrestrained personality, coupled with the kind of openness and honesty that is foreign to him, drawing him out of his shell and forcing him to push his own limits.

“Do you think I’m weird?”
“Yes, weird in the sense that you are unexpected and I am rarely surprised by people. I think you rather exquisite.”

When they find themselves together on a month-long business trip to New York City working alongside each other every single day, they quickly discover that their greatest difference lies in the way they perceive relationships and the way they each process the growing emotions they feel for one another. An extrovert by nature, Ruby’s honest and communicative disposition shakes the very foundations of Niall’s introverted, quiet reserve, making him feel adventurous, interesting, fun for once—sides of himself he never got to see during his decade-long marriage to a woman he barely knew. Everything he feels for Ruby is new to him, part of the uncharted territory of his inexpressive personality, thus forcing them to commence a carefully paced, open and honest exploration of what a sexual relationship between two such opposites might entail. And what it would take to overcome all the emotional hurdles standing in their way.

What starts as a sexy, rather flirty storyline, quickly morphs into an even sexier but deeply emotional romance that is truly remarkable in its approach to the way these characters learn to discover one another, and themselves in the process. We hear both their voices throughout the story, that precious insight into both of these characters making us appreciate their deepest fears and hang-ups a lot more intimately.

I laughed, I cried, I felt my body burn from the sheer sexiness of too many scenes in this book to count, never knowing a guy merely touching a woman’s calf could make me literally combust in my own skin like that. And I felt every single emotion these extraordinary authors had expertly woven into this story. Their signature climax in the end carries that sweet punch of angst that we’ve become helplessly addicted to, perhaps even pricklier this time around as it left me a sobbing mess in its wake, only standing to show that there is no emotion these authors are unable to stir in their readers. A beautiful read, an astonishing love story, a couple whose journey I understood and felt from beginning to end—this is a book I would recommend with all my heart.

“And what if after the rush of conquest wears off, you’ll realize that I’m not what you’ve built me up to be?”

I raced to the door, stopping to double-check the modesty of my robe before I let the waiter in, because it was far too early to find the humor in any accidental wardrobe malfunctions.

I signed the bill and was just closing my door when Niall Stella walked down from the elevators.

Holy hell. He had been to the gym.

The Number of Times I’d Seen Niall Stella Sweaty: One.

I tried to covertly look him over, but subtlety was a wasted effort. I thought Niall Stella knew how to wear a suit, but he wore T-shirts like it was his life’s calling.

I wanted to pray at the altar of his dark, sincerely tight blue shirt. He wore it so unself-consciously. So unironically. Knowing him, he picked it out for some complicated aerodynamic reason. And holy lord did it do wonderful things to his chest.

His posture was straight, stomach flat, and chest defined and bulkier than I’d expected. He wore what looked like soccer shorts and his legs were just as muscular as I imagined. Seeing him like this, I was struck by his height all over again. I was on the tall side and I’d never been around a man who made me feel so tiny and feminine.

This close to him, and with the clean scent of his sweat between us, I was starkly aware of my curves, my mouth, and how he towered over me by several inches.

Without effort, everything about him was so dramatically masculine.

“Room service delivery of Fritos?” he teased, and motioned to my robe.

I looked down and laughed. “I was planning on wearing this for the rest of the month, hope that works for you.” I tugged on the tie and watched as his eyes followed the movement.

I wanted to reach out and drag him to me, using the neck of his shirt to pull him down on the bed. Or maybe I could wrap the sweaty hem of it around my wrist, use it for leverage while he fucked me from behind . . .

I felt my cheeks grow warm.

He leaned a broad shoulder against the wall, facing me. “The dress you wore last night was rather lovely. Perhaps you could alternate days?”

“That’s a good idea,” I said, feeling an enormous grin invade my face. I pretended to smooth the skirt of the robe down my thighs. “This might be a bit drafty.”

Nodding, he seemed to bite the inside of his cheek to keep from smiling. “I suspect it would be.”

“All right. Let me shower and I’ll meet you downstairs?” he asked as I turned to go back in my room.

Imaginary Secretary, please add Watching Niall Stella Shower to my bucket list. Move it to the top, if it’s not too much trouble.

He nodded once crisply. “I’ll be fast.”

“No,” I said, too loud, too quickly. I closed my eyes, inhaling a calming breath. “Take your time.”

He paused with his keycard inserted into the door next to mine and looked over his shoulder at me. The tiny smile told me he read every thought on my face before I had a chance to pull it into order.

“All right?” he asked quietly.

His eyes twinkled with some mysterious delight. As if he enjoyed my absolute, desperate torment. “Right, then. 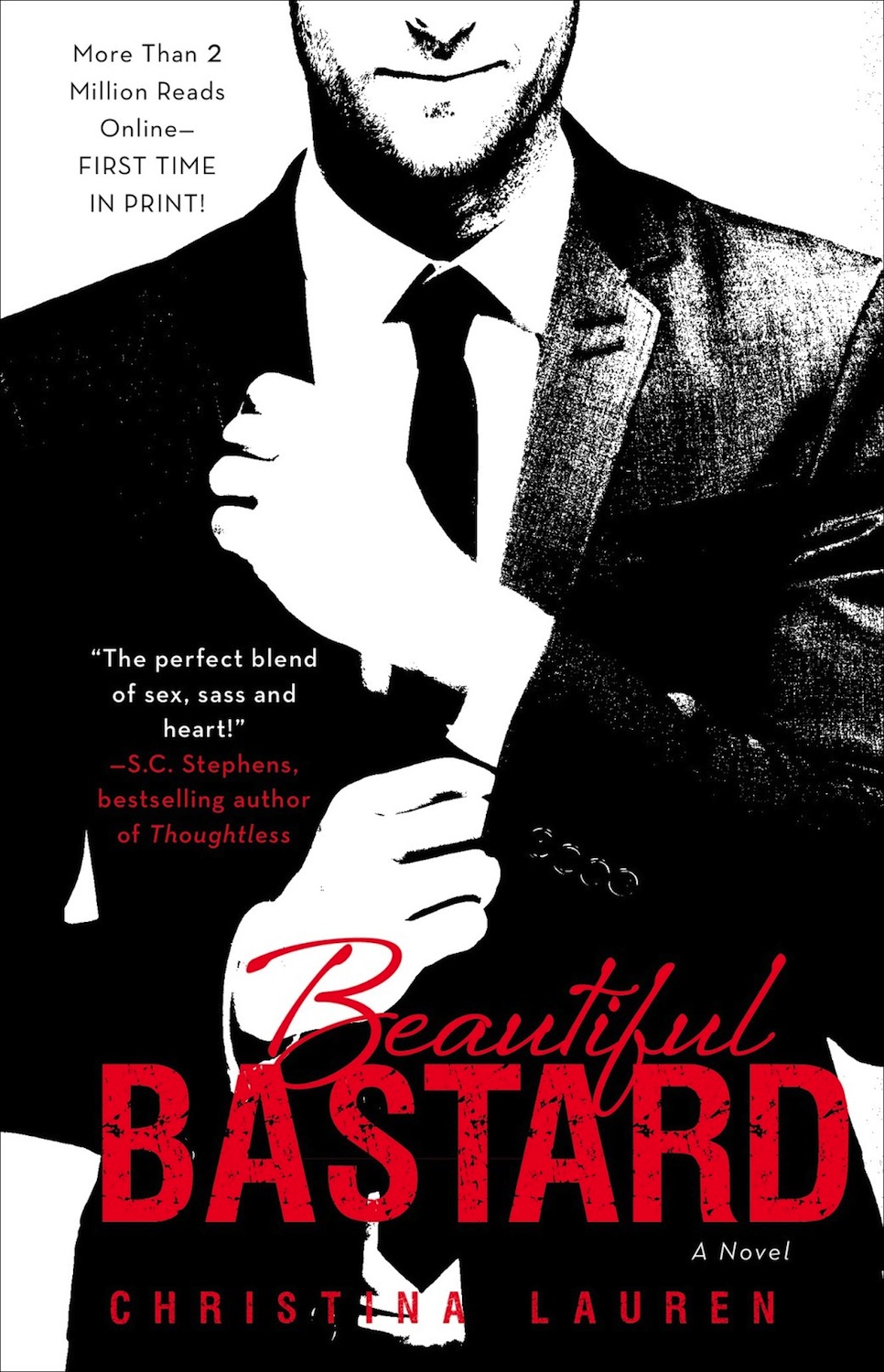 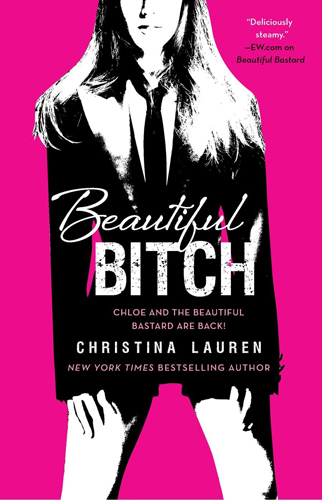 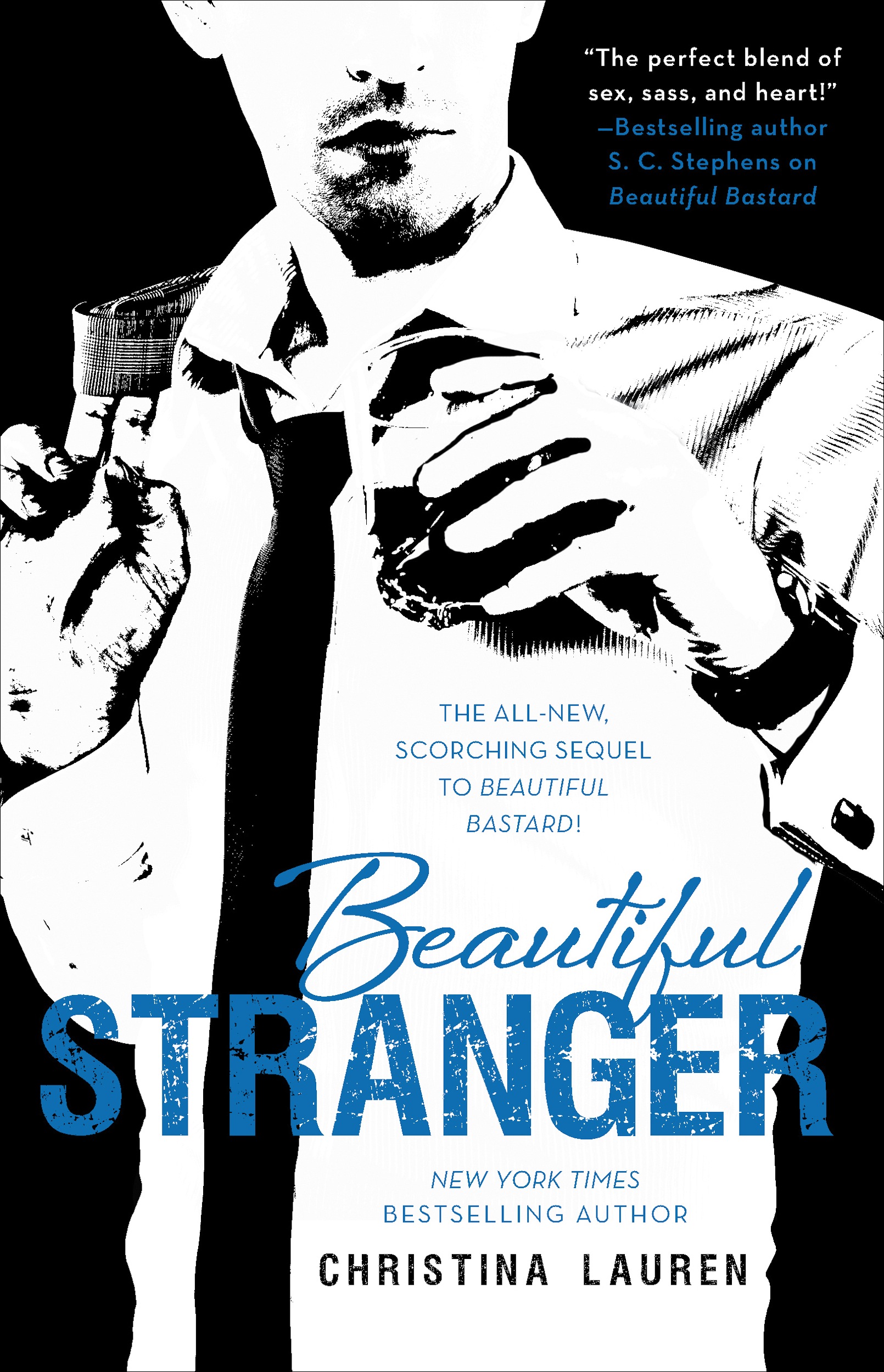 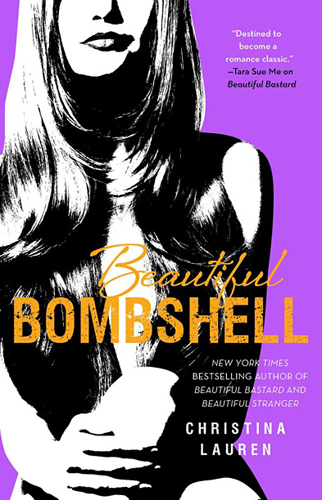 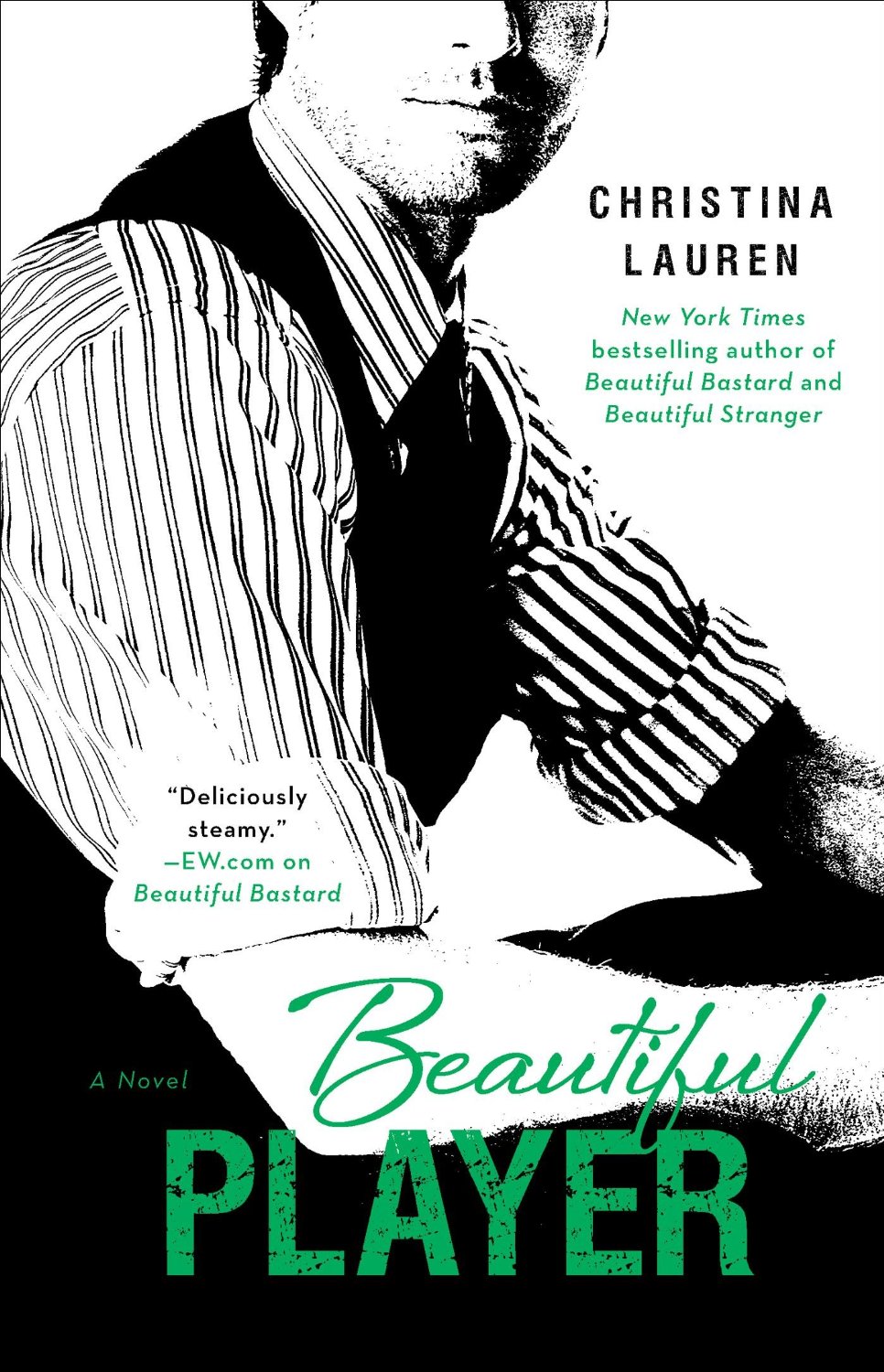 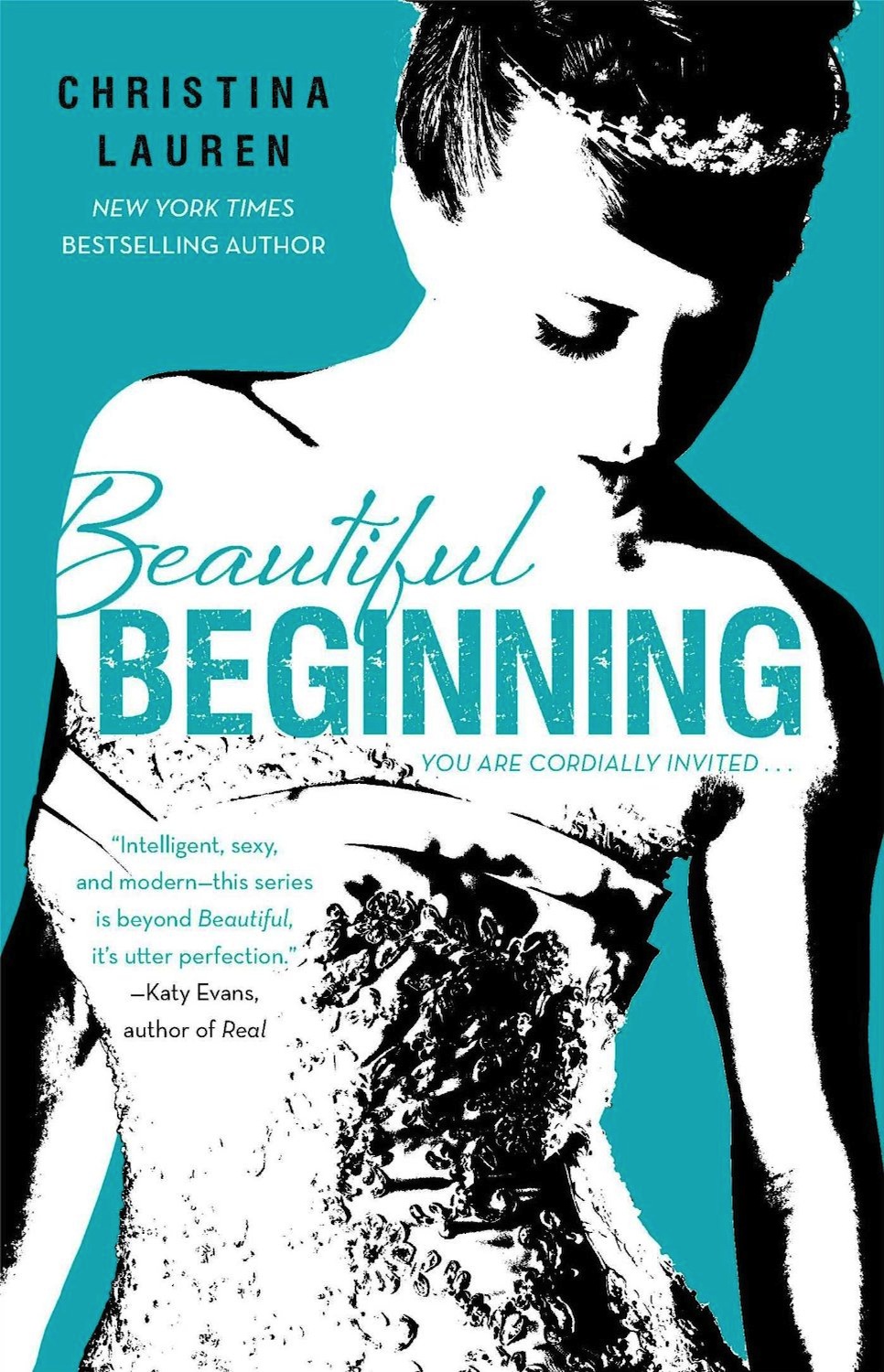 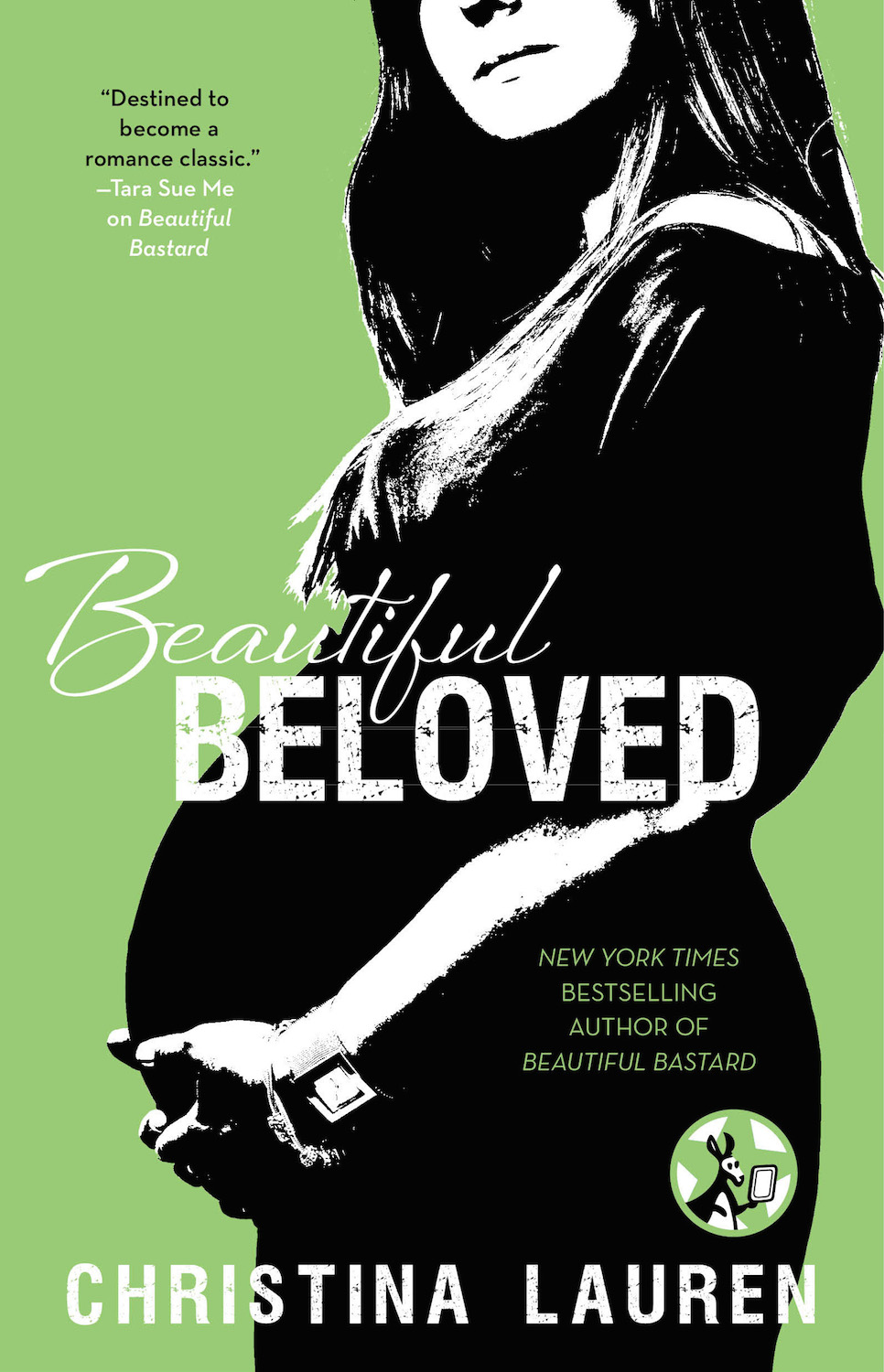 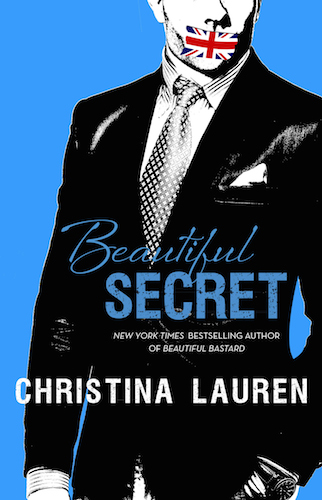 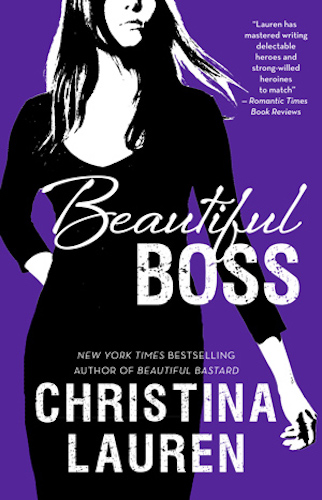 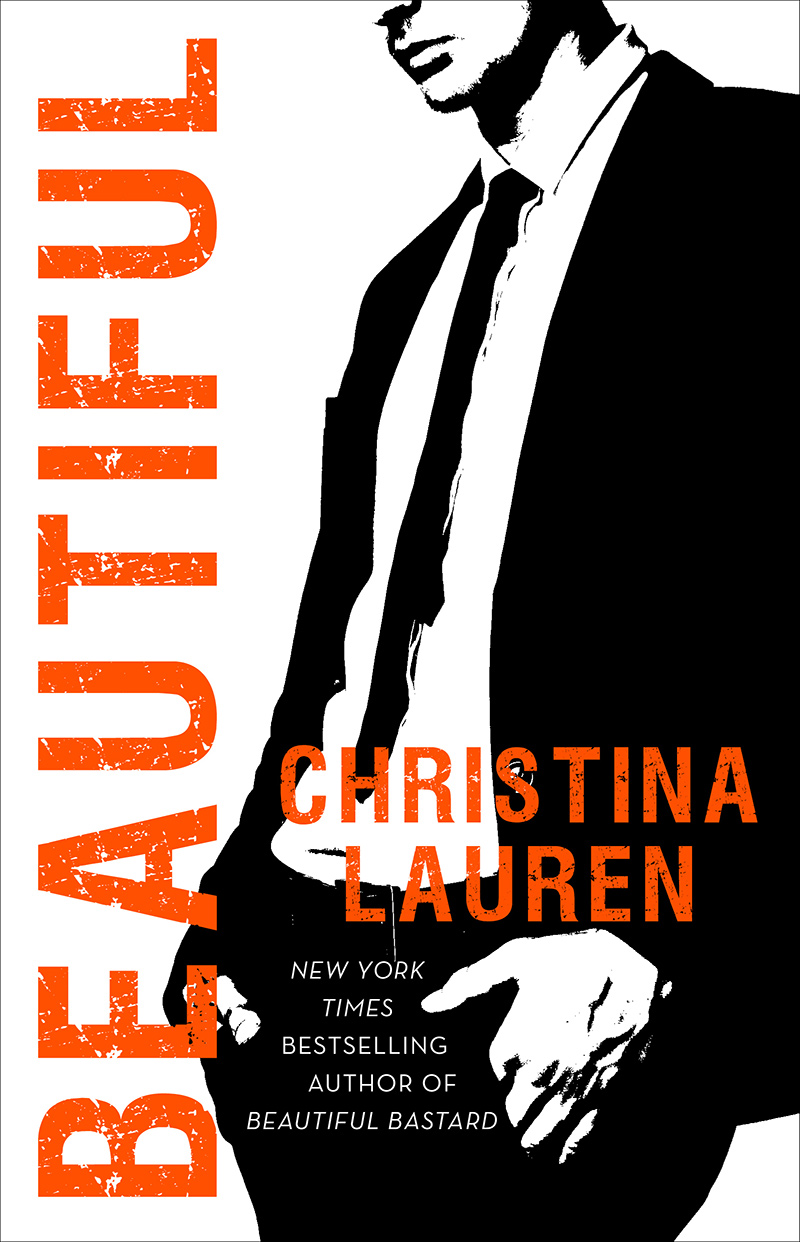 Love, love, loved this book!! Just finished it yesterday! And even though I have too many books to move on to, I’m doing a re-read. I absolutely adore Niall!! The dynamic between these two was so great, and the heat was off the charts! I think I blushed more with this book, than any before, yet it was all so subdued and reserved. SO GOOD! Love your review! I agree with it 100%.