In a world that denies emotions, where the ruling Psy punish any sign of desire, Sascha Duncan must conceal the feelings that brand her as flawed. To reveal them would be to sentence herself to the horror of “rehabilitation”–the complete psychic erasure of everything she ever was…

Both human and animal, Lucas Hunter is a Changeling hungry for the very sensations the Psy disdain. After centuries of uneasy coexistence, these two races are now on the verge of war over the brutal murders of several Changeling women. Lucas is determined to find the Psy killer who butchered his packmate, and Sascha is his ticket into their closely guarded society. But he soon discovers that this ice-cold Psy is very capable of passion–and that the animal in him is fascinated by her. Caught between their conflicting worlds, Lucas and Sascha must remain bound to their identities–or sacrifice everything for a taste of darkest temptation…

The ever-popular Psy-Challenging series by Nalini Singh has a cult following and after thirteen instalments, the cover of the first book in the series–Slave to Sensation–just got re-vamped!!! To mark this occasion, I am so honoured to be able to share with you a very special character interview with the one and only Lucas Hunter, Alpha of the DarkRiver Leopard Pack…

1. What’s it like being alpha of a leopard pack?

It’s what I was born to do—to protect my sprawling family, because Pack is family. My leopards are strong, independent changelings. I give them room to grow and to stretch themselves, and in return, they give me their strength and their loyalty.

It’s always been a deep instinct within me, though as a young child, I didn’t have a name for it. It was as a teenager that my dominance became so powerful that instinct turned into knowledge.

3. What have been the most critical moments of your life?

The first time my life shifted on its axis, I was a boy and I was covered in blood.

The second time, I was a man and sitting across a negotiating table from a cardinal Psy with eyes like the night sky. A cardinal who fascinated my leopard, even though she was ice-cold and businesslike on the surface. Everything changed at that moment.

4. What do you really think of Hawke? (spoiler question)

He’s a damn wolf. What’s there to think about?

I heard your mate thinks you two are friends.

Um, right, let’s move on to the next question.

5. Have you managed to get rid of The Toy That Shall Not Be Named? (spoiler question)

I’ve come to peace with it.

Yes—Naya’s clearly using the thing to practice biting and mauling wolves. That’s a good habit. I plan to encourage her to bite and claw hard, maybe tear off an ear to make the message clear.

6. Will you groom Kit to be your alpha replacement now that Kit is a full soldier? (spoiler question)

I—all of us—have been teaching Kit how to be a good alpha since the moment it first became clear he had the strength to be alpha. He didn’t know it then, though I’m sure he’s consciously aware of it now.

There is no rush, not for Kit. I became alpha at a very young age because it was right for me and necessary for DarkRiver, but Kit has no need to take up the responsibility so early. He can grow into his skin at his own pace.

When he’s ready to be alpha of a pack, he’ll know. At that point, he’ll have a choice. Stay with DarkRiver and become a sentinel, or create his own pack. Our ages are too close for him to be my successor and I’m too experienced for him to challenge (not that I believe Kit would ever choose the latter option – the bonds between us are too strong).

If I had to bet, I’d say Kit will form his own pack. The boy has the drive, the courage, and most of all, he has the heart of a true alpha, a heart that will draw others into his fledgling pack. But wherever he goes and whatever he chooses to do, he will always be a packmate, and DarkRiver will always have his back.

7. If the pupcubs turn out to be wolves, will they be DarkRiver or SnowDancer? (spoiler question)

This is new territory for all of us, but the healers say it’s likely they’ll make the choice soon after birth, driven by the primal instinct within. We’re predatory changelings. We need one alpha to whom to look. Neither Hawke nor I will get in the way of that choice, but regardless of what it is, the pupcubs will be born of two packs and will have entry into both packs in a way no others have ever had.

8. What does Naya think when you shift into a panther? Has she grabbed your tail and pulled on it while you’re in cat form? (spoiler question)

*laughter* Of course. She’s as curious as her mother. She’s also a changeling – she  knows I’m her papa, no matter what shape I take. She fell asleep on my back the other night while I was sitting on our aerie balcony in panther form. I could hear her tiny heartbeat, feel her soft warmth.

9. How’s the inter-pack dating situation going? Are you and Hawke bald yet? (spoiler question)

One more question. I have to return to pack business.

10. What are you planning to do tonight?

Have a meeting with my sentinels, cuddle Naya, kiss and play with my mate. Life’s good. 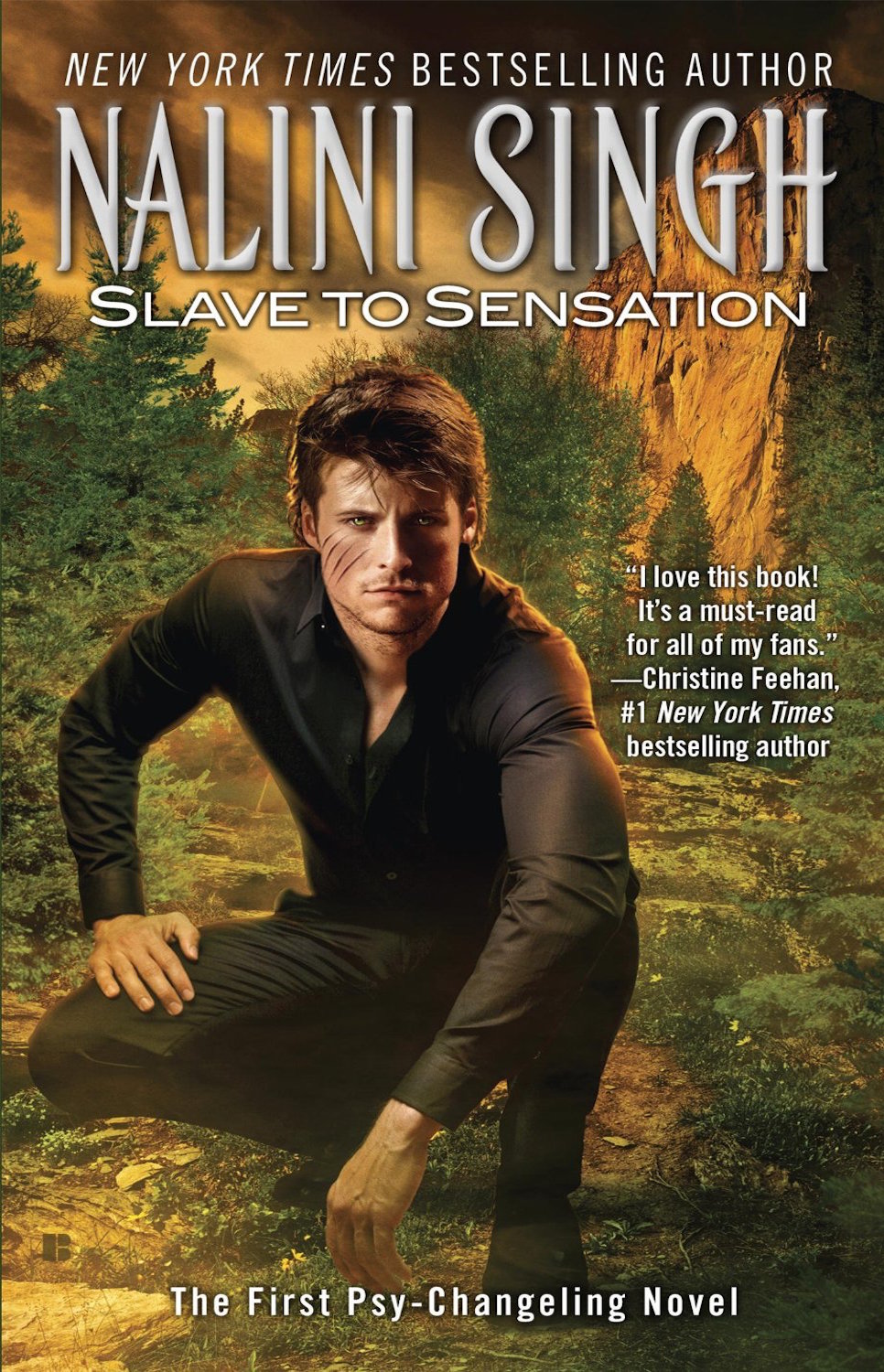 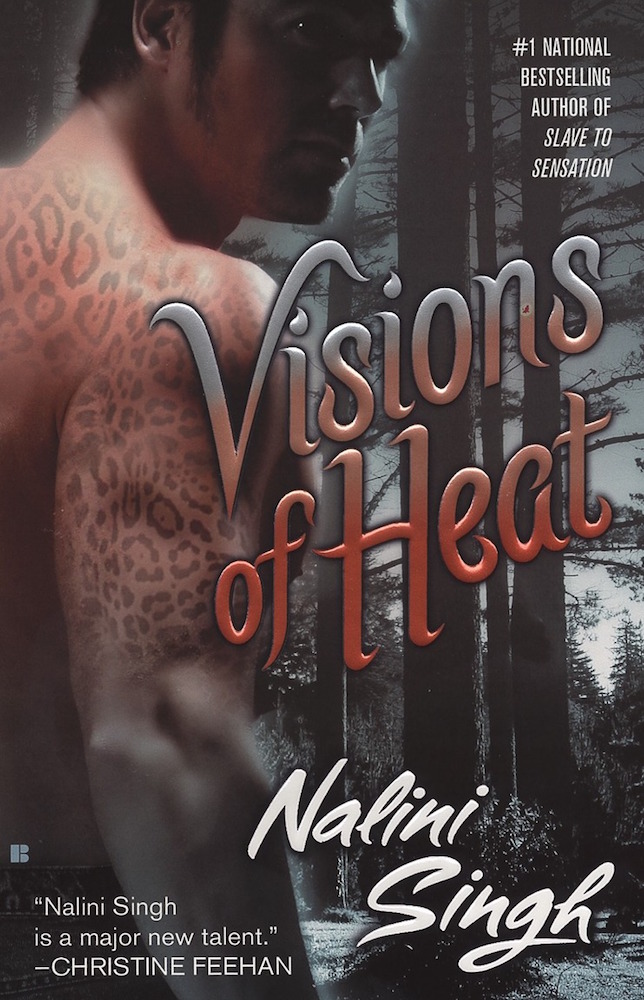 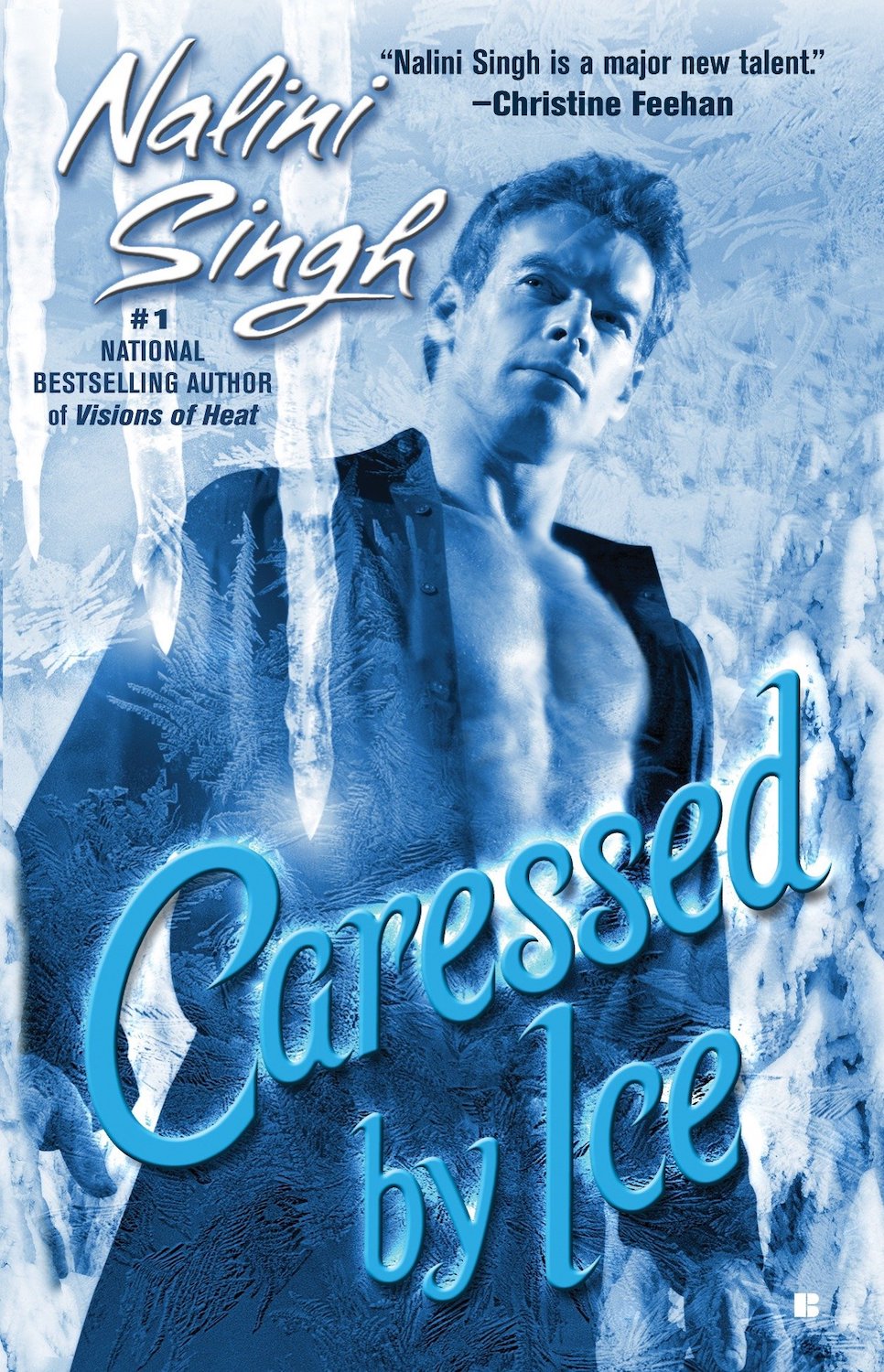 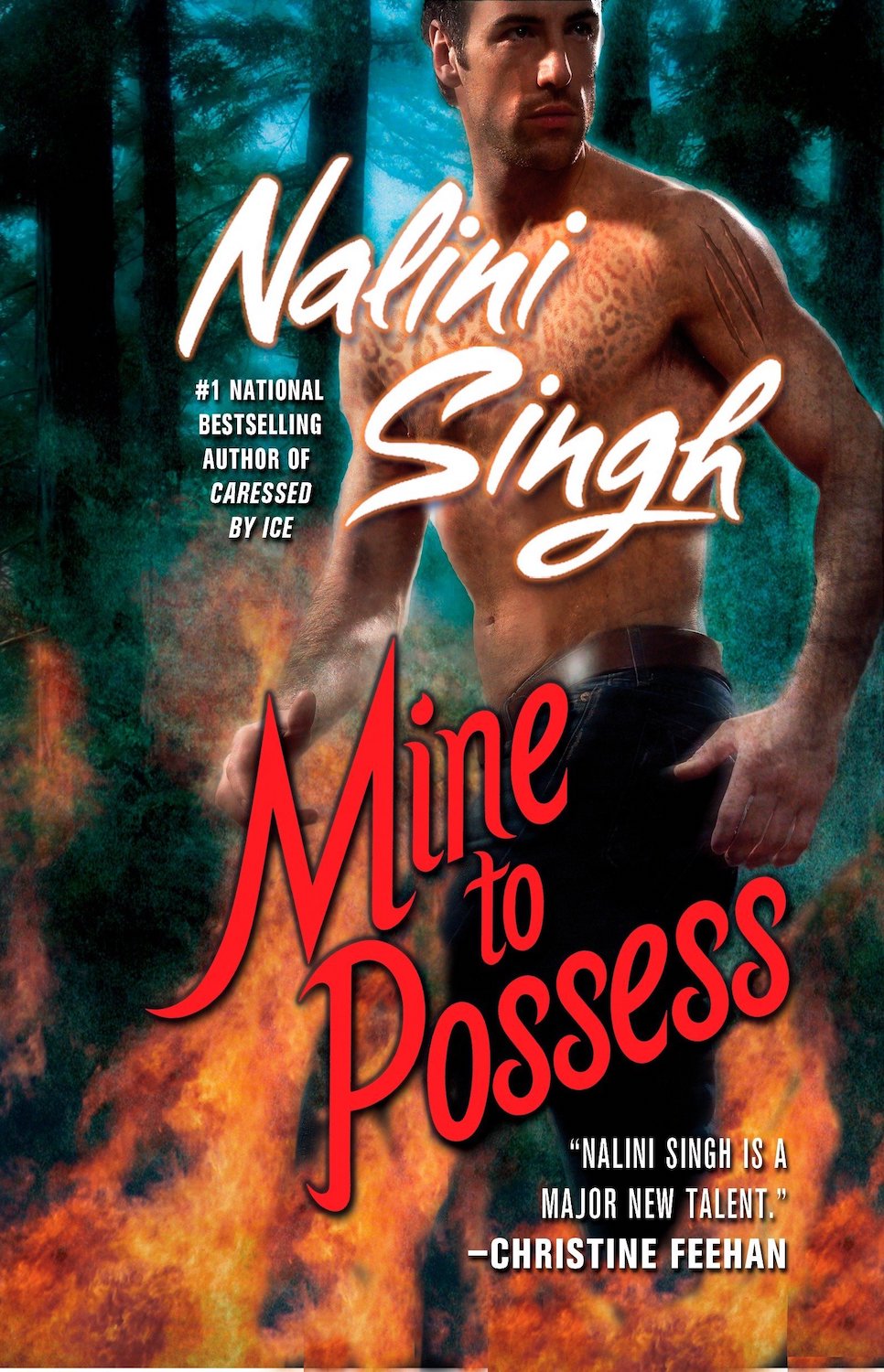 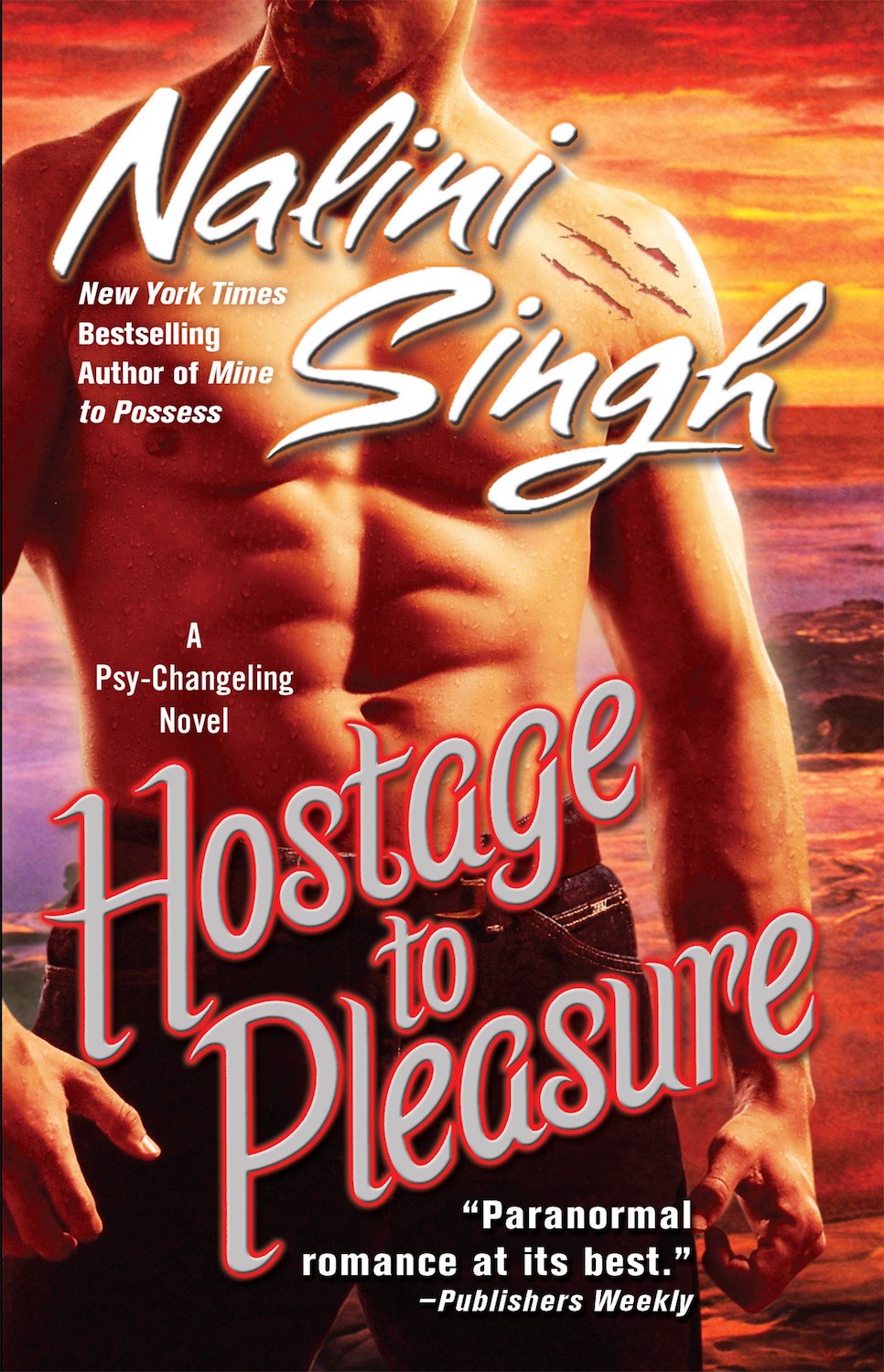 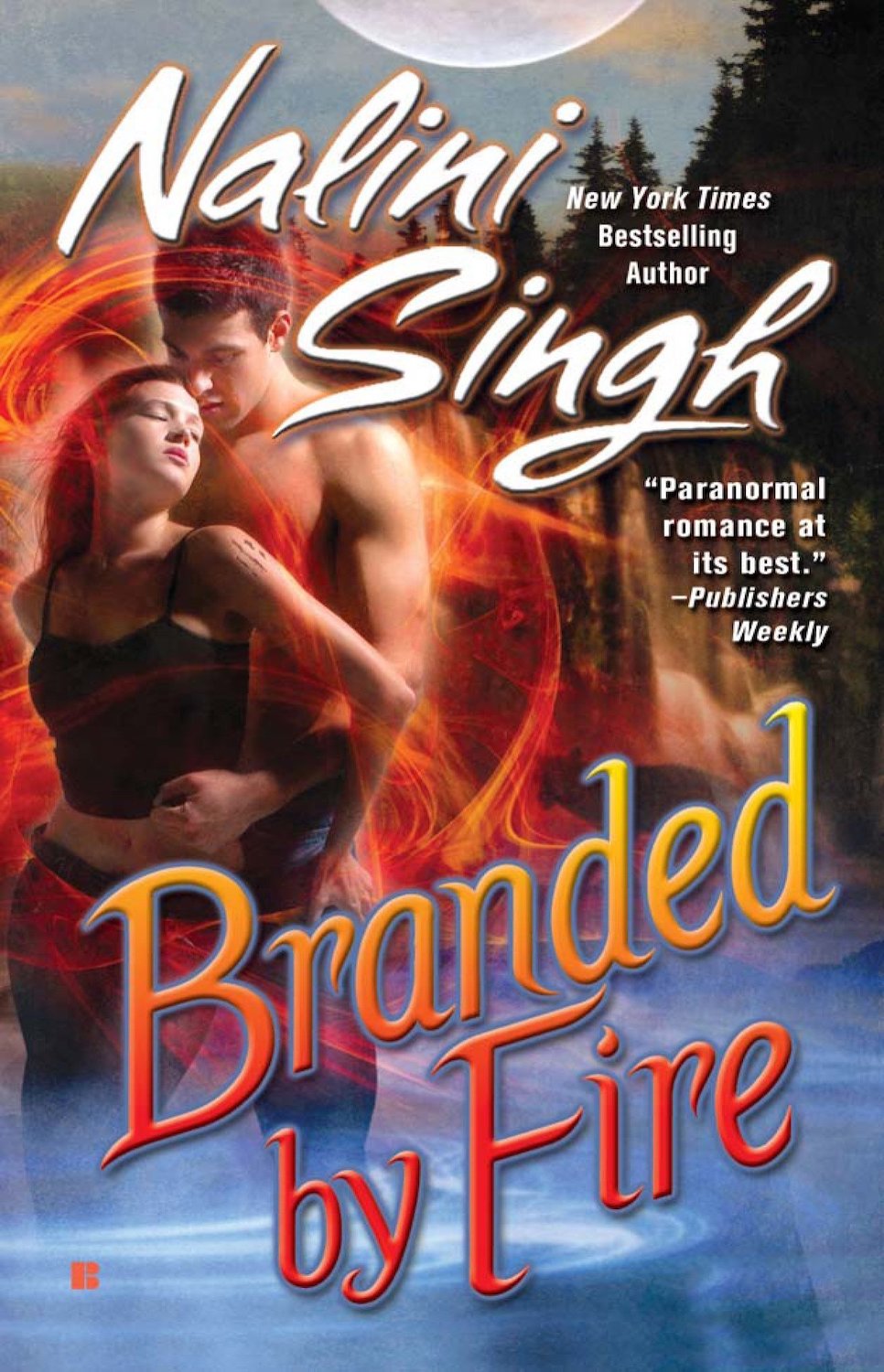 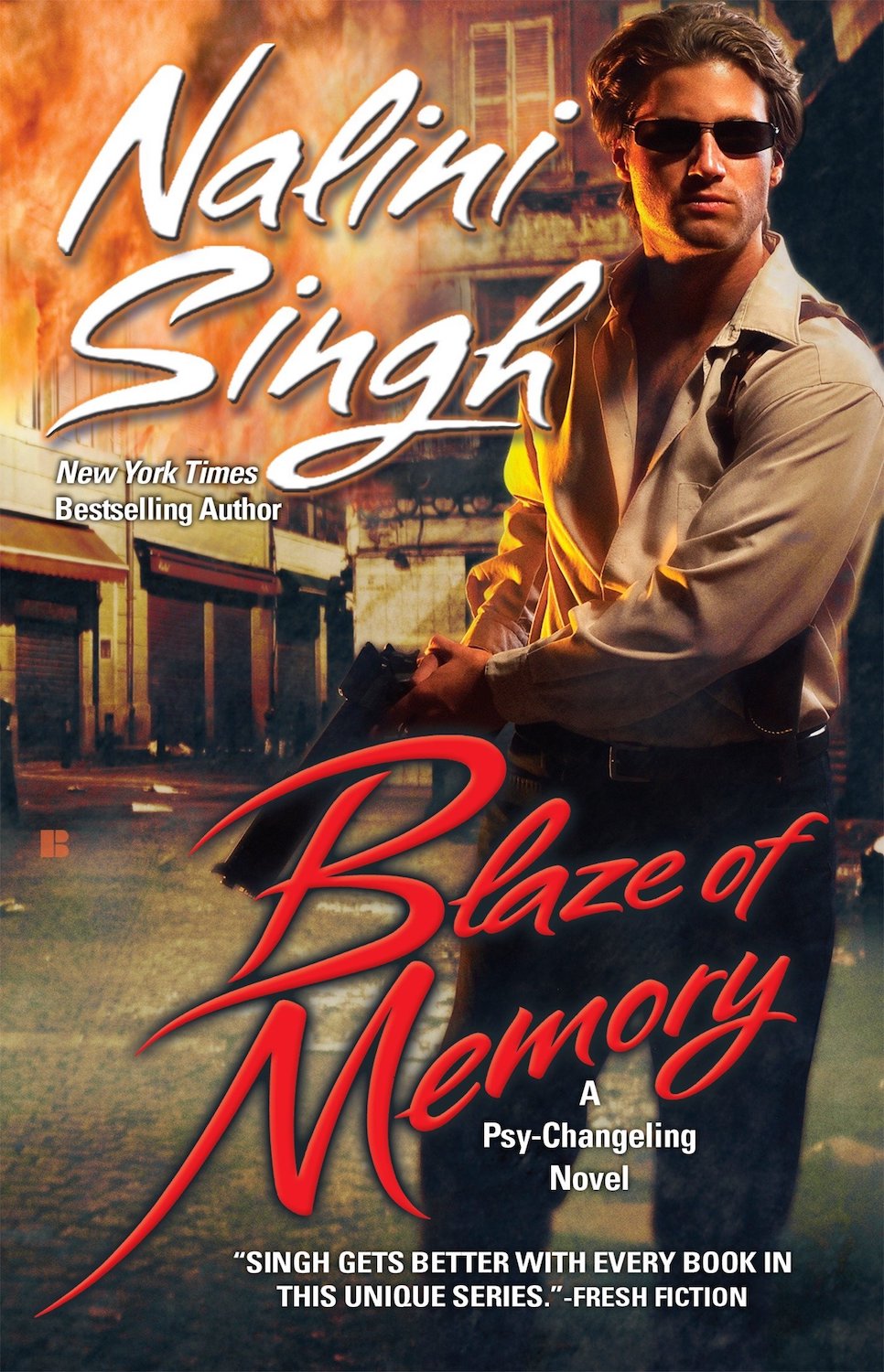 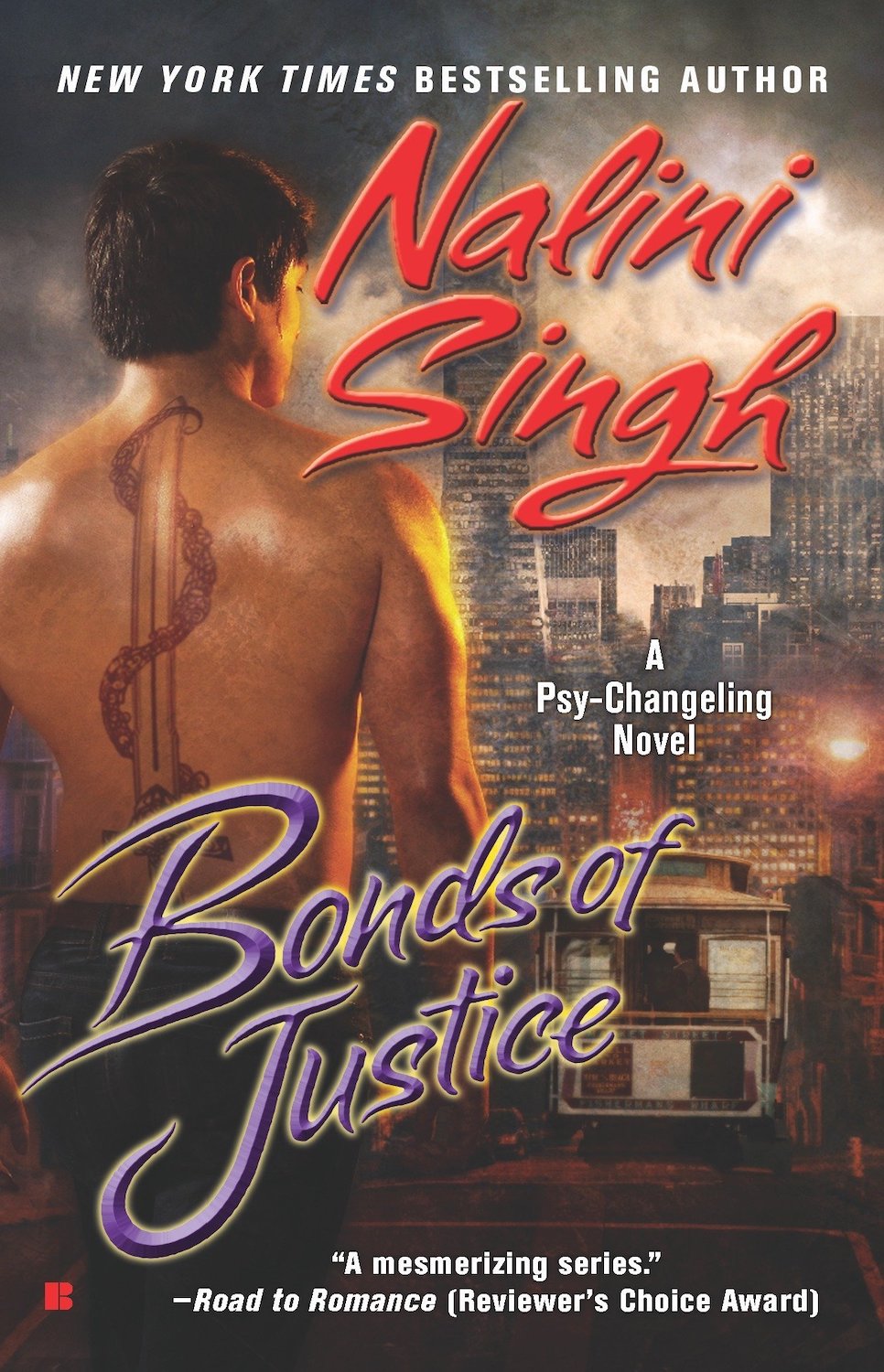 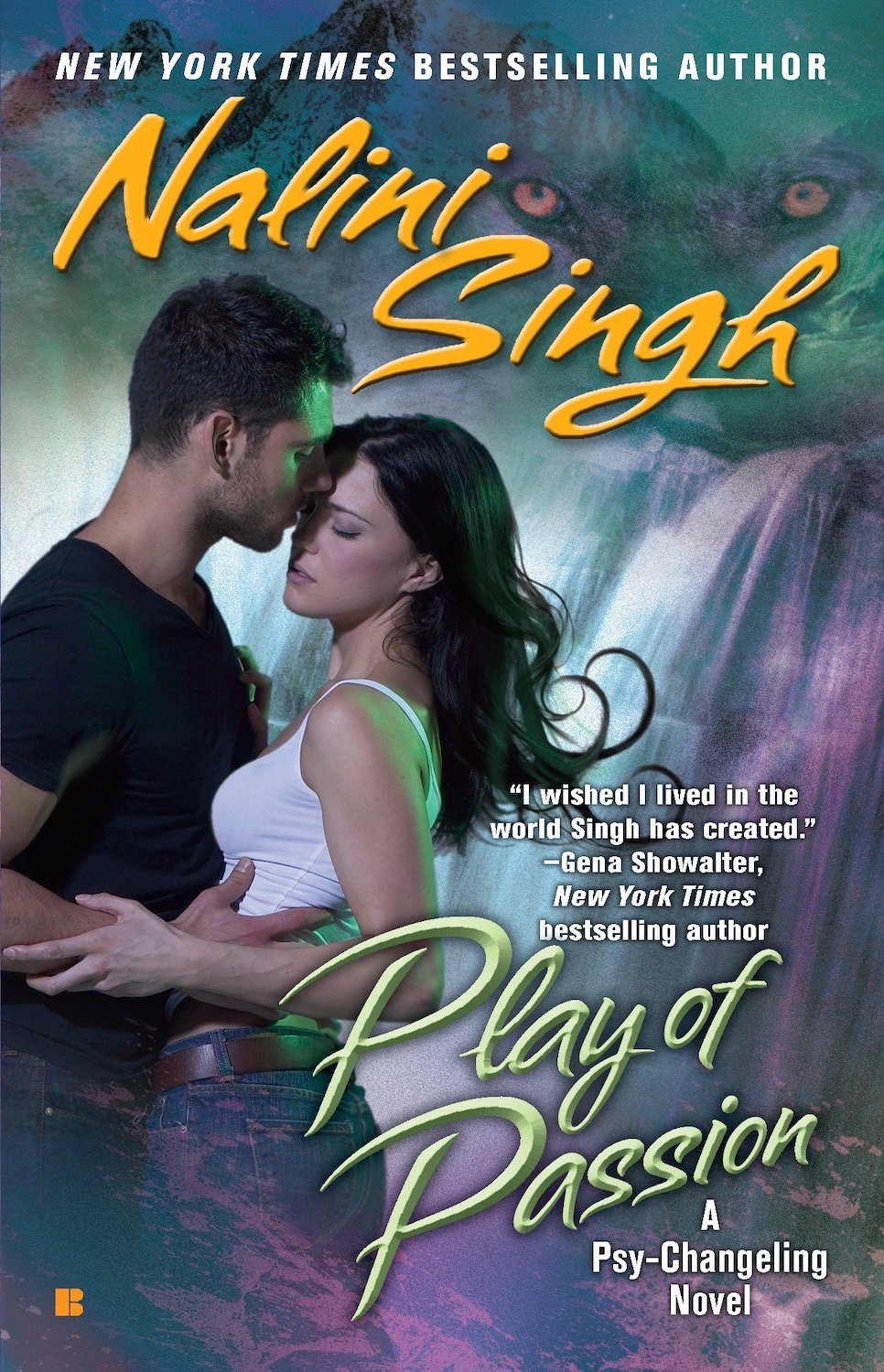 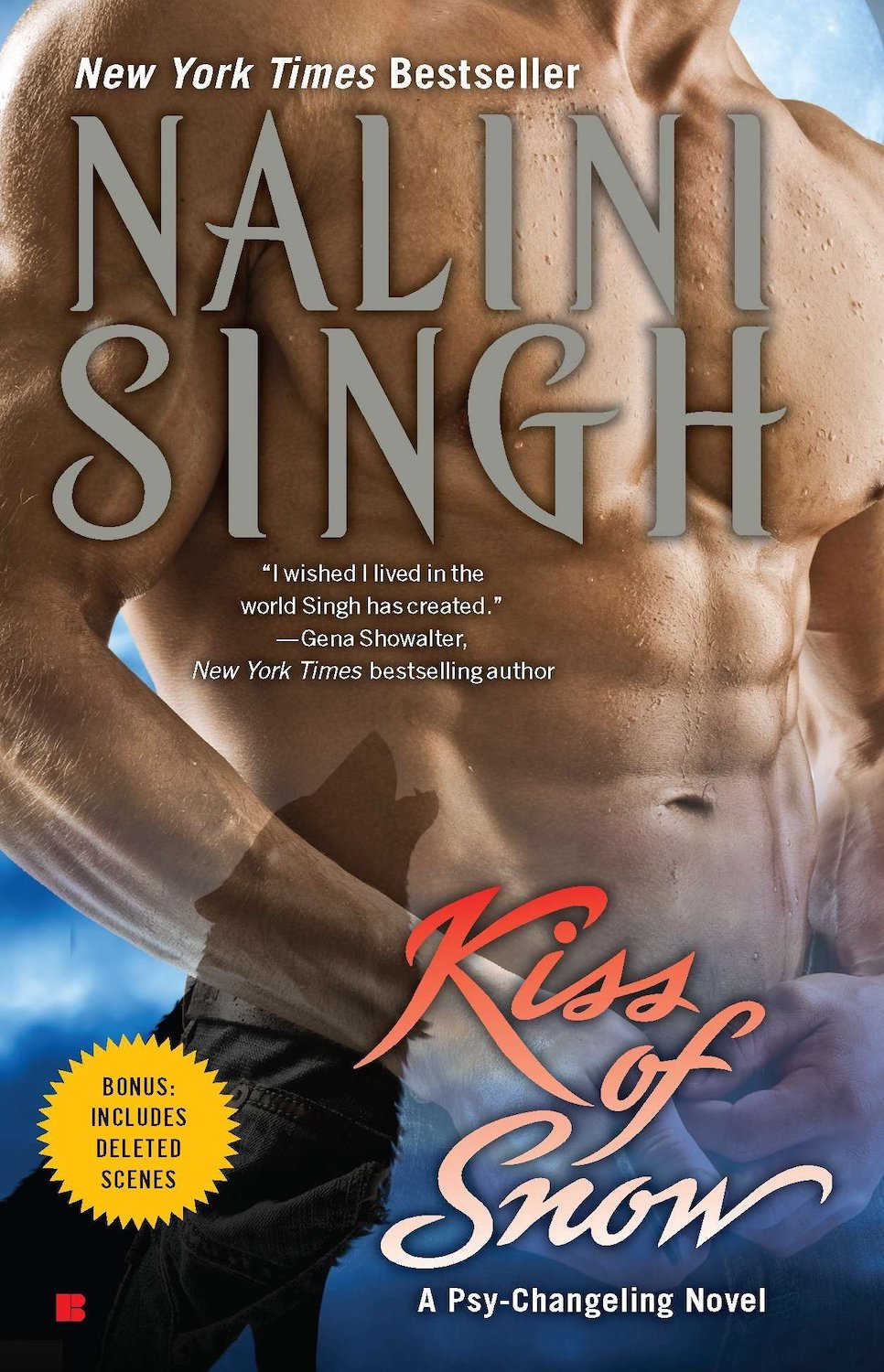 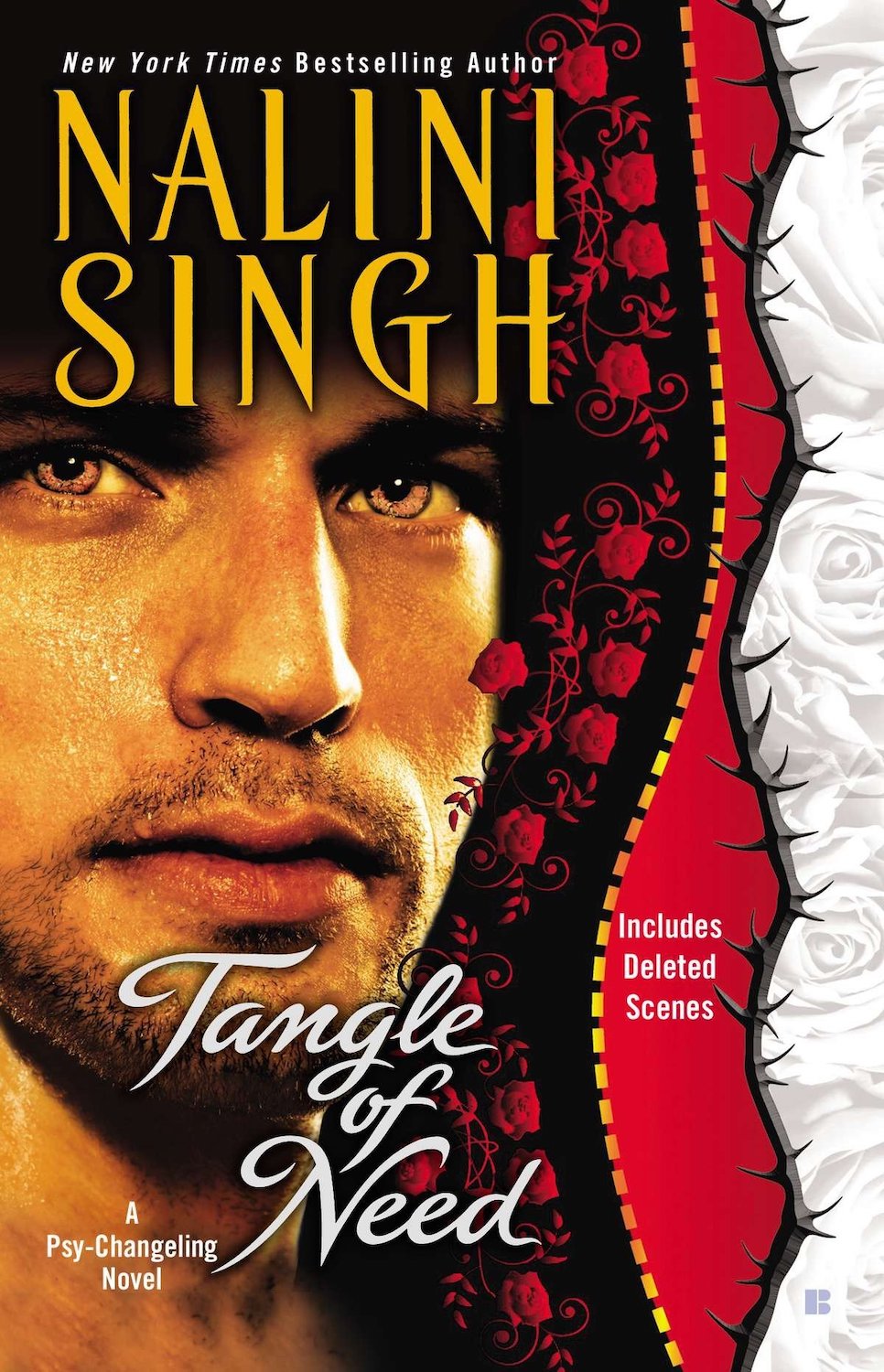 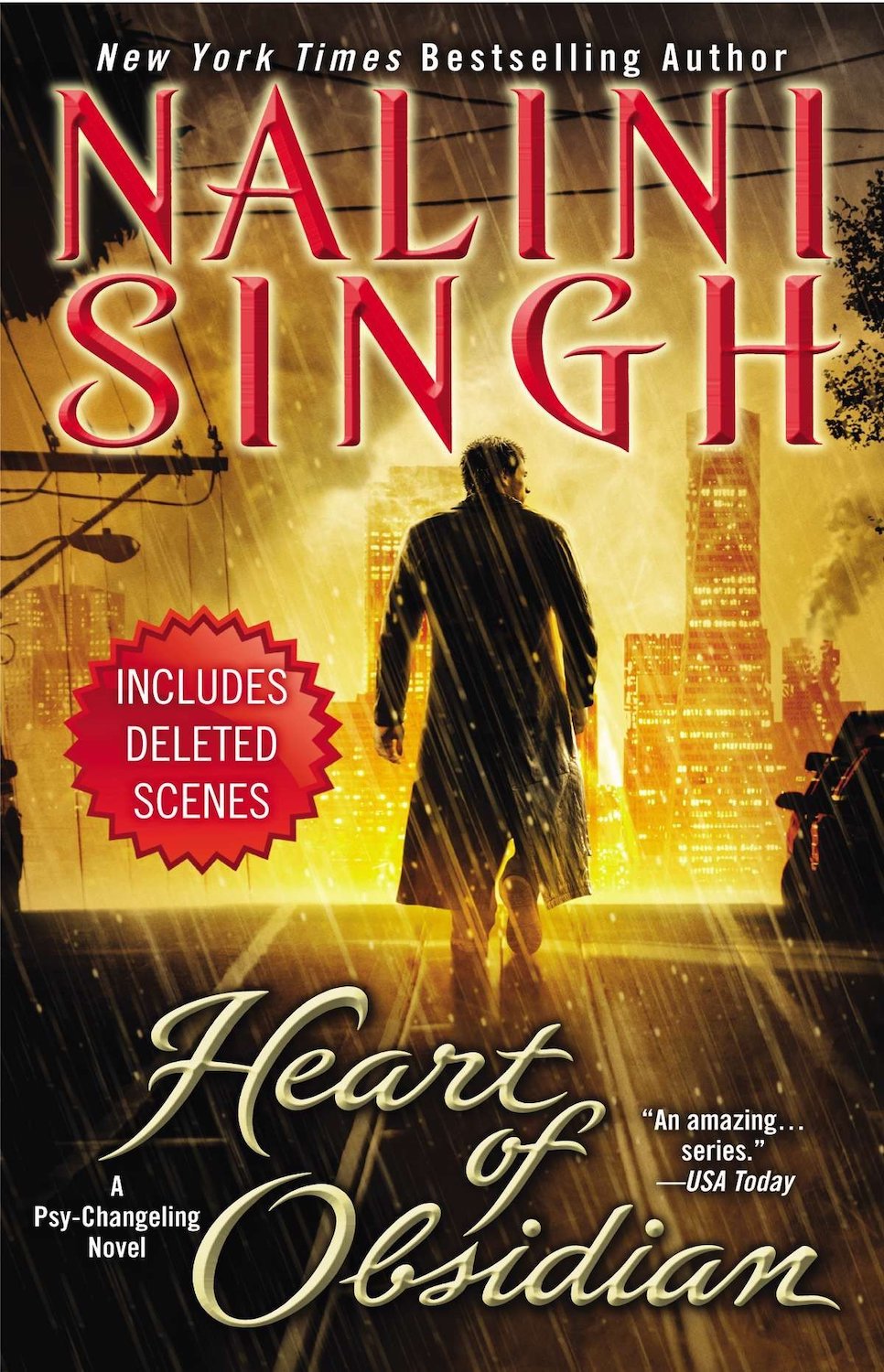 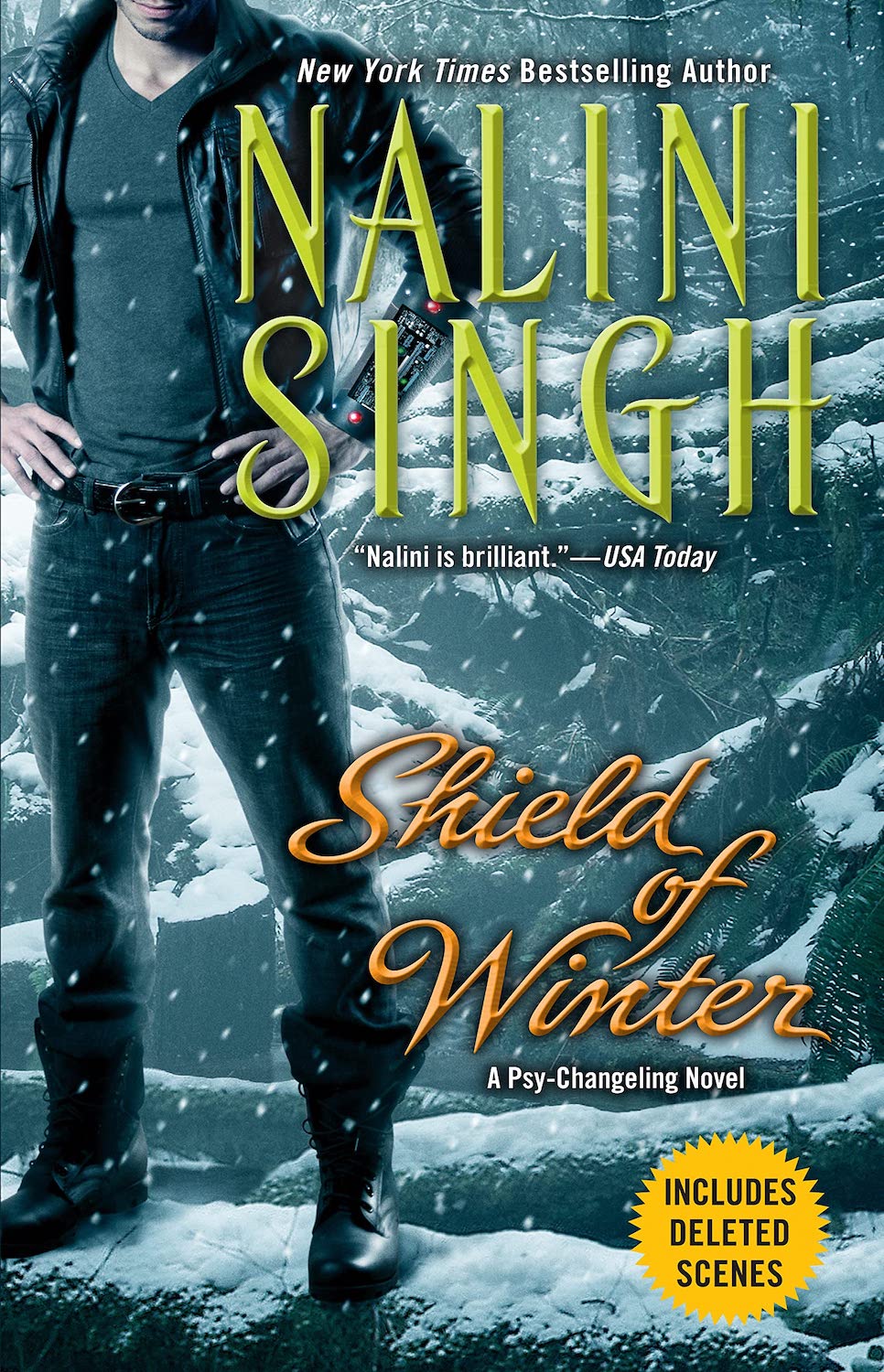 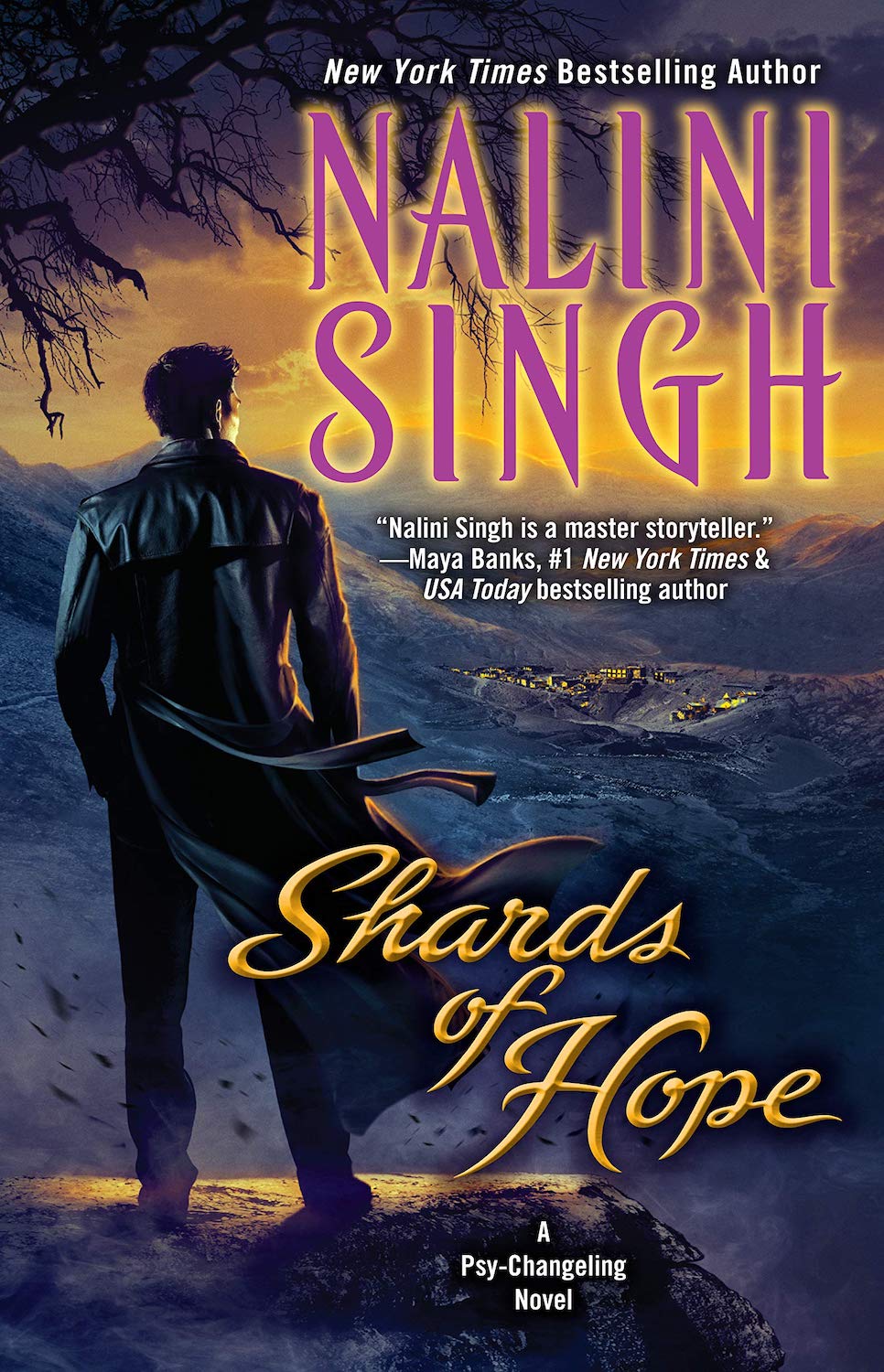 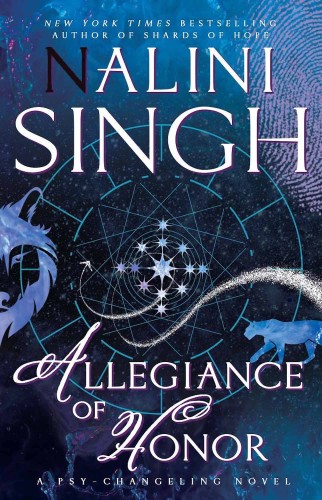 Thanks for the Opportunity Natasha….. love love Nalini

An entertaining interview! I enjoyed seeing things form Lucas’ perspective, especially his relationship with Hawke and The Toy That Shall Not Be Named! :)

I absolutely love all books this series. I read them and over again. I don’t know what I am going too do when series ends. I hope it never ends!!!!

Love all the books by Nalini Singh.

I love these books, keep them coming, please.

I loved this interview! It was nice to read the interview with Lucas .

That interview was REALLY good! Thanks! Won’t enter the giveaway so others have bigger chances, though. ;)

Thank you so much for this opportunity!

One of the BEST series EVER !!! Love EVERY Series Miss Singh writes ! Psy/Changeling and Archangel series are Incredible ! I would be honored to win any of them ! Thanks for the chance !

I also love your books and reread them – and give them 5 stars on Goodreads. :)

Thanks for the chance..I recently loved SOS and loved it..Would love to win these awesome books in this amazing series! :)

Thanks that was a wonderful interview.

Slave to Sensation is THE reason I’m addicted to Paranormal Romance. It was my first ever PNR read and very dear and special to me. I love the new cover! :)

The hands down BEST Shifter Series out there! Amazing interview here. Between Lucas and Hawke how could you NOT love this author? Not to mention her kickass women. Xx Ella

Really interesting to learn that Kit won’t be his successor. I always assumed he would! Great “interview” for a great series.

Love all of nalini books! !!

Now we need an interview from Hawke’s perspective! Your books are amazing and never fail to elicit an emotional response. I love how real, flawed, your characters are. Kaleb’s facets are especially fascinating. He has a special place in my heart.