Love is what makes us. It’s also what breaks us.

If this is true, Rowan just became the proverbial wrecking ball to Jesse’s life.

Upon discovering Rowan is pregnant after taking every precaution to ensure otherwise due to a life-threatening heart condition, Jesse is forced to face too many harsh realities and they send him into a desperate, dark place. To consider the possibility that he might lose his wife and unborn child is too much for Jesse to bear.

The situation is out of his control, so he gloms on to the few things he can control. Like noting Rowan’s every move, or dialing the doctor whenever her face goes a shade pale, or even acknowledging the fact he’d be willing to make a deal with the devil in exchange for his wife’s and child’s lives. There’s nothing he wouldn’t do or give or sacrifice to keep them from harm.

But what happens when the devil takes that deal Jesse struck, and the tables turn? A life for a life. A soul for a soul. A heart for a heart. His life for theirs.

Love is what makes us. It’s also what breaks us.

Love’s made Jesse and Rowan. Love’s about to break them too.

If you’ve read the beautiful Losers Weepers, then you know that Jesse and Rowen’s story is not over yet and that the final chapter of their heart-warming romance is told in Heart and Soul!!! And I have a never-seen-before excerpt for you that features not only Jesse and Rowen, but also our beloved Josie and Garth… Enjoy!

“See? I told you they’d make it. You can relax now and enjoy the rest of the night.” Josie glanced at Garth before getting back to staring at my stomach as she massaged little circles into it.

It kinda freaked me out, and I would have put a hard stop to it if it was anyone but Josie, but she had always been one of those touchy-feely types. Her running her hands all over me was like someone else nodding at me in acknowledgement.

“Yeah, yeah. They made it. You were right,” Garth replied, his lips still shiny and sparkly from Josie’s lip gloss.

“This guy’s been pouting half the night, worrying you two wouldn’t make it in time,” Josie said, waving at someone who offered a congrats in passing. “He said the only people who are his real friends wouldn’t make it to our engagement party and he’d be stuck making nice with everyone else who was only here because of me.” Josie circled her finger around the barn brimming with people. “Because, you know, the world is out to get and totally against Garth Black.”

“This might be a bad time to bring this up, but the only reason Jesse and I are here is because of Josie too.”

Garth gave me a tight smile as a beer magically appeared over his shoulder. So much for no friends in the crowd.

“Why doesn’t this man have a cold beer in his hands yet?” Garth motioned at Jesse, who’d just shoved off of the mats to take his sentinel at my side. Answering his own question, he held his beer out for Jesse.

Jesse didn’t seem to notice it. Instead he looked like he was still trying to wake up and figure out where he was.

Garth grabbed Jesse’s hand, opened it, and slipped the beer in. “There you go, Jess. Now it’s a party.”

I didn’t know if it was the condensation dripping down the side of the bottle into his hand or if he’d just figured out a way to push the last of the fog aside, but Jesse’s eyes cleared. After taking a look at the three of us, he glanced at the beer. “It’s your party. You need this more than I do.” He lifted the beer toward Garth, who shook his head as adamantly as I’d ever seen him.

“No. You most definitely need that more than I do,” he said, waving when Jesse tried to hand it off again. “Besides, I’ve already met my two-beer limit for the night, so I’m going to pretend to be a good boy and refrain from all bottles unless there’s water inside.” Garth lifted his chin at the people around us. “Half of these people are only here for the free food and the hope I’ll demonstrate just how much of Clay Black is inside these veins. You know how much I love disappointing people. It’s one of the few things I do really well.” Garth winked at me then kissed Josie’s cheek before backing into the crowd. “Speaking of bottles of zero-proof liquid, you want me to grab you one, mama bear?”

Jesse nodded for me while I shook my own head. I’d been drinking so much water today, yesterday, and every day since two pink lines drove a wrecking ball through our lives, I’d actually checked the internet to see how much a person had to drink before it became a bad thing. That was another thing my husband was ever on the ball on—keeping a water bottle within reach and topped off.

“Okay, so do I grab one or don’t I?” Garth waved his finger between Jesse and me.

Both of us followed it up with a sigh.

“It’s hot in here. You need to stay cool, hydrated,” Jesse said, glancing at my forehead where I could feel sweat beading. “It can’t hurt.”

Instead of arguing, I turned it into a negotiation. “Fine. I’ll drink a bottle of water.” His face ironed out in surprise, probably because I never gave in so quickly or easily. “If you drink that bottle of beer.”

His face pinched back together. “What does me drinking a beer have to do with you drinking water?”

“Nothing.” I lifted a shoulder. “And everything.”

“Shit, you guys. This can’t be that difficult of a decision.” From his tone, I could imagine the impatient look on Garth’s face.

Jesse threw him a quick glare for “defiling” our innocent baby’s ears before aiming his attention back at me. “This is crazy.”

“I know.” I lifted his hand holding the beer toward his mouth. “Isn’t it great?”

With a disgruntled sigh, he lifted the bottle to his lips and took a sip.

“That’s fine. You want to nurse your bottle all night long? I will too.” I waved Garth on his water-retrieving way but crossed my arms at Jesse.

“So are you implying that for every bottle of beer I drink, you’ll drink your own bottle of water?” He took another sip, this one not so dainty.

“I didn’t realize I was implying anything. I thought it was pretty obvious.”

Yeah, I kinda was. “I’m trying to get you to loosen up for one night and have a good time.”

Finally done running her hands all over my stomach, Josie held her fist out for me. I bumped mine against hers.

“Unbelievable,” Jesse muttered, taking another even longer drink of his beer.

Better make it five just to be safe. I wanted him good and tipsy so all I had to do was crook my finger to get him to come running, but I didn’t want him drunk and sloppy. After my own three-month stint of going without, I wanted to take my time and do it right. More than once if possible.

By the time Garth had returned with a few waters, Jesse had almost downed his whole bottle. Sloshing what was left of it in front of me, he lifted an expectant brow at the bottle in my hands.

Two could so easily play at this game.

After unscrewing the lid, I clinked my bottle to his and lifted it to my mouth while I heard Josie whisper to Garth what was going on. Another curse flooded from his mouth. I took my own dainty sip at first, and just when Jesse was crossing his arms, I tipped the bottle back and drained all sixteen ounces in the time it took Garth to mutter yet another comment that would earn his forehead a dent the size of Jesse’s fist if he didn’t watch it.

“Well?” I waved the empty bottle in Jesse’s face. His eyes were wide with surprise. “What’s it going to be? Your wife’s and child’s well-being, hydration included, is in your hands.”

Jesse’s head fell some, his eyes drifting to my stomach. When he looked up, I saw a look of resolve I was all too familiar with.

“Black,” he called, his voice matching his expression, “get me another.” 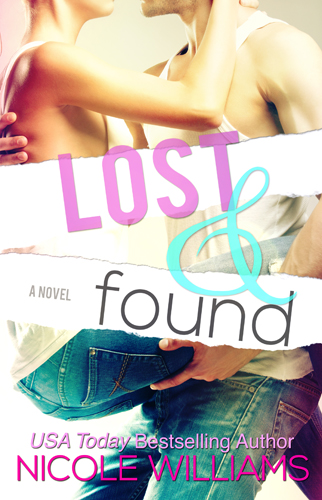 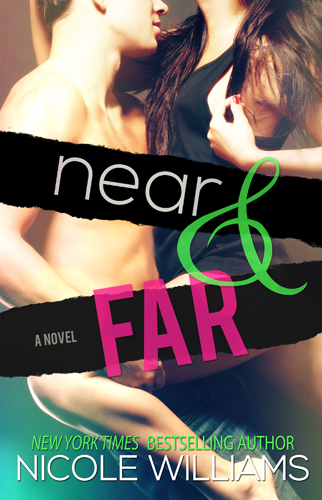 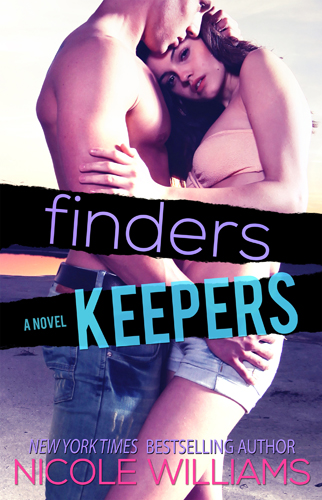 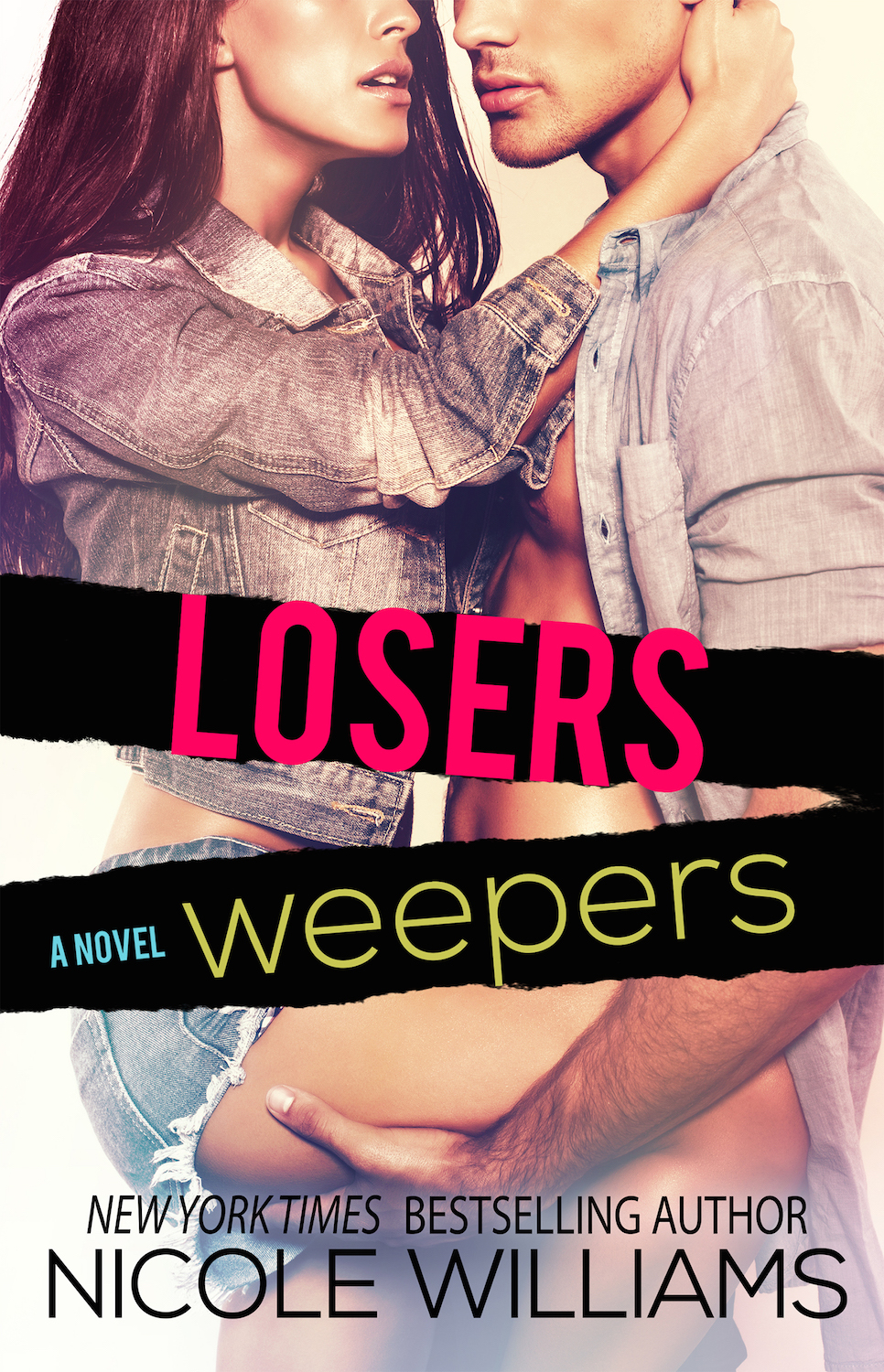 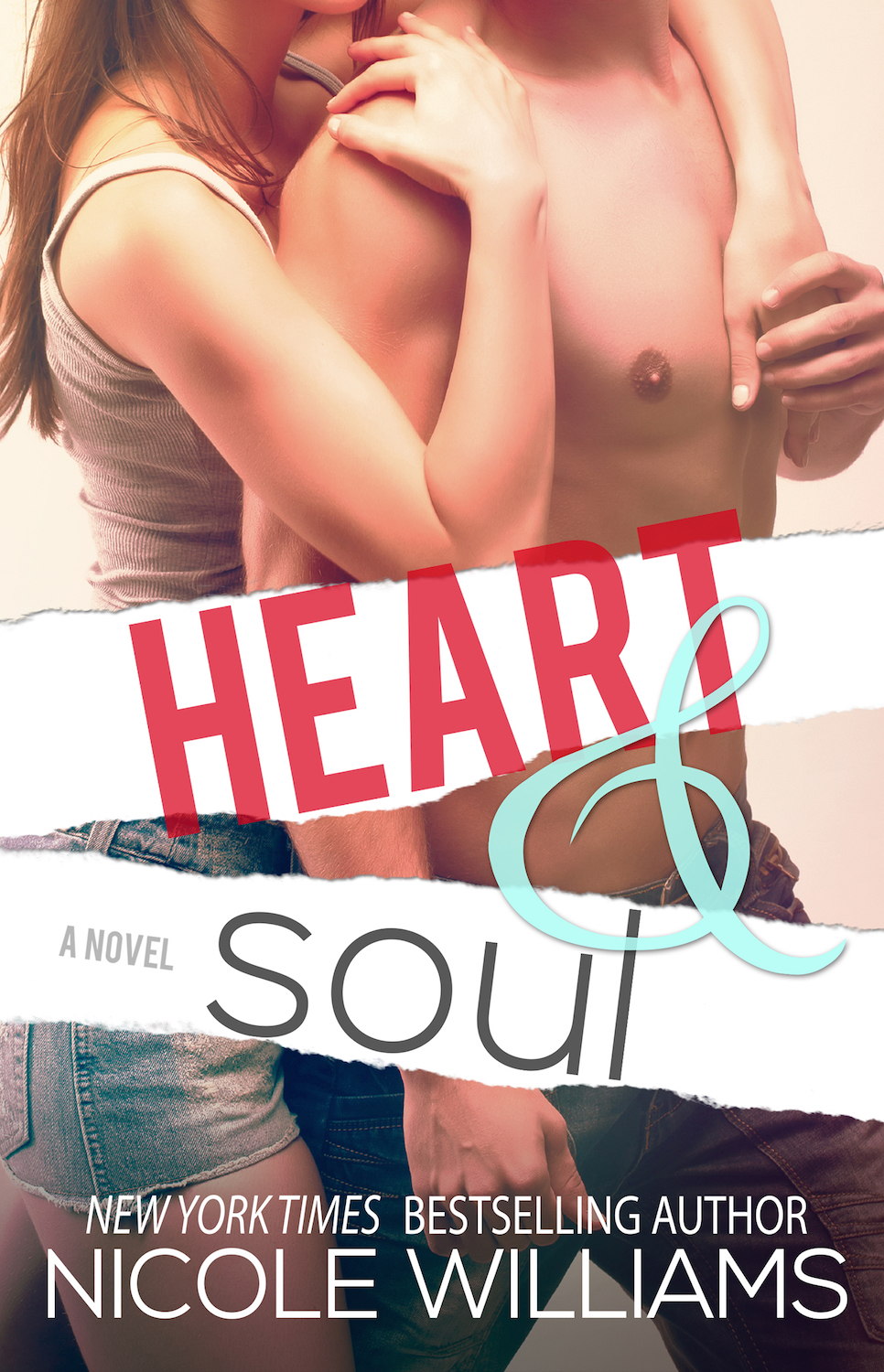