Emily Wayborn is finally her own woman.

After a string of shameful relationships and reckless partying with her best friend Amber, she’s now a successful voiceover actress, her wild past and everyone in it firmly behind her. Until she receives a cryptic voicemail from her former friend that sends her spiraling into the darkness she thought she had outrun. One thing is clear from the message, Amber is in trouble.

Determined to track down her friend, Emily follows a chain of clues that leads her to Reeve Sallis, a gorgeous and equally dangerous hotelier known for his power games and shady dealings. Now, in order to find Amber, Emily must return to her playgirl ways to uncover his secrets and track down her friend. But as she becomes more entangled with him, she finds she’s drawn to Reeve and his depravity despite her growing conviction that he may be the one responsible for Amber’ s disappearance.

“What do you want?”
“Whatever you let me have of you.”
“What if it’s everything?”
“Then I’ll take everything.”

A deliciously titillating read, this was by far one of the most addictive and riveting stories I’ve read this year, with the added bonus of introducing me to the flawless mastery that is Laurelin Paige’s writing. The perfect blend of mystery and skin-tingling erotica, this is the story of a young woman searching for her former best friend, but while trying to shed light on the months leading up to her friend’s disappearance and to gather any clues that could help her find her, she falls under the spell of the very man who might be responsible for her vanishing. A tightly woven web of secrets and lies, with a captivating romance at its core, this is a story that unravels slowly, unhurriedly, and where each missing piece of the mystery serves only to expose another, thus creating the perfect page-turner. I became obsessed with these characters from the get-go, never anticipating the many gripping ways the plot would thicken time and time again, and loving every single minute of it. An absolute must-read!

“Men were my drug. Staying away from them had been the only way I knew to stay clean. The only way to reinvent myself.”

Emily Wayborn’s life changed at seventeen years of age when a vibrant, daring young woman taught her to grab life by the horns and bravely ride it regardless of how many times she gets thrown off. And even after their friendship eventually dissolved and they went on to live very different lives, Emily never forgot her friend Amber and the many ways her life changed forever because of her. So when she suddenly receives a cryptic call for help from Amber, Emily does not hesitate to revert to her old ways in order to find her, even if that means seducing the last man her friend is known to have dated—an infamous billionaire whose bad boy reputation precedes him. But nothing prepares her for her visceral attraction to him from the moment she lays eyes on him, or her uncontrollable desire to please him.

As Emily enters the dangerous world of Reeve Sallis and slowly succumbs to his sexual demands of her, she learns that keeping an emotional distance from him is an impossible task when everything about him awakens the woman she was born to be, and the more she submits to him, the harder it becomes to pretend that being his is not what she craves the most in life. Emily’s loyalties are soon called into question, and she is forced to decide whether finding out what happened to her missing friend is more important than her own heart’s happiness.

The entire story is told from the heroine’s perspective, offering us a compelling insight into the mind of a young woman who is strong and independent in her everyday life, but a natural submissive in bed—a woman who likes to be demeaned, used, and ordered around—but who believes her most primal urges are something she cannot trust in herself. In Reeve, she finds a sexual partner willing and capable of giving her all she’s dreamed of in a man—a man who thrills her, scares her, challenges her, fulfils her, understands her—a man who can give her exactly what she needs and be trusted not to abuse his absolute power over her. He re-awakens all the deepest desires she’s worked hard to suppress, as well as the confidence to unleash them.

“I liked it rough and dirty. I liked to be debased and humiliated and commanded. Liked to be manhandled like a doll with no apology for how the sharp wood edge of the desk dug into my back or how the unbridled thrusts of his cock felt like they were ripping me apart. How could someone do those things to me and still gaze at me with appreciation? With something akin to affection? How could I let someone do those things to me and feel better about myself than I ever had? Feel more for him than I had for anyone I could remember?”

But trusting Reeve in bed proves easier than trusting him out of it, each new clue to Amber’s disappearance painting a scary picture of a man capable of great and terrible things, and her only guide in this tangled web of secrets and deceptions remains her heart’s refusal to believe the worst of him.

We are kept on our toes until the very end, never quite sure which turn the story would take, and as expected, the ending leaves us gasping for more. I wished at times to have understood the hero a bit better, to have heard his thoughts as well on occasion, but I know that that lack of insight into his character is part of the overall mystery, and a necessary missing puzzle piece at this juncture in the story. In her characterisation of the heroine, Ms Paige skilfully balanced Emily’s struggle with the submissive side of her personality with her gradual acceptance of it, utilising the dominant/submissive element as a core component of the story, a building block of sorts in the connection between the main characters, rather than ‘just for kicks’. Even by exploring Emily’s submissive nature, the author never fails to deliver a strong, opinionated heroine who is no-one’s doormat, no shrinking violet in or out of the bedroom, and whose steadfast self-awareness remains the backbone of the story.

An absolute thrill to read cover to cover, and I am already drooling for the sequel.

“I wasn’t supposed to want to keep you, Emily.” 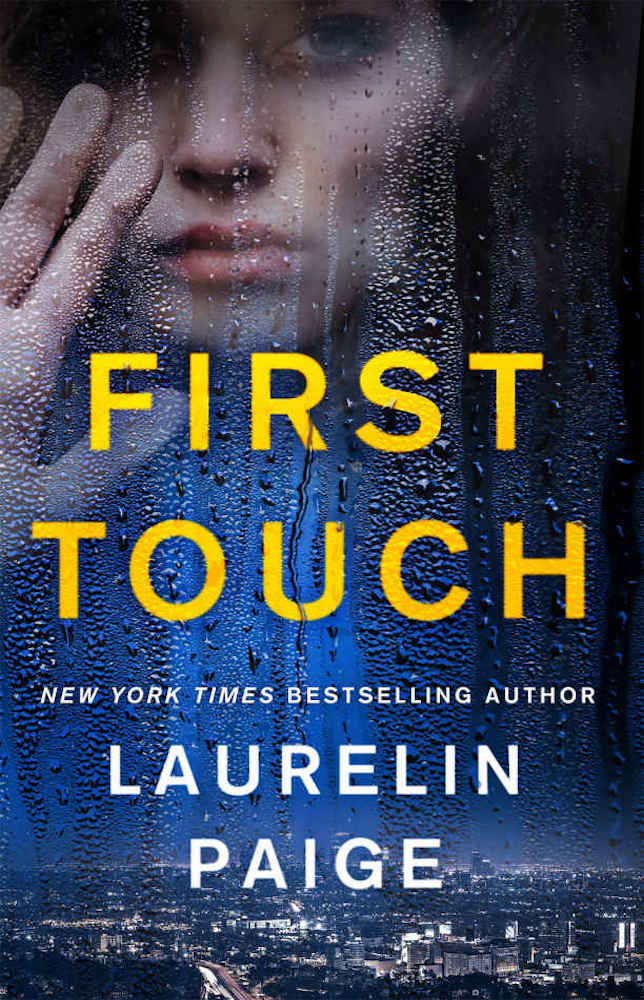 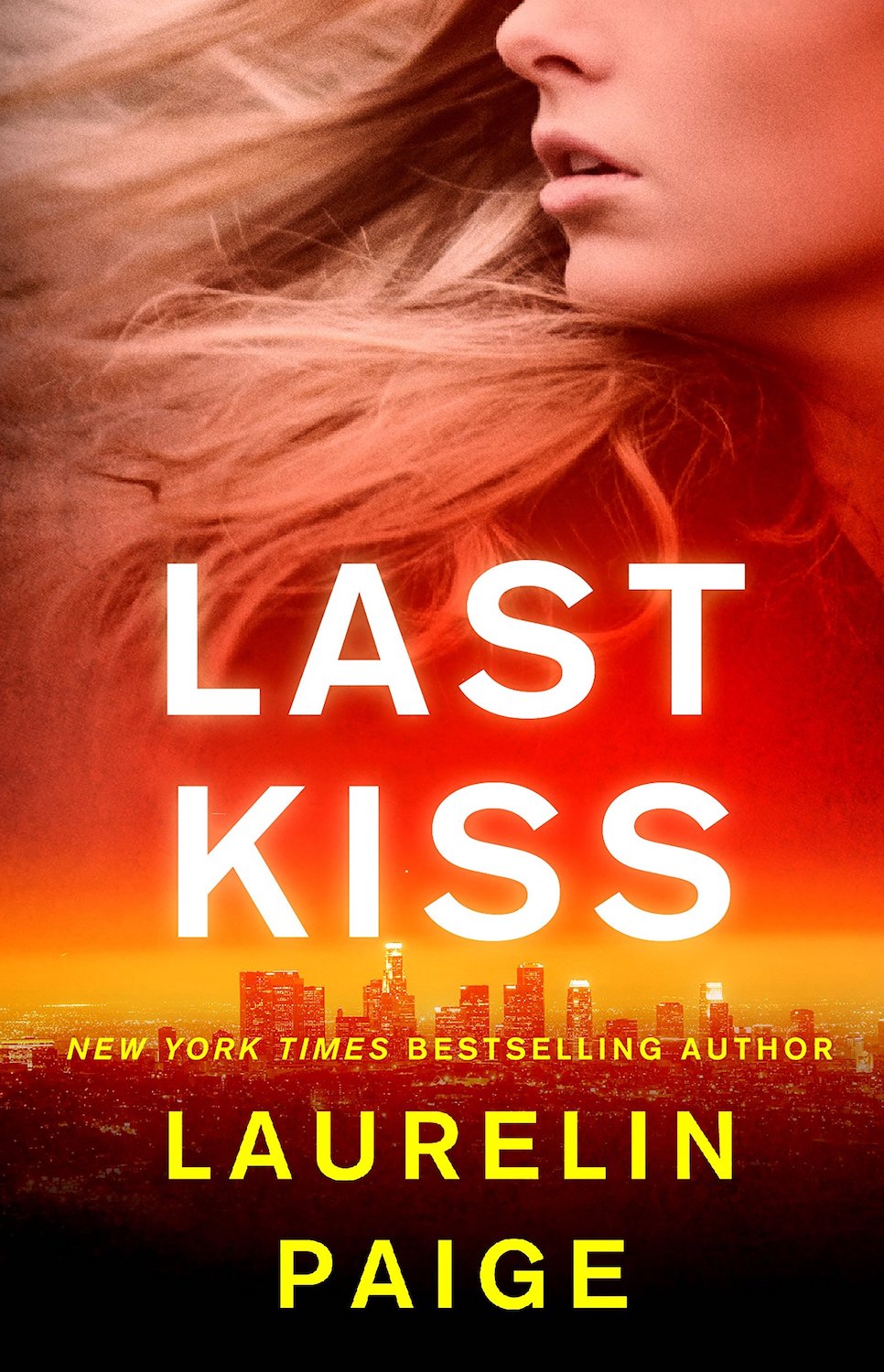 Another well worded review that will probably having me one clicking again!

Loved this book! Now to write a review to do it justice! Yours is fantastic!

I just finished First Touch and it is everything you have said here and more. I love Laurelin’s writing, and this book does not disappoint. Can’t wait for June for the sequel!

This book wrecked me! I the “sweetest (book) hangover I don’t want to get over” ???