Sexy, brooding cowboys are fine in the movies, but in real life, I prefer a suit and tie. Proper manners. A close shave.

Jack might be gorgeous, but he’s also scruffy, rugged, and rude. He wants nothing to do with a “rich city girl” like me, and he isn’t afraid to say so.

But I’ve got a PR job to do for his family’s farm, so he’s stuck with me and I’m stuck with him. His glares. His moods. His tight jeans. His muscles.

Pretty soon there’s a whole different kind of tension between us, the kind that has me misbehaving in barns, trees, and pickup trucks. I’ve never done anything so out of character–but it feels too good to stop.

And the more I learn about the grieving ex-Army sergeant, the better I understand him. Losing his wife left him broken and bitter and blaming himself. He doesn’t think he deserves a second chance at happiness.

I don’t need to be his first love. If only he’d let me be his last.

BOOK REVIEW: After We Fall

Book Series:  After We Fall

I don’t know what it is about tortured, broken men that makes us women so desperate to rescue their wounded, emotionally unavailable souls, but we seem inexplicably drawn to them, possibly even more in fiction than in real life, regardless of how difficult such endeavours often are. And I personally can’t get enough of such stories. A poignant but very sexy tale of a woman finding the man of her dreams, only to realise he’d given his heart away a long time ago, never wishing to have it back—this is a story that was unexpected in its depth and intensity, perfectly sprinkled with just the right dose of humour and eroticism to counterbalance some of its more sober themes, and cover to cover, absolutely impossible to put down. I highly recommend this book to anyone seeking a well-written and engaging story of emotional renewal that pulls you in from the very first page.

“But what about passion? What about that mind-blowing physical connection? Don’t you want those butterflies in your stomach when he walks in the room? That racing pulse when he gets close?”
“But what if I’m not cut out for that? What if I’m just not that passionate a person? What if I’m not the type to blow anyone’s mind? Does that mean I have to be alone?”

As the only daughter of a prominent Detroit socialite and a Senatorial candidate, Margot Thurber Lewiston’s old-money lineage and privileged upbringing may have always dictated her well-mannered behaviour and her sensible dating choices, but one tiny public meltdown involving some harmless scone-throwing at an ex is all it takes for the thirty-year-old to undertake a new PR consulting project that would conveniently take her out of town while all the gossip surrounding her ‘indiscretion’ dies down. With no prior knowledge of sustainable agriculture and never having set foot on a farm before, Margot knows that working with a small family farm in rural Michigan would pose a challenge from the start, but she soon realises that her biggest hurdle would be a grouchy cowboy who can’t decide whether to tear her clothes off or tear her to shreds.

“You come in here with your fancy ideas and expensive clothes and shiny hair and big blue eyes and everyone loves you and it’s all fucking with me. Everything about you is fucking with me.”

From the moment Margot meets Jack Valentini, she knows that the moody and openly hostile grump would oppose her every attempt to take his family’s little organic farming enterprise to the next level. The more she pierces his defences, however, the more she discovers a man terrified of change, a man shacked to his past and incapable of moving on.

But Jack Valentini has never met a Thurber woman before, and when a Thurber woman decides she wants something, there is no way of stopping her. She slowly but tenaciously chips away at his armour, eager to both help him and to explore the fiery attraction between them, but even though every moment spent with Margot is the only happiness Jack has known in years, his mind refuses to let go of the pain that has taken root deep inside him.

He brings something out in her she never knew was there—passion, desire, an uninhibited, entirely wanton side of her that was just waiting to be awakened by the right man—and her every touch offers him a brief reprieve from the loneliness that keeps him awake at night, but for every step forward, his demons take them two steps back, making Margot question herself and whether a man like Jack could ever love a woman like her.

Opposites attracted, sure, but attraction wasn’t our problem. We had all kinds of that. Our problem was that the attraction was getting stronger. It was bringing us closer. It was making me feel things with my heart and not just with my body. But he wasn’t interested in my heart.

I felt Margot’s pain every step of the way—her remarkable level of self-awareness giving us insight into her insecurities, her frustration, her willingness to compromise her dreams just to hold onto a small sliver of happiness, even knowing her feelings would never be requited quite the same way—but I felt Jack’s inner turmoil too, deeply. I was moved by the way his heart refused to let go of the past and embrace a future he so desperately ached for, his pain and guilt keeping him frozen in time, and unable to move forward. But what I loved the most was the way the author uses open and honest communication between the characters to resolve most conflicts between them, thus showing us the gradual but steady evolution of not only those characters, but also of the ties between them. There are no quick fixes to accommodate the storyline, only meticulous character development that continually pushes the story forward.

This was a book whose every scene I find myself remembering fondly, and even as I sit here missing these characters already, I am thrilled for having finally discovered Melanie Harlow’s extraordinary brand of storytelling.

“I don’t need promises. I don’t have conditions, don’t need to put a label on this, don’t have to know how it ends. I just like being with you.”

After We Fall - Recommended Reading Order 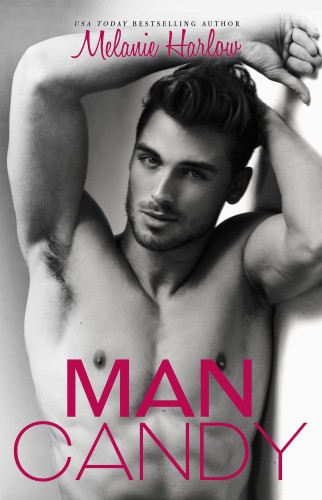 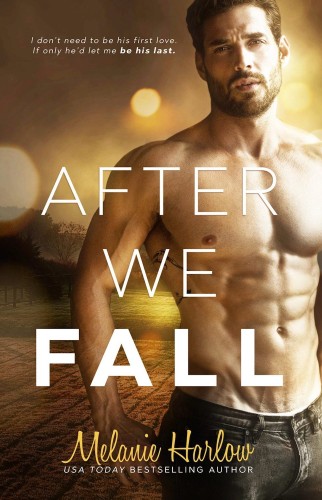 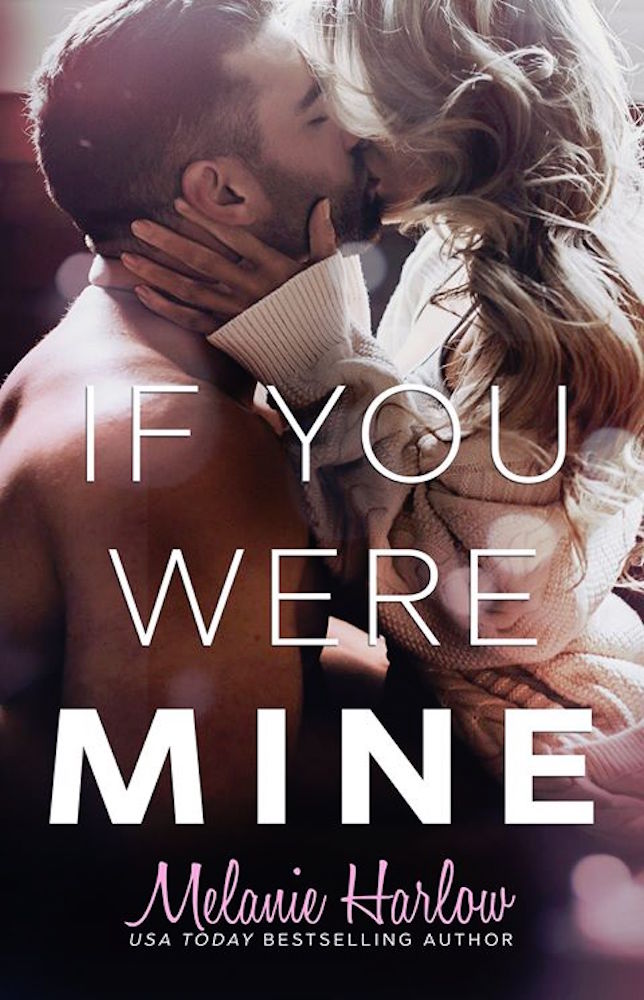 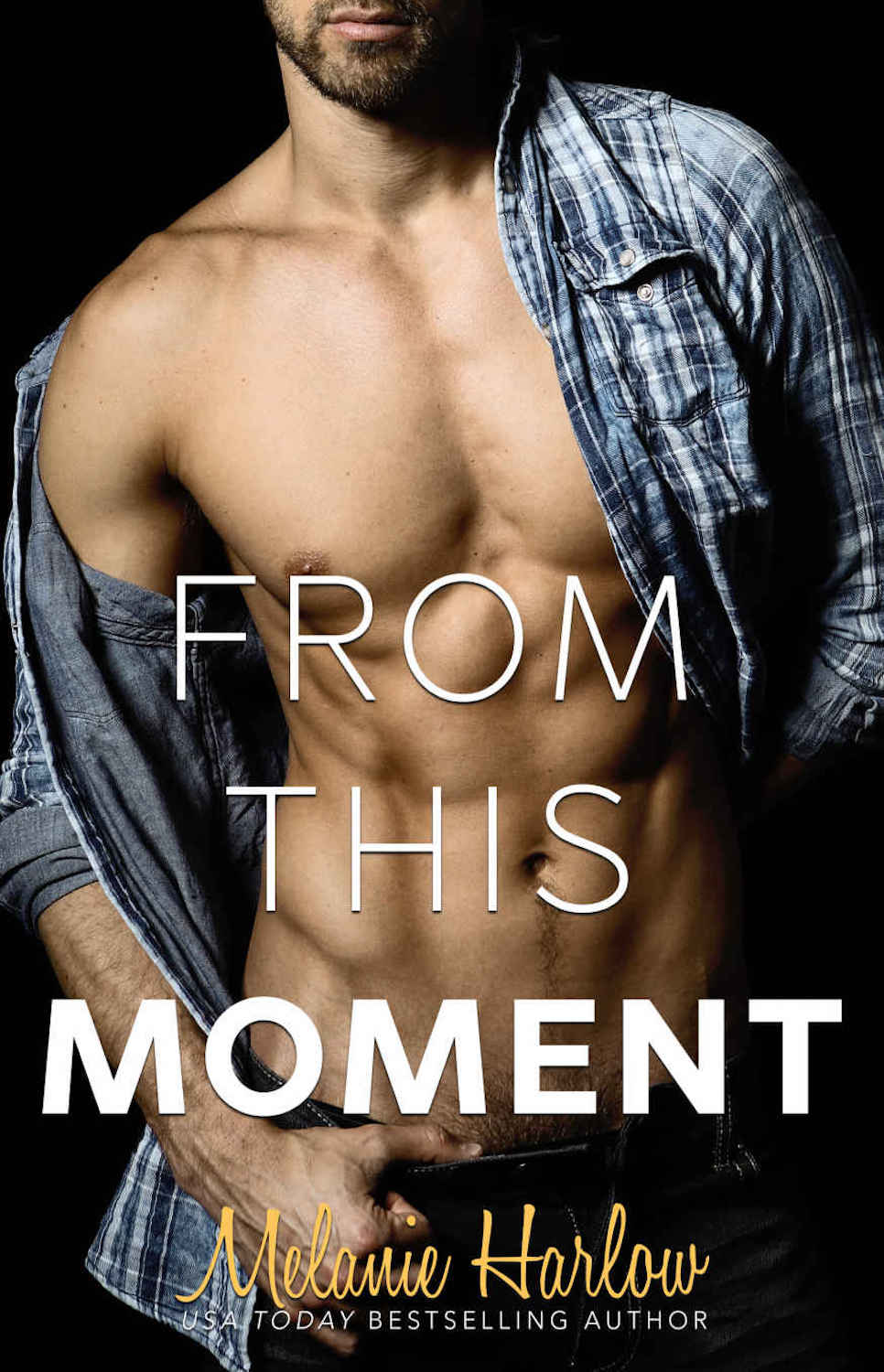 This review is so amazing, I have tears!! Thank you, Natasha!

This sounds so good!

Such a great review. Loved Jack and Margot!!

This one sounds like it’s going to make me cry.