Once in Africa, I kissed a king…

“And just like that, in an old red barn at the foothills of Mount Kilimanjaro, I discovered the elusive magic I had only ever glimpsed between the pages of great love stories. It fluttered around me like a newly born butterfly and settled in a corner of my heart. I held my breath, afraid to exhale for fear it would slip out, never to be found again.”

When a bomb explodes in a mall in East Africa, its aftershocks send two strangers on a collision course that neither one sees coming.

Jack Warden, a divorced coffee farmer in Tanzania, loses his only daughter. An ocean away, in the English countryside, Rodel Emerson loses her only sibling.

Two ordinary people, bound by a tragic afternoon, set out to achieve the extraordinary, as they make three stops to rescue three children across the vast plains of the Serengeti—children who are worth more dead than alive.

But even if they beat the odds, another challenge looms at the end of the line. Can they survive yet another loss—this time of a love that’s bound to slip through their fingers, like the mists that dissipate in the light of the sun?

“Sometimes you come across a rainbow story—one that spans your heart. You might not be able to grasp it or hold on to it, but you can never be sorry for the color and magic it brought.”

EXCLUSIVE EXCERPT: Mists of The Serengeti

From the author of one of my favourite novels ever, the magnificent The Paper Swan, comes a brand new standalone contemporary romance, and over the next five days, together with some of my awesome blogger sisters, I get to share the Prologue with you. Make sure you pop by each one of these Blogs on their set date to read the Prologue in its entirety. And don’t forget to mark your calendars because Mists of The Serengeti releases on 31 Jan 2017!

If you had asked Jack Warden what his favorite things were before that afternoon, he would have reeled off a list without hesitation: black coffee, blue skies, driving into town with the windows down, Mount Kilimanjaro wreathed in swirling clouds in his rear-view, and the girl who owned his heart making up the words to the song on the radio. Because Jack was absolute and precise, as clear as the African Savannah after the rain. He’d weathered his share of storms—losing his parents as a child, losing his college sweetheart to a divorce—but he knew how to roll with the punches. He’d learned that early in life, on dusty safaris in the Serengeti, where hunter and hunted played hide and seek amidst tall, swaying elephant grass.

Jack was a survivor. He got knocked down, but he always got back up. And the times when his daughter visited the coffee plantation over her summer break were golden days—mud-squelching, popcorn-munching, frog-hunting days. Jack had the kind of presence that turned heads when he entered a room, but on those days, he was like the sizzling crack of a thunderbolt—all lit up from the inside.

“Lily, put that back,” he said, as she opened the glove compartment and pulled out a bar of chocolate that looked like it had just been dragged out of a sauna.

“But it tastes so good when it’s all melted like this. Goma leaves it there for me.”

“Goma is ninety. Her brain is about as mushy as that chocolate.”

They laughed because they both knew that Jack’s grandmother was as quick and sharp as a black mamba. She was just full of eccentricities and marched to her own beat. It’s what had earned her the name Goma, from the Swahili word for drums: ngoma.

“Lily, no. You’ll get it all over your costume. Li—” Jack sighed as her chubby, eight-year-old fingers tore through the foil. He could have sworn he heard Goma laughing from the foothills of the mountain, as she sat on the porch. He smiled and turned his eyes back to the road, taking a mental snapshot of the way his daughter looked—big-eyed and curly-haired, in a rainbow tutu and sunflower hat, with chocolate smudges around her mouth. These were the moments that got him through the long months when she was back in Cape Town with her mother.

As they entered the roundabout into town, Jack rested his elbow on the window frame. His skin was tanned, much like the tourists who rolled in from the beaches of Zanzibar, but his color was permanent, earned by years of working outside under the Tanzanian sun.

“Are you going to record the dance recital?” asked Lily.

It was an unspoken agreement between them. Lily spent entire afternoons making him and Goma watch and re-watch her performances. She gave them scorecards, and the numbers slowly inched up, because she wouldn’t let them leave until she got exactly what she wanted out of them.

“Watch it again,” she’d say, because they had obviously missed her perfect timing here, or the double tap there.

“Can you sign me up for more lessons?” she asked.

“Already done,” Jack replied. It meant an hour-long drive to Amosha and back, on half-baked roads riddled with potholes, but watching his daughter dance made his heart grow ten times its size. “Is Mum going to enroll you in dance class when you get back?”

“I don’t think so.” It was so matter-of-fact, with the same kind of acceptance she had adapted after learning her parents were going to live thousands of miles apart, that Jack felt a sharp pang of sadness.

He had met Sarah at the university in Nairobi. They were both away from home—young, free, and hungry. He could still remember the first time he’d seen her, black-skinned and sophisticated, her sleek, shoulder-length braids falling around her face as she took the seat next to him in the lecture hall. She was all city-girl, he was all country-boy. She liked to jot things down—goals, plans, lists, dates. He liked to live day by day, hour by hour. She was meticulous and cautious. He was exuberant and impulsive. They had been doomed from the start, but when does that ever stop anyone from falling in love? He’d fallen hard—as had she—and what a ride it had been. In the end, the isolation and unpredictability of life at the coffee farm had been too much for Sarah. But Kaburi Estate was Jack’s livelihood, his birthplace, and his legacy. Its raw, rushing beat pulsed through his veins like rich, dark espresso. He knew Lily had it in her too, that hot, frothy swirl of magic and madness. It was why she loved to dance, and there was no way he was going to stand by and watch all of her pure, vibrant essence get washed away just because she spent the majority of her time away from the farm.

“Maybe if I get better grades this year,” Lily continued.

And there it was again. Structure, form, function, discipline. Not that it was a bad thing for a kid, but anything that fell outside those parameters was cut and discarded. Jack had watched it rinse his marriage of joy, until it sat like a colander full of thawed out, freezer-burned vegetables, with no color and no flavor. Sarah had left little room for joy, for simple moments to just be, and now she was doing the same thing to Lily. She had a plan in place for their daughter, and it did not include pursuing personal passions. 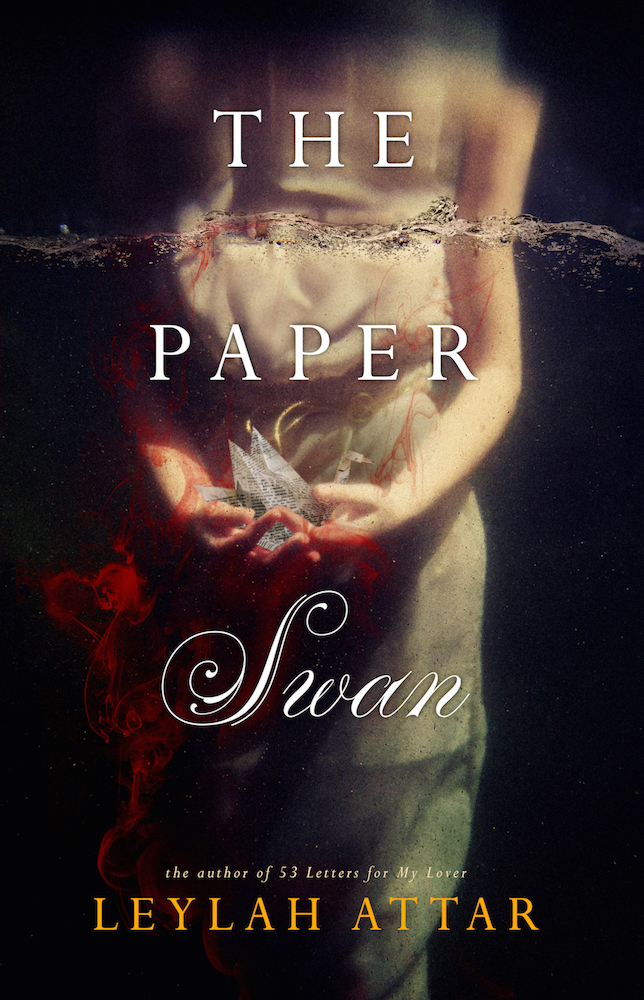 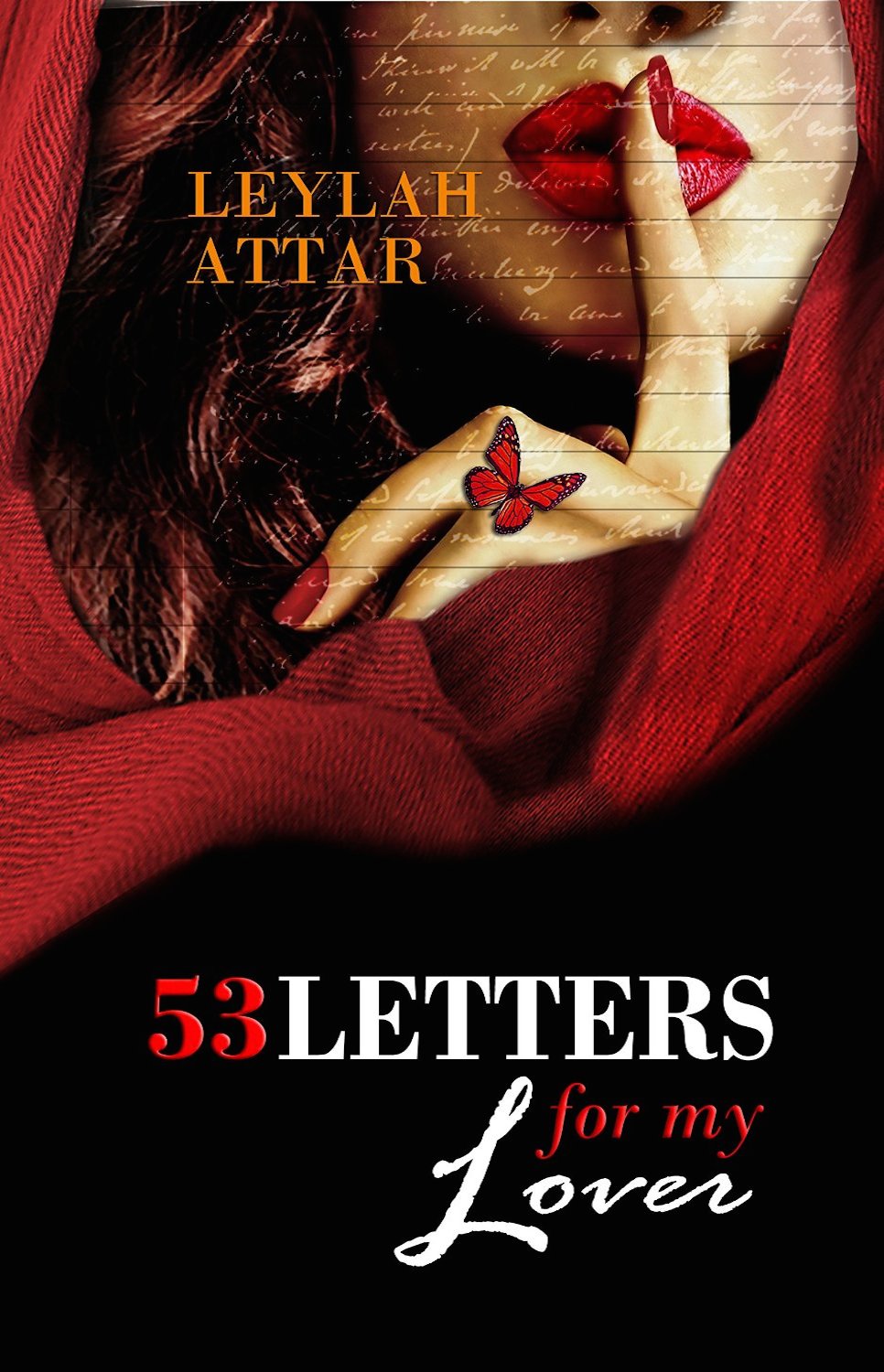 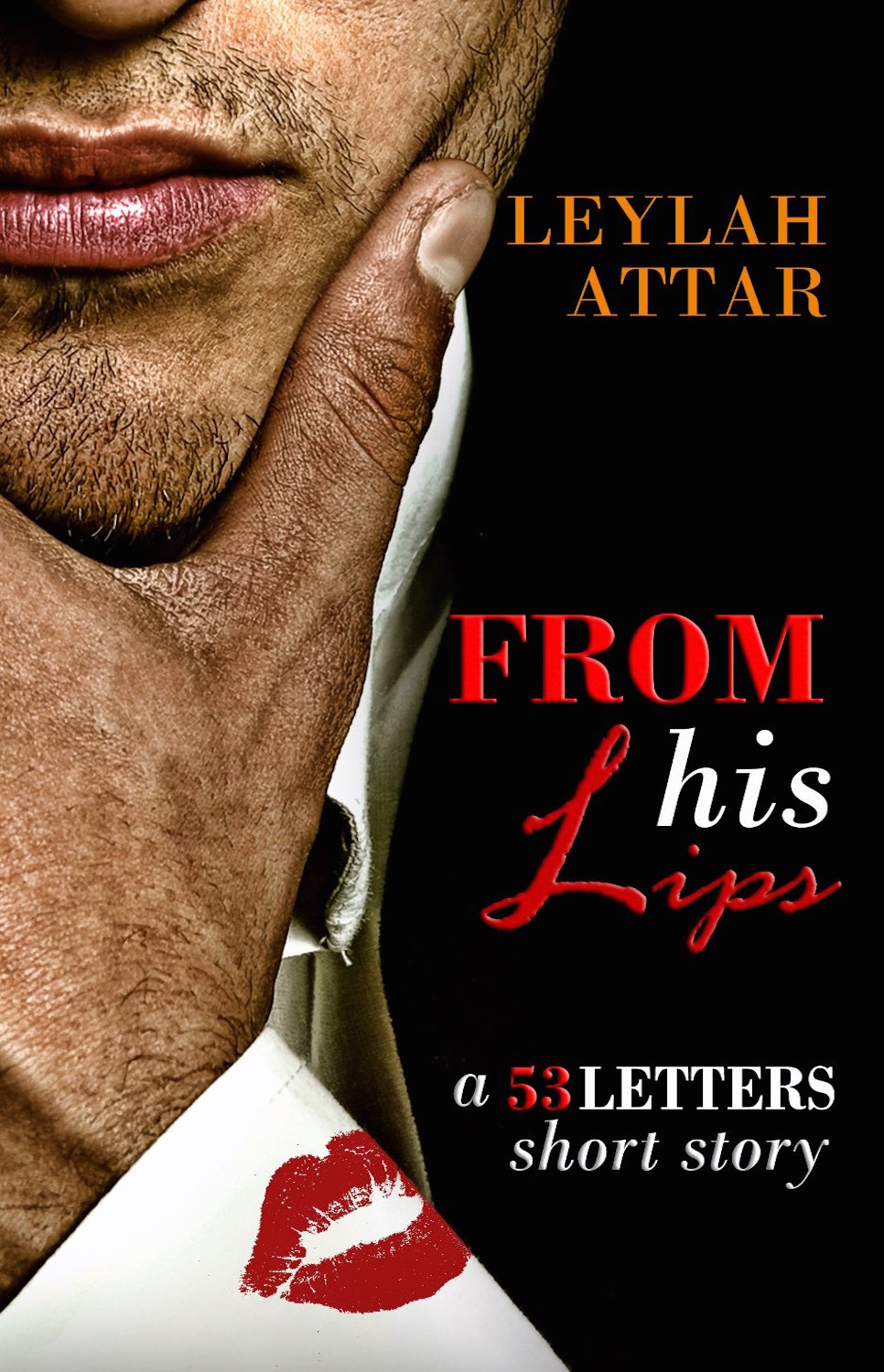 I love Leylah’s books and am super excited to get my hands on this book!! I need more <3

The way it’s written, the amount of detail just in the prologue. I can’t wait to read this. I know it’s going to be phenomenal!

I can’t wait to read this book. I love the unusual setting in Africa. I am so excited!

Oh my GOD! I need to this in my life. I could have so easily kept on Facebook reading,!!!

Forgot to add that the writing is beautiful, and arghhhh PLEASE!!!!.

Alison, you are the lucky winner!!!

Thank you, no other words at this moment.

Sounds amazing and I love Leylah’s writing. Thank you!

I can’t wait to read this book!

I can not wait to read this book!! Amazing excerpt!! I fell in love with her work since The paper swan!!

AHHH, I LOVE it!! I cannot wait!!! Thanks for the chance!

I love Leylah Attar’s books. Her stories are so unexpected!! They truly make you think.

And all of that summed up to mean I am so excited for the release of this one, so that I can hunker down and read it in one sitting like I have done with her other books.

I just read Paper Swan and I’m amazed with this book. Leylah writes some very different stories.
And this one looks good as well. Mature characters and I’t’s setting in Africa! I can’t wait”

I wanted to read it before reading the excerpt and now I want to read the book even more. Thanks for letting us catch a glimpse of such loveliness ?

This sounds amazing! I loved The Paper Swan so I just know this book will be awesome!

I cannot wait to read this book! Leylah is an amazing author! Thanks for chance!

Oh my gosh! Just from that little tid bit it sounds amazing and I didn’t want to stop reading! ? Thank you so much for the opportunity to win an advanced copy of this! I’m super excited for it and can’t wait to read it!

Can’t wait. Thanks for the chance :)

Oh my… this excerpt coupled with the blurb and I know that I will be in for a ride not for the faint of heart. And I will still dive right in! :)

I can’t wait to read this book! I love this author!

I love Leylahsbooks. Ive not been disappointed yet. This one looks fantastic!

Oh wow! This sounds gut wrenchingly beautiful! I love her writing style. Thanks so much for the chance!

I would love to win a copy. This books was on a list of most anticipated books of 2017 and I had my eye on it.

This sounds so good! Thank you so much for the chance. :)

This looks amazing and I’m sure she won’t disappoint. Thank you for the chance.

I seriously can’t wait to read this!!!