As next in line for the Evergreen crown, Prince Merrick Davendall’s future involves ruling, marriage, and producing an heir of his own. But he’s long been tormented by desires that are far from princely. Especially when the beautiful Cassius is promoted to be his new valet, and Merrick is struck by a longing like never before—a longing to know him far beyond royal and servant.

After his father’s passing, Cassius Havendale’s sole duty is to provide for his family. A promotion to serve a pampered prince is something he endures only for their sake. Surely Prince Merrick has no understanding of true suffering of the common people, nor could he possibly understand what it’s like to desperately desire something he cannot have.

Except the prince is not at all what Cassius imagined. Kind, humorous, and caring to those in need, he also shares Cassius’ affinity for the arts. In fact, Merrick understands his deepest vulnerabilities in a most remarkable way.

As their affection deepens, the underlying tension between them becomes unbearable and they’re unable to ignore it any longer. But when the queen prepares a lavish ball with all the eligible ladies in the land in attendance, Merrick must fulfill his obligations to his country, and Cassius has the needs of his family to consider. They’ve long known their stolen moments would have to come to an end, but are they ready to give up one another and the idea of a happily-ever-after?

BOOK REVIEW: Ever After

“There will never be another I love the way I love you.”

From the moment I opened this book, I got this fluttery feeling in my stomach, telling me I was in for quite a treat. Superbly written, deeply affecting, and deliciously angsty, this was the perfect melding of escapist make-believe with truths from our own reality, creating a timeless love story of a prince falling for a commoner that will steal your sleep and feed your soul. Reading this book made me feel again like my twelve-year-old self who loved fairy tales above all else, and found herself escaping in them every chance she got, and as soon as I was done reading the last page, all I wanted to do was go back to the beginning and read this beautiful story all over again.

“If you are wrong, then I am wrong too.”

Prince Merrick Davendall, only son of the King of Evergreen, and next in line to the crown, was born and bred to be a fair and kind ruler one day, taught from a young age to never put his own wishes ahead of the needs of the kingdom. And what his kingdom needs of him right now is to marry and produce an heir that would carry on his family line—even if it means sacrificing his happiness and never experiencing true love. Because it would be inappropriate for someone of Merrick’s standing to embrace his true nature and to admit openly that he could only ever be happy in the arms of another man.

Who was he? The prince was an enigma to Cassius, and while he silently scolded himself for caring one way or another, he couldn’t stop his brain from trying to put together the puzzle.

When Merrick’s old valet is suddenly forced to retire due to ill health, and the prince’s newest footman is put in his place, no one is more surprised about this sudden promotion than the young footman himself. Cassius Havendale never needed riches or standing in order to be happy, forever willing to push his dreams aside in order to provide for his family, but he cannot help but feel annoyed for having to serve someone who was given so many more opportunities than him in life, but who cannot even dress himself on his own. It doesn’t take long for Cassius to realise, however, that behind a façade of propriety and privilege hides a kind-hearted, generous, loyal young prince who has a lot more in common with his new valet than either of them could have ever imagined, and who is torn by desires all too similar to his own.

“We are both bound, shackled by aspects of our lives that are out of our control.”

As an unexpected but genuine friendship slowly forms between them, we watch Merrick and Cassius recognise in each other everything they’ve fought hard to hide from the rest of the world—loneliness, duty, sorrow—all the while trying to deny themselves a very inconvenient attraction that could ruin them both, but which only intensifies with each passing day. The sexual tension between them keeps mounting and mounting—every touch, every furtive glance, every stolen moment together rife with overwhelming longing and desire—until they finally give in to the long-simmering hunger between them.

“Please, no titles, not when it is just us… I am just a man who longs to touch your skin and breathe in your scent.”

But the world they live in is not yet ready for a prince to fall in love with another man, and with so much at stake for them both, a few stolen moments of real happiness pretending that their future is not already decided might be all they’ll ever have. Even if their hearts will never belong to another.

“I shall never forget this moment.” He kissed Cassius’s cheek, the corner of his mouth. “It will be with me always, and I will always long for more.”
“I will forever long for more as well, my prince.”

An exquisite, richly emotional tale of forbidden love that is perfect for anyone missing fairy tales in their life, told with heartbreakingly beautiful prose and filled with compelling characters in a vividly detailed setting, this is one of those books you wish you could re-read for the very first time and time again. I loved it so so much.

(standalone fairy tales, each set in a different fantasy land) 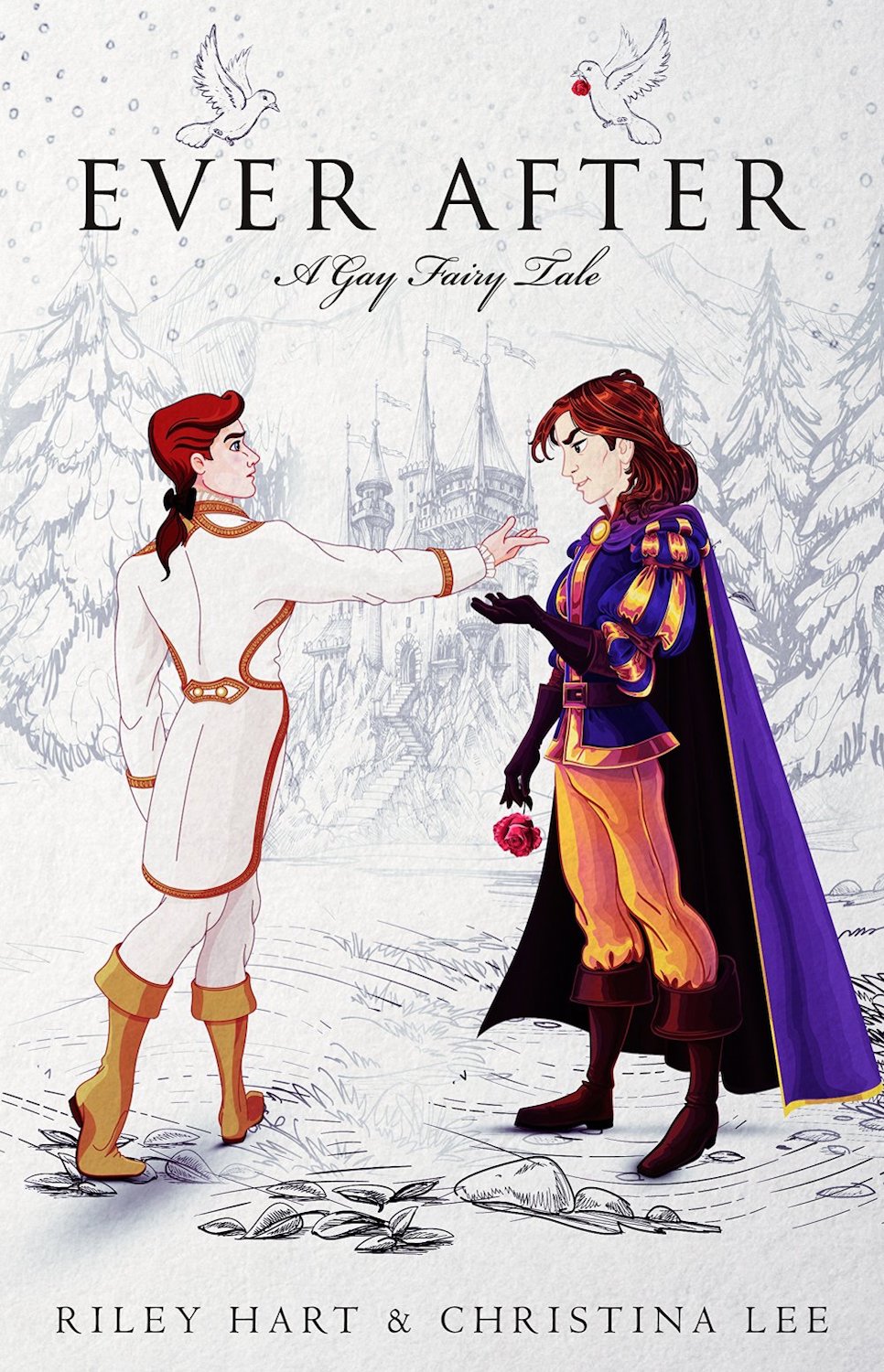 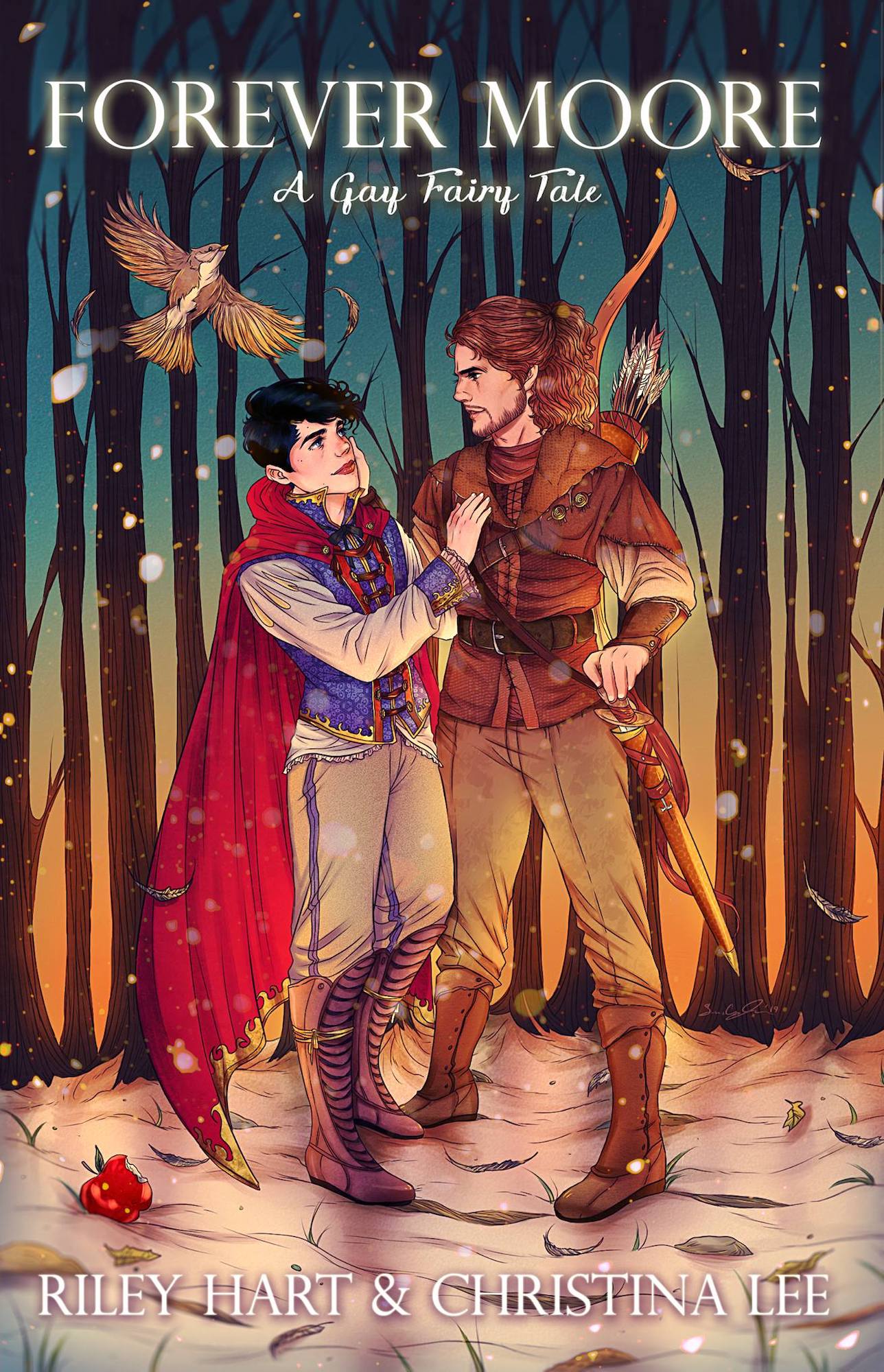