Bodyguard Jock Bosh has one job: keep Fiona Madden safe. Safe from the men who’ve been hunting her. Safe from the bastard responsible for ruining her life. And with the attraction sizzling white-hot between them, that means keeping Fiona safe from him too.

Fiona has spent the past decade on the run. Her survival is the single greatest weapon she’s had against the men out to destroy her. Until Jock. Now, with him by her side, she finally has a chance to bring them down. But when her enemies make their next move and Jock puts himself in the line of fire, Fiona realizes that there’s more at stake than just her life-she’s also risking her heart.

Author Megan Erickson turns up the heat in her sexy and thrilling Wired & Dangerous romantic suspense series featuring a ragtag group of elite hackers, and I have a sneak peek for you from the latest instalment in the series. Darkest Night is available now.

Fuck, she was beautiful. And not just because she’d made his brain leak out his dick, but because she was Fiona. She was smart and strong, and so damn brave. He was the weak one, the selfish one, because he couldn’t push her away, even though he didn’t deserve her.

“Can I touch you?” he asked, trying to soften his voice as much as he could. He didn’t know what she was comfortable with, if his touch was welcome.

She bit her lip, and uncertainty crossed over her features for a moment. That was enough to cool his sense of urgency, to once again make sure she had the control, that he let her set the pace. “I…yeah, I think I want that. I just…” She winced, like whatever she’d meant to say had hurt her.

Jock gripped her biceps. “I’m gonna roll you to your back, okay? Then I’m gonna touch you, and if there’s something you don’t like, you gotta tell me.”

She blinked at him and then nodded. He rolled her, careful not to settle his weight on top of her in a way that made her feel trapped or caged. It was his turn to explore now, but this wasn’t for fun; this was a fact-finding mission. He planned to study her, listening for every gasp, every inhale, because he wanted to know what made her feel good, what turned her on, what would make her forget all the ways she’d been touched opposite of that.

She lay on her back, staring up at him a little fearfully as he stretched out beside her on his side. He wasn’t quite sure how to do this… He’d never been slow, or gentle. He paid enough attention to his partners in bed to get them off because it was better for him when they did. That was it. Self-serving. This, with Fiona…this had to be selfless.

“Please, Jock,” she whispered, and her eyes moistened. “Just…please.”

Her hands were straight at her sides, and so he picked up the one closest to him, sliding his lips from her wrist to her fingers and pressing kisses on each fingernail. She relaxed beneath him before he even got to her ring finger, and a small smile curved her lips. Her legs shifted again, and he could see the damp spot on the fabric between her legs. Fuck, he wanted that. Then he chastised himself. He would only take it if she offered. This wasn’t about him.

He lifted her T-shirt to below her breasts, careful not to touch them yet. Her hands fluttered at her sides, but she didn’t stop him as he lowered his head. He pressed a kiss above her belly button and squeezed her hip, running the backs of his fingers down her ribs. She sucked in a breath and the skin shuddered beneath his mouth. He smiled and kissed her more, adding his tongue.

Her legs were moving constantly now, and he lifted his head to find her mouth open, breaths coming fast. Her hands gripped her shirt where it rested below her breasts, and with a sharp inhale, she lifted slightly and pulled it over her head.

He’d known she had full breasts, but fuck, seeing them in front of him was like nothing else. “Fiona,” he said as he touched the bottom swell of her breast. “Fuck, you’re gorgeous, sweetheart.”

She shivered beneath his touch, and the tension left her body. The trust she was placing in him…he was not worthy. He leaned down, nuzzling between her breasts just as her hand came up and slipped into the hair on the back of his head. She was okay with him at her chest, touching her breasts. Great, because he hoped to spend a lot of time there.

He closed his lips around the nipple and sucked. She jerked beneath him, her hand tightening in his hair. He closed his teeth around her, not biting, but letting her feel their edge, and she moaned a high-pitched whine. He pulled off and moved to the next breast, laving attention on that one until she was a trembling mess beneath him, her breasts wet from his mouth, her body a beautiful all-over flush.

He ran his finger along the waistband of her underwear. “Can I take these off?”

She blinked at him, and her gaze shifted to where he still wore his jeans, although they were hanging off his hips. “Can you—can you be naked too?”

He grinned. “’Course.” He shucked off his jeans and returned to his place at her side. “Now?”

He drew the underwear down her legs and laid them beside her on the bed. A patch of curly blond hair stood out on her pale skin, right above her clit. But the rest of her…she was bare. Bare and glistening with her arousal. Jesus fucking Christ, he could smell how turned on she was, he could see how it had begun to coat the crease of her thighs.

“Babe,” he said, and stopped roaming with his fingers and cupped her possessively. “Would you let me put my mouth on you?”

Her eyes popped open, big and round. Her mouth dropped down but she didn’t speak.

He smiled at her. “Babe, my mouth. My tongue. Between your thighs. I’m dying to taste you.”

She gripped the bed tightly, and she looked on the verge of flight. “I feel very exposed, vulnerable,” she said, and her honesty flayed him alive.

“I get that, babe. But this is still your show. You’re in control. I’ll stop, I’ll go slow, I’ll go fast, anything you want. You might feel vulnerable and exposed, but you got all the power.”

She shivered, and her legs convulsed on his shoulders. Then she smiled and brushed her hand along his temple. “I just know I like how it feels when you touch me. And I want this.” 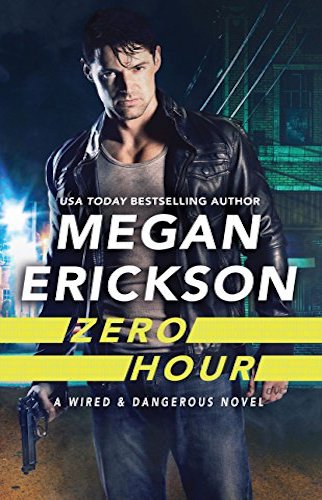 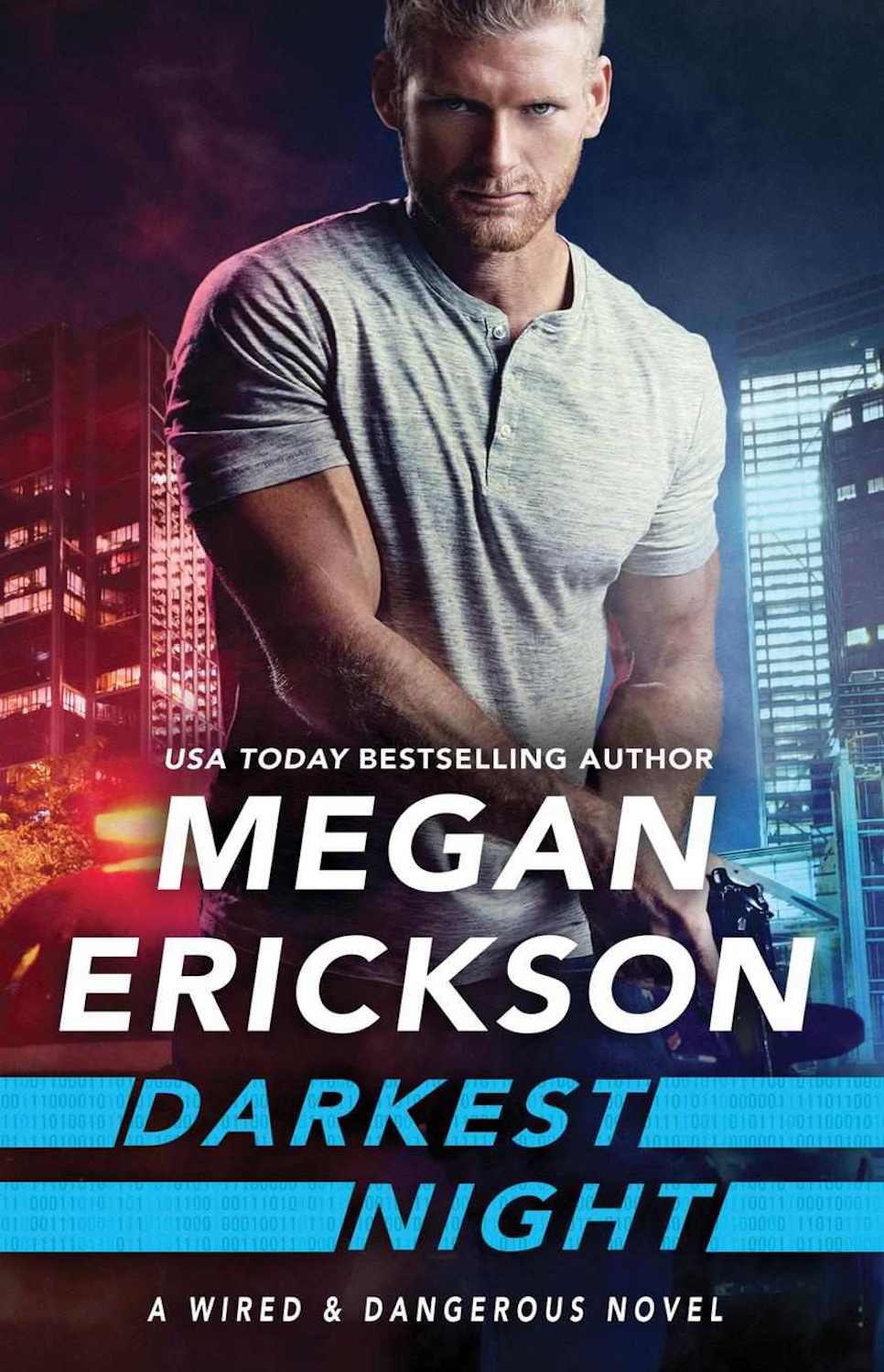 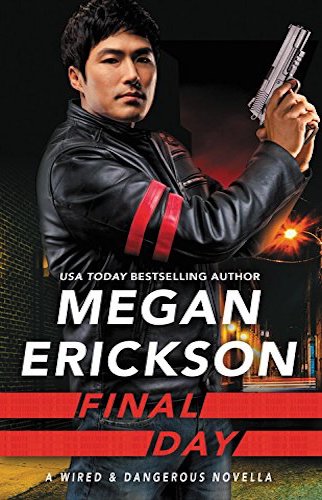