Which is why Annabelle Mills vowed a long time ago to never let it destruct her. A former pageant queen with a bite equally as lethal as her bark, she’s interning at her dream job on the set of the highest-rated home design show on television. Everything in Annabelle’s life, though it may be cold and isolated, is going exactly as she always planned.

Until her ex-high school sweetheart moves to town. The same boy that she cheated on, once upon a time, essentially breaking both of their hearts. But no one knows the full story, and being vulnerable enough to open up about it is not on Annabelle’s checklist.

The kind that courses through Boone Graham’s veins and allows him to shut out everyone around him. As the hottest rookie on Austin’s professional baseball team, he should be spending his days hitting homeruns and signing jerseys. Except he’s seen dreams ripped right out from under those closest to him, leaving them with nothing.

Without a college degree, he’ll never take the risk of pursuing his real dream. But when he runs into the girl who took a mallet to his heart and stopped it beating, attending the same university might just be the biggest challenge he’s faced yet.

As the semester unfolds, the line between love and hate is blurred. And with the amount of baggage stacked between them, together is the last thing they want to be.

That’s the thing about hearts, though. They develop plans all on their own.

EXCLUSIVE EXCERPT: You're the One I Don't Want

The story of two former childhood sweethearts who haven’t spoken to one another for five years, but now find themselves attending the same college—an all-new second chance romance is available now from author Carrie Aarons, and I have a sneak peek for you.

Riding in the same car I’d been sprawled out in the back seat of a month ago is fairly strange.

I keep wanting to turn my head around and look at the spot where Boone had been between my wide open legs, but I know that if I do, he’ll notice. Not that he isn’t thinking the same thing, I keep seeing his eyes flit to the rearview mirror.

“How has your week been?” I ask, trying to start a conversation.

Boone controls the car with one hand propped up on the steering wheel. He commands it, and I imagine that fist wrapped around a very different kind of stick shift. I can’t help it that everything this man does reminds me of sex. I only got one taste of it, in this very car, and it wasn’t nearly enough.

“Been okay. We have our first game this Sunday, opening day at the ballpark, so it’s been pretty hectic. A lot of media, more practice, plus I have to keep up with my schoolwork. At least there is only two months of school left, so after I graduate I can just focus on the season. But, yeah, it’s just been an adjustment. How about you? Do you work with Ramona and James every day?”

It feels nice, hearing about his day and him asking about mine. It’s … normal. We never did normal. We had the typical high school relationship. Hang out at the movies or mall in a group, and then just fall into being together. There were no dates, no real, deep conversations. We mostly made out and went to parties together. But there was still that underlying spark that kept us gravitating toward each other, and it was still here now.

“Not every day, but most days. We shoot on Mondays, Tuesdays and Thursdays, but I’ll inevitably get called in to a site or their studio at their house to go over some detail probably about two other days a week.”

“Isn’t that intense with your class schedule? And you’re only, what now, twenty-one?”

I nod. “Good guess, yeah, I’m old for my grade, my birthday is in October.”

“October seventeenth, right?” He glances over at me and then puts his eyes back on the road.

“Wow, didn’t think you remembered my birthday.” I am shocked.

Boone just smiles. “So, does the show make you miss class a lot?”

Shrugging, I try to speak through the surprise of Boone remembering a detail about me. “I do, but my advisor helps me butter up the teachers and they all know what great publicity it is for the design program at the college that one of their students is a featured intern on one of the most highly rated home flipping shows on TV.”

“That’s true. Have you ever thought about just doing the show full time?” He seems genuinely curious.

“I won’t lie and say I haven’t. But I want to check the box of having a degree.”

“You always were a perfectionist. Always had to have everything in its right order.” He adjusts his position, and my eyes can’t help but stray to the crotch of his black jeans.

I kind of like that he’s driving and can’t quite fully focus on me. It gives me time to inspect every part of his face and physique.

Swallowing the lump in my throat, I give him a small smile. “Says the guy who has a whopping major league baseball contract but is still in college. What’s that about, anyway?”

Boone’s eyes slide to me, look at my mouth, and then flit back to the road. “Eh, it’s a long, boring story.”

His silence tells me we won’t be discussing that topic further.

We’ve been on the road for about twenty minutes, and are somewhere in the suburbs of Austin, when Boone turns the car into a parking lot. Looking up, I see the sign on a building as he maneuvers the car into a spot. It reads, The Alamo.

“Super creative name for a restaurant in Texas.” I roll my eyes.

“Don’t knock it until you try it. I know, the name is corny, but they serve the best fried pickles here that I’ve ever eaten.”

“I know.” Boone smiles as we exit the car.

He makes no move to open my door for me, which I kind of prefer. I’m not an invalid, I can open doors and carry bags and I’m just fine with a breakfast smoothie on the go and no tray in my bed. I’ve always been less romantic than everyone around me, and I’m glad that Boone isn’t acting the part of the chivalrous male. Although, I’ll take pink peonies any day of the week. Just because I love the smell and they’re pretty to look at.

“You remembered that?” I’m kind of in awe.

He stops before opening the restaurant door for me. “Annabelle, despite what you’ve assumed, I didn’t totally have my head stuck up my ass when it came to dating you in high school. I know things about you, probably more than you told me or let on. So just go with it. Commit yourself to the idea that we’re going to have a great date. 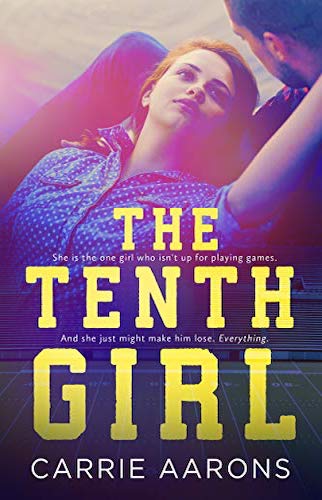 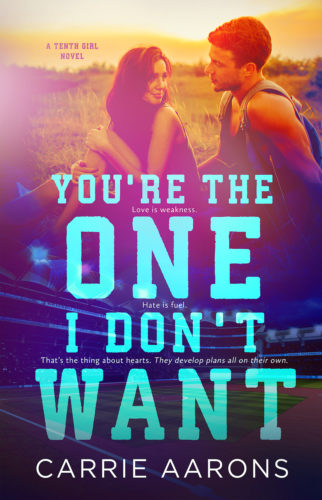