Massive world tours. Over a hundred million albums sold. Groupies galore.
Every day is a party for Viper and the guys of TBD, the biggest rock band in the world. But it all comes to a screeching halt when the lead singer walks out of the studio one day and never comes back.

Ear-blistering vocals. Butchered lyrics. Fame chasers.
After months of lackluster auditions, Viper, the lead guitarist and resident bad boy of the group, is ready to find solace in the bottom of a bottle. Time’s running out and the pressure’s on to find a new singer, but it isn’t until an angel walks through the door that the band’s prayers are answered.

Charismatic. Talented. Magic behind the mic. Halo is everything they’ve been looking for.
With a voice to match his stunning good looks, it isn’t long before Viper’s taking notice. But there are several reasons this is a bad idea:

Too bad Viper’s body isn’t listening to his head—at least not the one on his shoulders. But you can’t fake chemistry, not onstage and certainly not off it, and Viper and Halo? They have it in spades.

As both men try to resist the fire blazing between them, and the band is forced to reinvent themselves, it’ll be a complicated rise back to the top. But from the ashes of what was, something beautiful is born. Something better. And when the world finally sees Halo stretch his wings, they’ll discover what it’s like to fall for an angel.

“I don’t understand why you pretend to be such a hard-ass. Why you don’t date. There are millions of guys who’d die to be sitting where I’m sitting tonight if they had the chance.”
I glanced at Halo’s striking profile, and when the wind ruffled the hair around his face, I said, “I don’t want a million guys. I want the one who’s already here.”

A steaming cup of scrumptiousness is the perfect way to describe this tasty, three-part morsel from one of my favourite writing duos, and I found myself devouring all three like a woman possessed. From the electric charge of its love scenes, to its most tender moments, this is one of those love stories that consumes you to the point of obsession, taking over your whole life while you’re lost in it, and then leaving you in a happy haze that lingers long past the final page. Ella Frank and Brooke Blaine know how to turn up the heat, delivering scene after scene of intense sexual chemistry between the characters, all the while taking the reader on an utterly romantic, emotional journey as the protagonists explore their feelings for one another. Tantalising and delicious, these books are sure to satiate anyone’s appetite for a well-written, toe-curling erotic romance.

“Viper,” I said in greeting. He inclined his head ever so slightly.
“Angel.”
“It’s Halo.”
Viper smirked. “Same thing.”

After ten years of churning out hits and packing stadiums all over the world, one of the biggest rock bands in history suddenly finds itself without a lead singer. Refusing to throw away a decade of hard work and all they’ve built together as a group, the four remaining band members decide to soldier on without their original frontman by finding a new vocalist. But after countless unsuccessful auditions, the unfruitful search for a new lead singer begins to take its toll on the group. Until a sexy cherub named Halo walks into their studio and blows them all away with his voice.

“You are giving us a second chance. Your music kicks ass, your lyrics are hot as fuck, and this face with that voice? Angel, you’re about to be a fucking superstar.”
“You really think my music kicks ass?”
“I do.”
The smile that lit Halo’s face made something in my stomach tighten. “Then what do I care what the rest of the world thinks? That’s good enough for me.”

And while there’s immediate consensus among band members that they’ve found something truly special in Halo, Viper—the group’s lead guitarist and resident bad boy—begins to show a very different kind of interest in their new frontman, knowing all too well what a bad, bad idea it is to pursue a fellow bandmate. Especially one who happens to be straight. But from the moment Viper lays eyes on Halo, his body knows what it wants, and the more time they spend together, the harder it becomes to deny the growing sexual tension between them. Playful touches quickly turn into needy ones, hot kisses turn into even hotter sex, and over time, their steamy hookups become something more.

As I lay there in the aftermath, with Viper’s steady breathing against my neck, I realized I knew nothing. Because coming into Viper’s bed hadn’t only changed my life—it had shown me what I’d been missing.

But even as their relationship continues to heat up to scorching levels, and Halo begins to embrace feelings for a man who consumes him like no other, Viper remains skittish of the very idea of a romantic attachment and of any type of emotional vulnerability with another. We watch the band go through a ‘rebirth’ of sorts with a new, charismatic frontman at the helm, delivering blistering performances and thundering forward with a new energy as they continue to evolve as a group, but it is Halo and Viper’s relationship that continues to take centre stage, even as it continues playing out behind the scenes.

I had no idea how long I had to enjoy what was happening between us, and whenever I thought about it being over, I found myself wanting to hold on to him tighter, to kiss him harder, to mark him in some way as mine, so he’d be just as affected if he decided to walk away.

Their story is told from both points of view, so we not only get to watch Halo come to terms with being attracted to a man and finding himself the target of male interest, but we also get to witness every small crack in Viper’s surly façade as he slowly loses his heart to an Angel. They are polar opposites—Viper is a man who gives very little of his true self to those around him, while Halo leads first with his heart—but it is those very differences that turn their attraction into the perfect storm. An escapist reader’s wet dream, I loved this story so much, and even after three books, it left me howling for more.

“Millions of people out there are going to want you because of everything you can give them.”
Halo cupped my cheek with his other hand, and when I was looking him in the eye, he said, “That might be true. But I don’t want a million people. I just want the one who’s already here.” 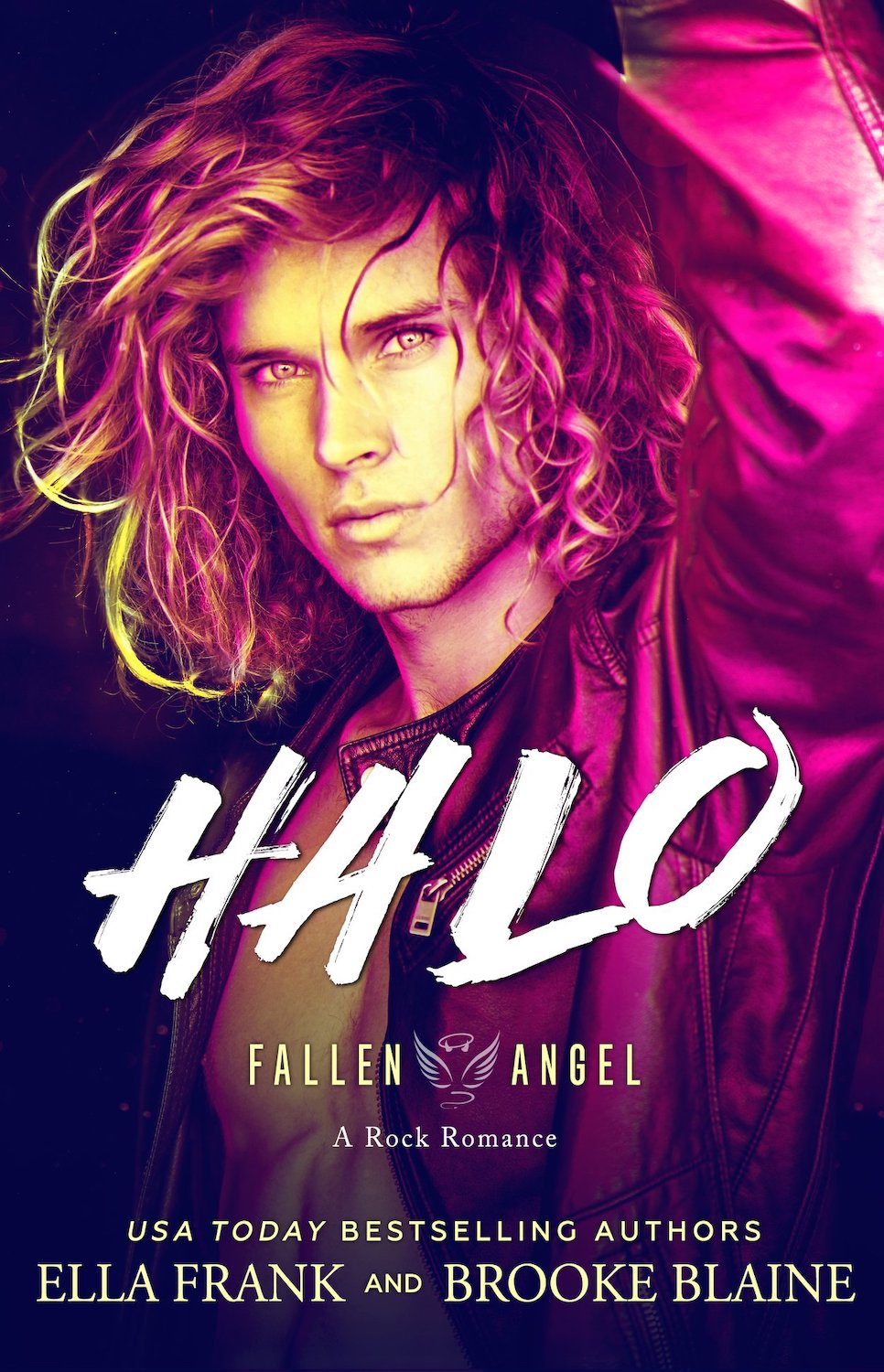 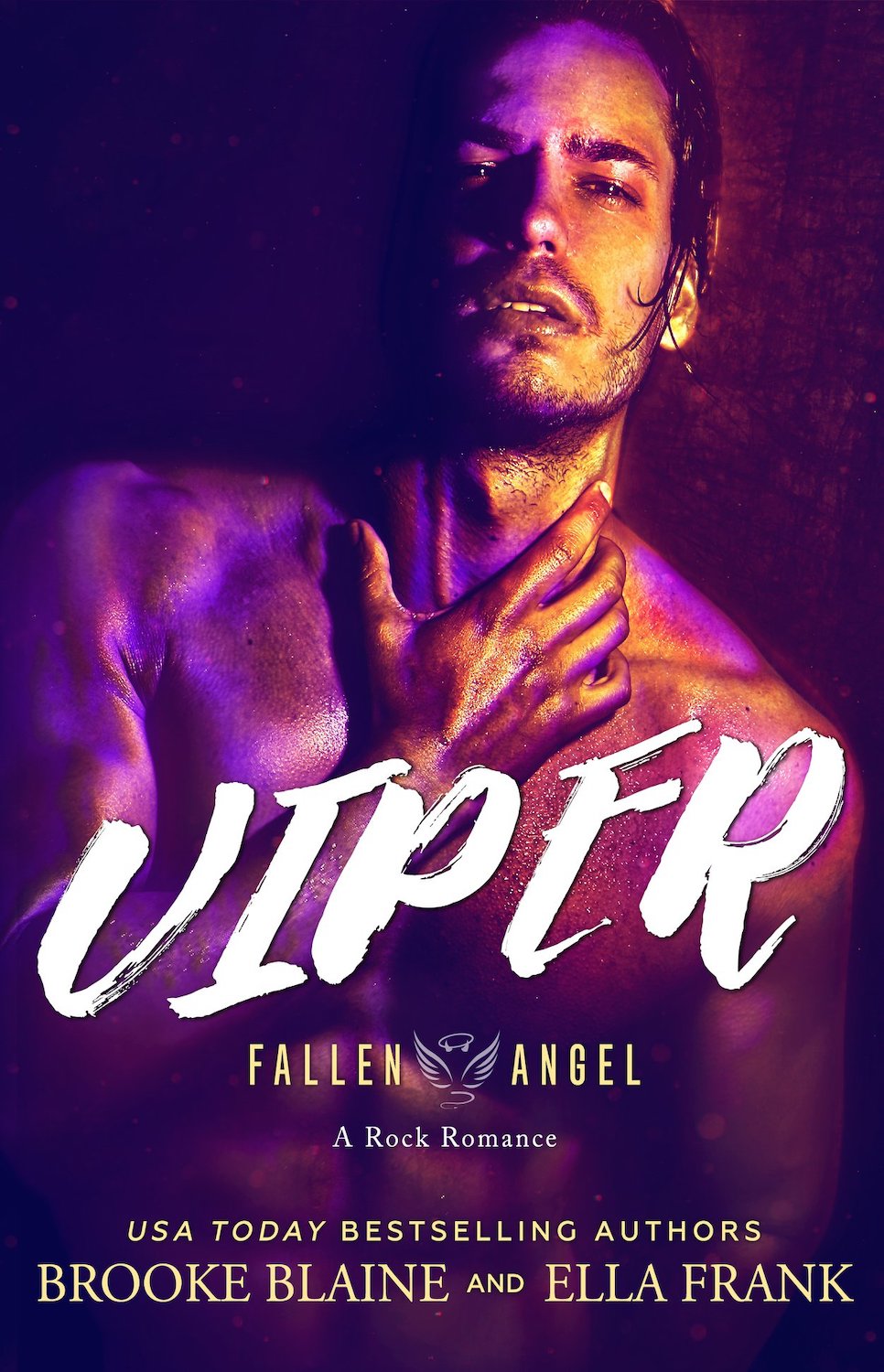 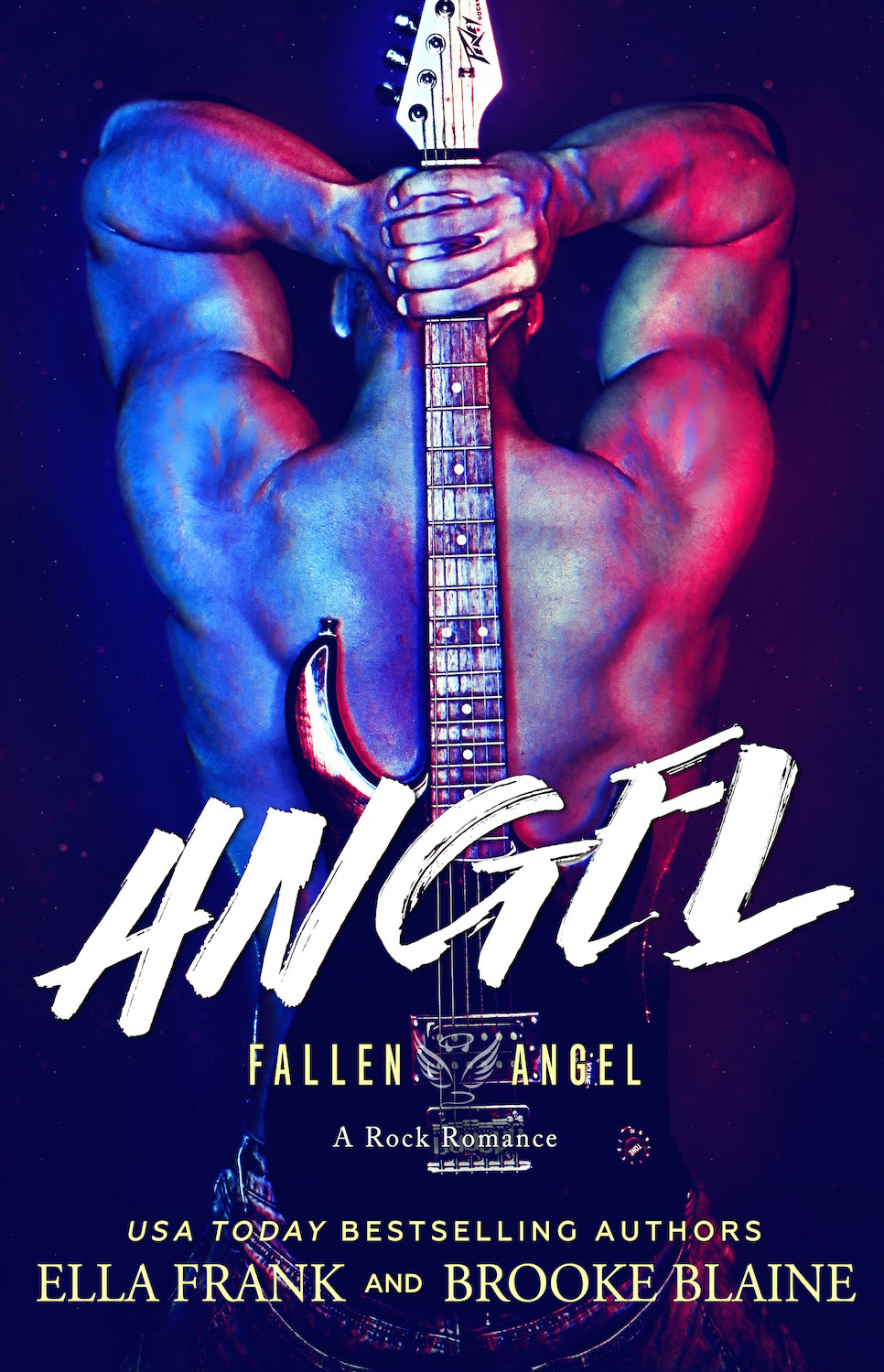 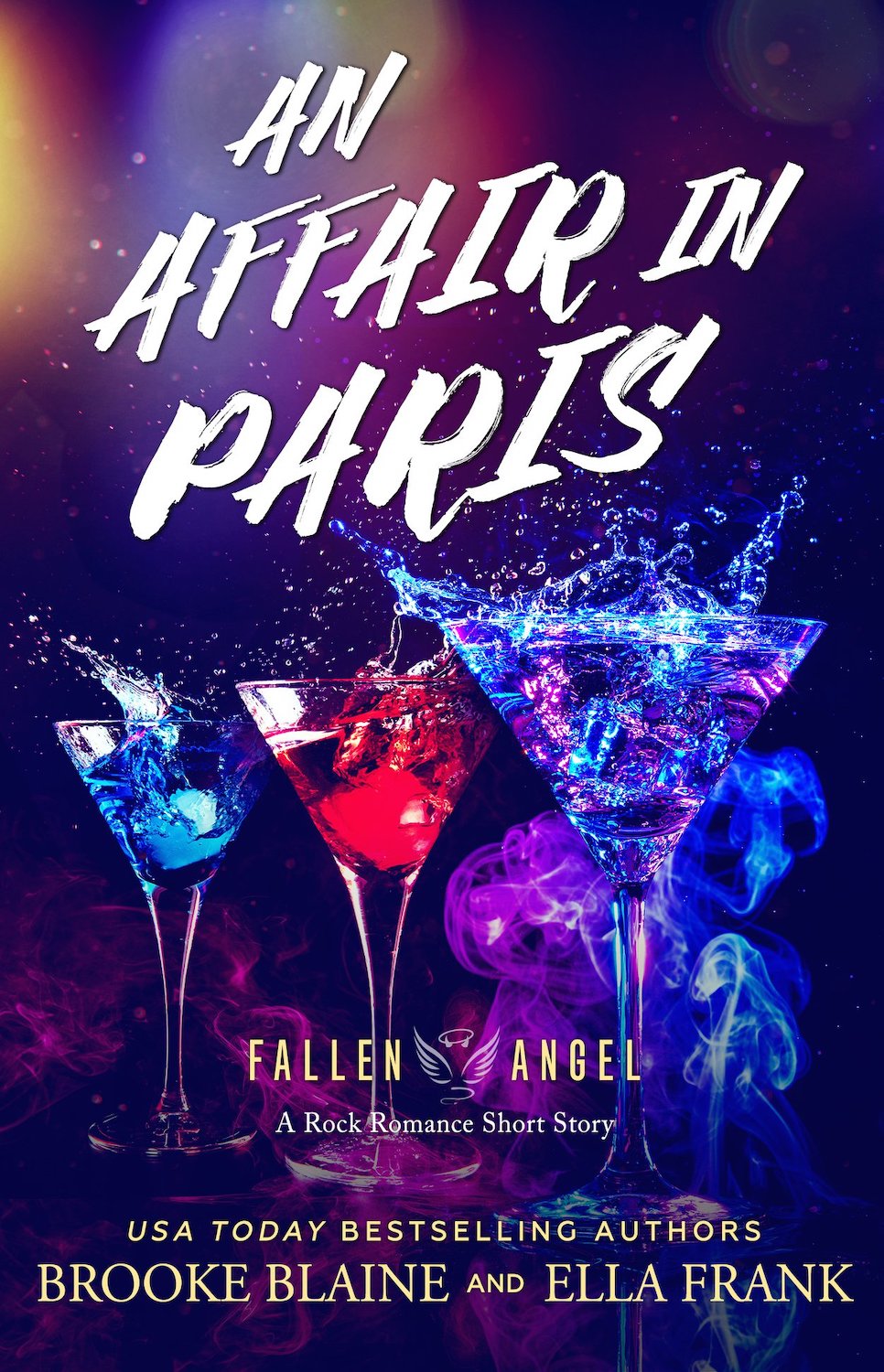 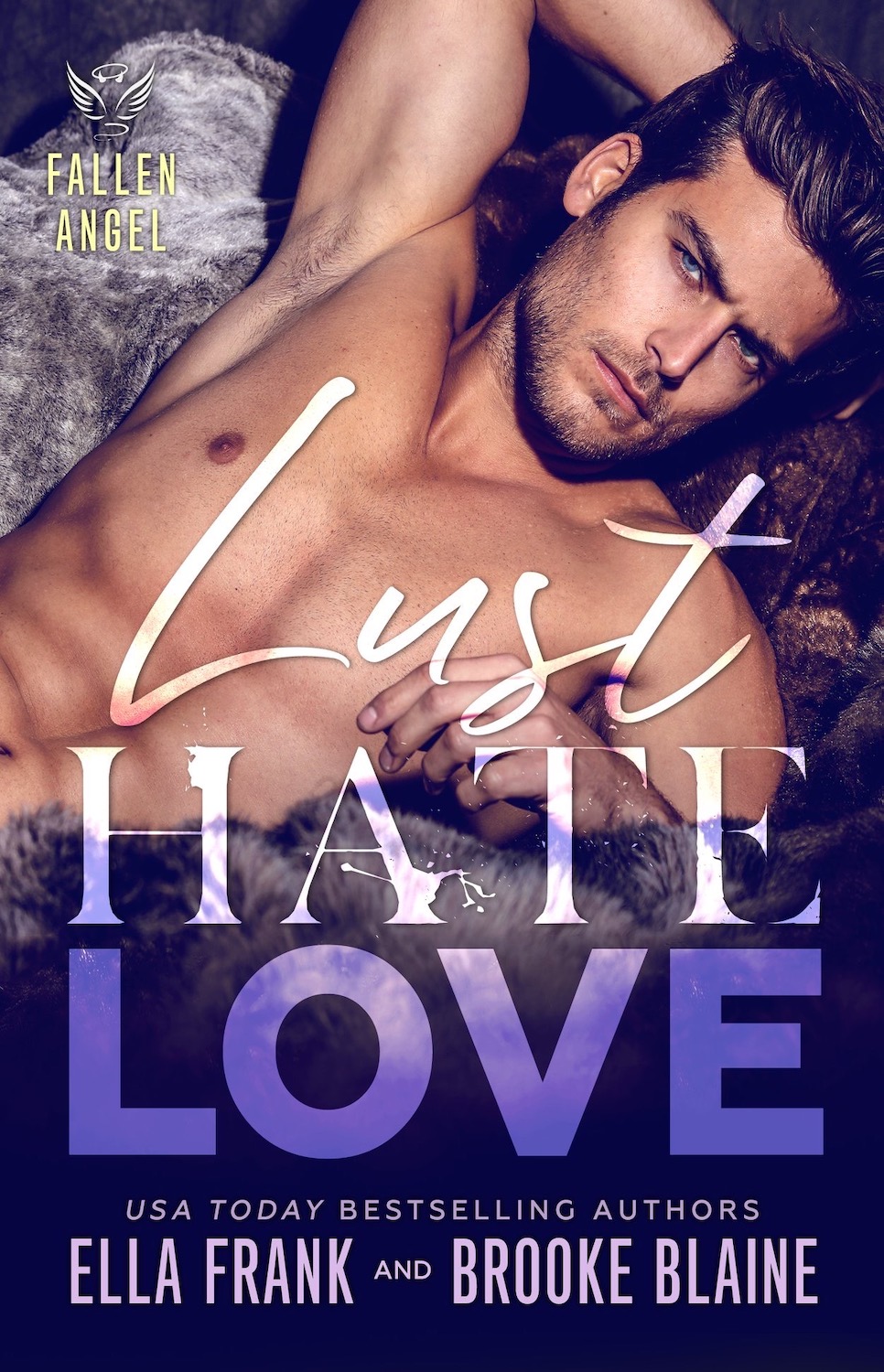