Sometimes lady luck shakes your hand, and sometimes she smacks your face. Sometimes she does both on the same day.

Three years ago I met the most amazing girl in the world. We were both down on our luck. Then I got that call—the one that tells you to get your buns on a plane to go meet your destiny.

But the girl was left behind. I didn’t have her phone number, and she didn’t know my real name.

While I became a professional hockey player, she became a superstar, with platinum records and legions of fans. And a slick, music producer boyfriend who treated her badly.

But fate wasn’t done with us yet. When Delilah turns up at a hockey game, I can’t resist making contact. The internet swoons when I ask her out on a date.

She might not remember me. But her jerkface ex does. He’ll do anything to keep us apart.

Good thing athletes never give up. This time I’m playing to win.

A sexy new standalone novel in Sarina Bowen’s Brooklyn Bruisers series is coming next week, and I have a little sneak peek for you. It’s the scene where the heroine has just been asked out on a date—on Twitter…by a professional hockey player who spotted her on TV at her very first game!!

“A glove save!” Becky screams. “Whoa!” Play halts for a moment, and my heart is beating faster than it has in a while.

Honestly, this is the first time I’ve ever understood why people watch sports. Staring at the game on a screen seems like a waste of time. I can never sit still long enough to watch TV. But a live hockey game is much more fun than I expected.

Furthermore, twenty thousand other people dressed in green or black agree. I consider myself a connoisseur of crowds at this point. And this stadium is rocking.

The players line up again, and the ref drops the puck between two them. They pounce like hungry tigers. You can feel the tension in the room as the clock ticks down. There’s fewer than four minutes left.

The puck flies in our direction, and then a Dallas player slams an L.A. player against the plexiglass right in front of me. The first time they did that, I actually jumped like a frightened kitten. But this time I’m ready. The player is so close to me that I can see the beads of sweat on his eyelashes. That really shouldn’t be sexy, but it is.

Come on, L.A., I find myself thinking. Now that I might meet a hockey player, I am even more invested. Although it’s looking increasingly unlikely. Four minutes become three. “What happens if it’s a tie?” I ask suddenly.

“They go into overtime. They put another twenty minutes up on the clock. The first team to score during that period wins. Rinse and repeat.”

“Oh. But the dating goalie thinks L.A. can win inside of three minutes?”

“That’s what he said. But it seems unlikely.”

I guess it doesn’t matter what I do, then. So I take the phone from Becky and erase her reply.

“What are you doing?”

“I’m rewording it.” Sure, if L.A. wins in the next three minutes, I’ll go out on a date with you. I’ll put the green jersey back on, though, just to keep this interesting.

“It’s a shirt, Beck.” I hit Send. “No shirt ever changed the outcome of a game. Where’s the green one?”

“No, you’re sabotaging yourself. It’s like you don’t even want to meet a nice man. I’m worried about you.”

“I would love to meet a nice man,” I tell her. “Except those don’t really exist.”

“Name one. A real one. Not a guy from one of your books.”

She bites her lip. “Okay, just because we meet a lot of assholes in the music business doesn’t mean nice guys don’t exist.”

“Really? Between us, we have fifty years of experience meeting boys. And not one nice boyfriend to show for it.”

“Well…” I have to admit that her ex is a good guy. “Whatever. There aren’t many. And you’re stalling. Hand over the Dallas jersey.”

“You’ll have to kill me first,” she says crisply. “One of us is going on a fun date, damn it.” She checks her phone.

“What did he say?” I find myself asking.

“Nothing at all.” She stashes her phone. “He’s glued to the game, I’ll bet. That’s why I want you to meet him. He’s interested in you, but he has his own life. Not like Ferris, the blood-sucking vampire.”

“I thought we weren’t talking about him tonight.”

“Fine. Two minutes,” Becky says, leaning forward in her seat. “The suspense is killing me.”

I have to admit it’s killing me, too. The puck is in the far corner now, with players fighting over it. I can almost feel the clock ticking down in my gut. Then L.A. flips it loose, and the chase is on.

“He replied!” Becky says, her phone in her hand again. “He says: Even if you wear the Dallas jersey, this is totally happening. You look pretty great in black, though. Just saying.”

It ought to seem a little creepy that he can see me when I can’t see him. But for some reason the compliment spreads warmth across my face, anyway.

“Aw! See how cute he is?” Becky gasps. “You two can tell this story to your children.”

“Oh stop.” My cheeks are on fire, and it makes no sense. Besides, there’s only ninety seconds on the clock now.

The players’ speed is almost dizzying. I guess it would light a fire under my ass, too, if I knew this could head into infinite overtime. It’s a blur of black and green and sheer ambition. I lose track of the puck near the Dallas goal. “What’s happening?” I ask pointlessly.

And then twenty thousand people stand up for a better look as the Dallas goalie dives.

I stop breathing. And then the crowd makes a deafening roar as the lamp lights behind the Dallas goal.

“There’s still another minute on the clock,” I say slowly.

She cackles. “What are the odds? I think you’re going on a date.”

I take the phone out of her hand. So, um, where do you live? I reply to the goalie.

It looks like I’m going to meet him after all. 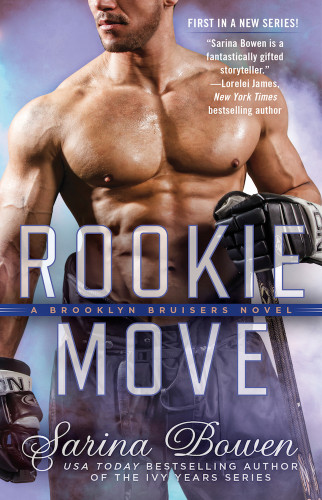 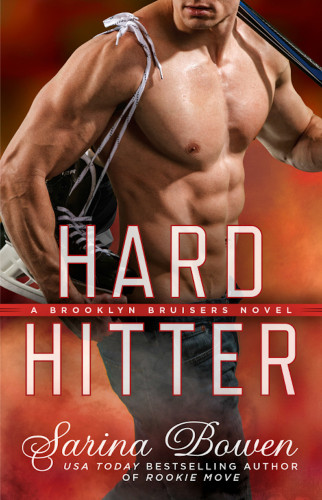 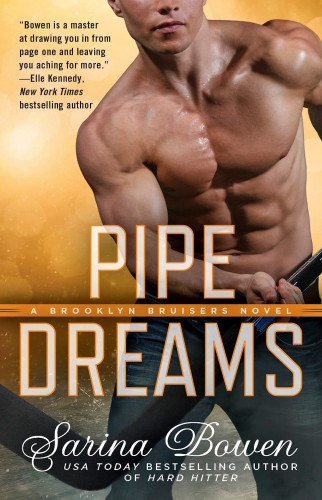 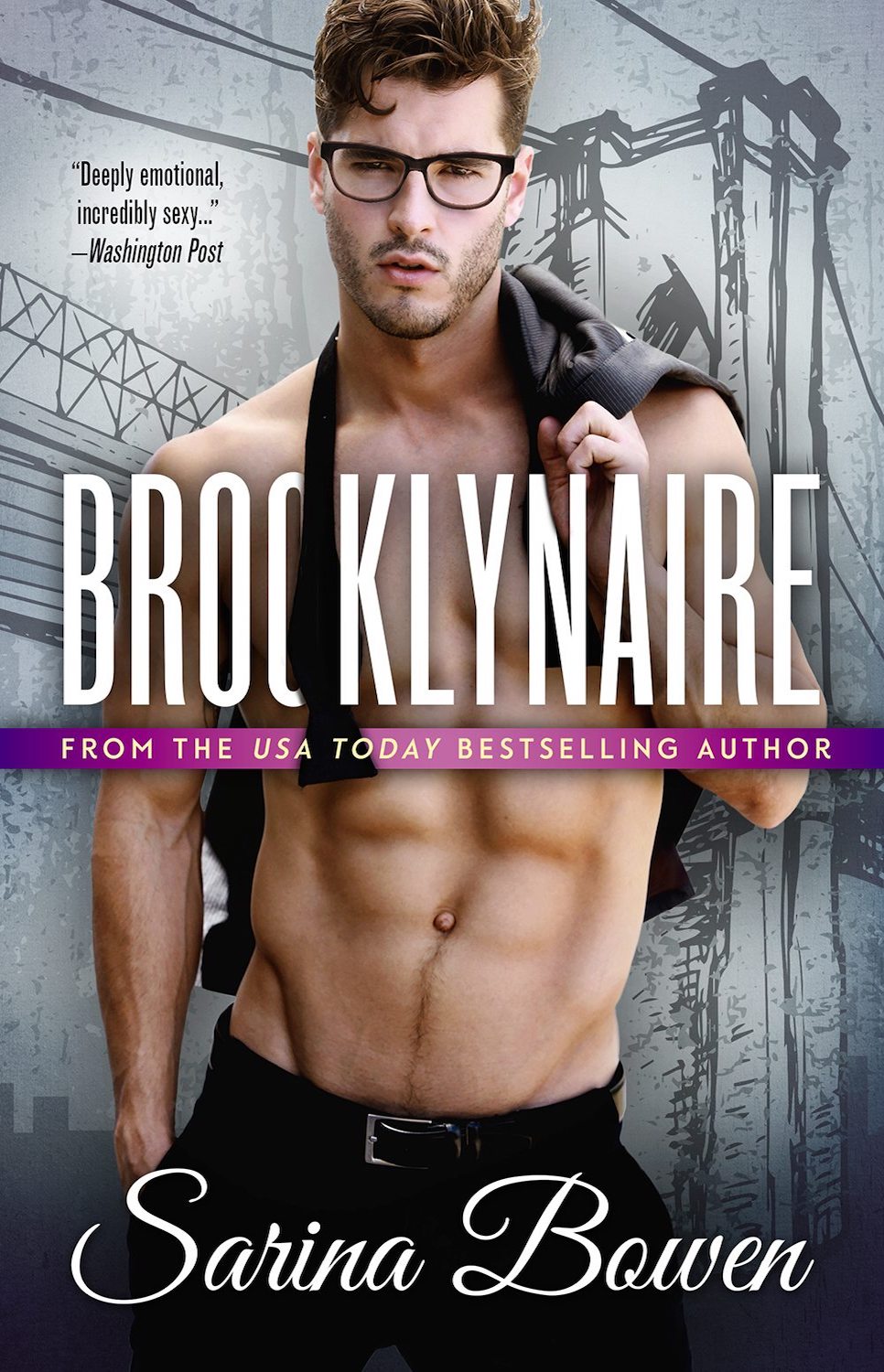 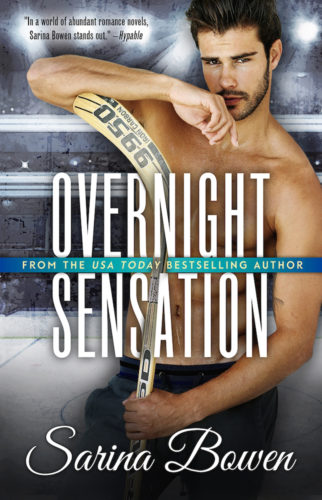 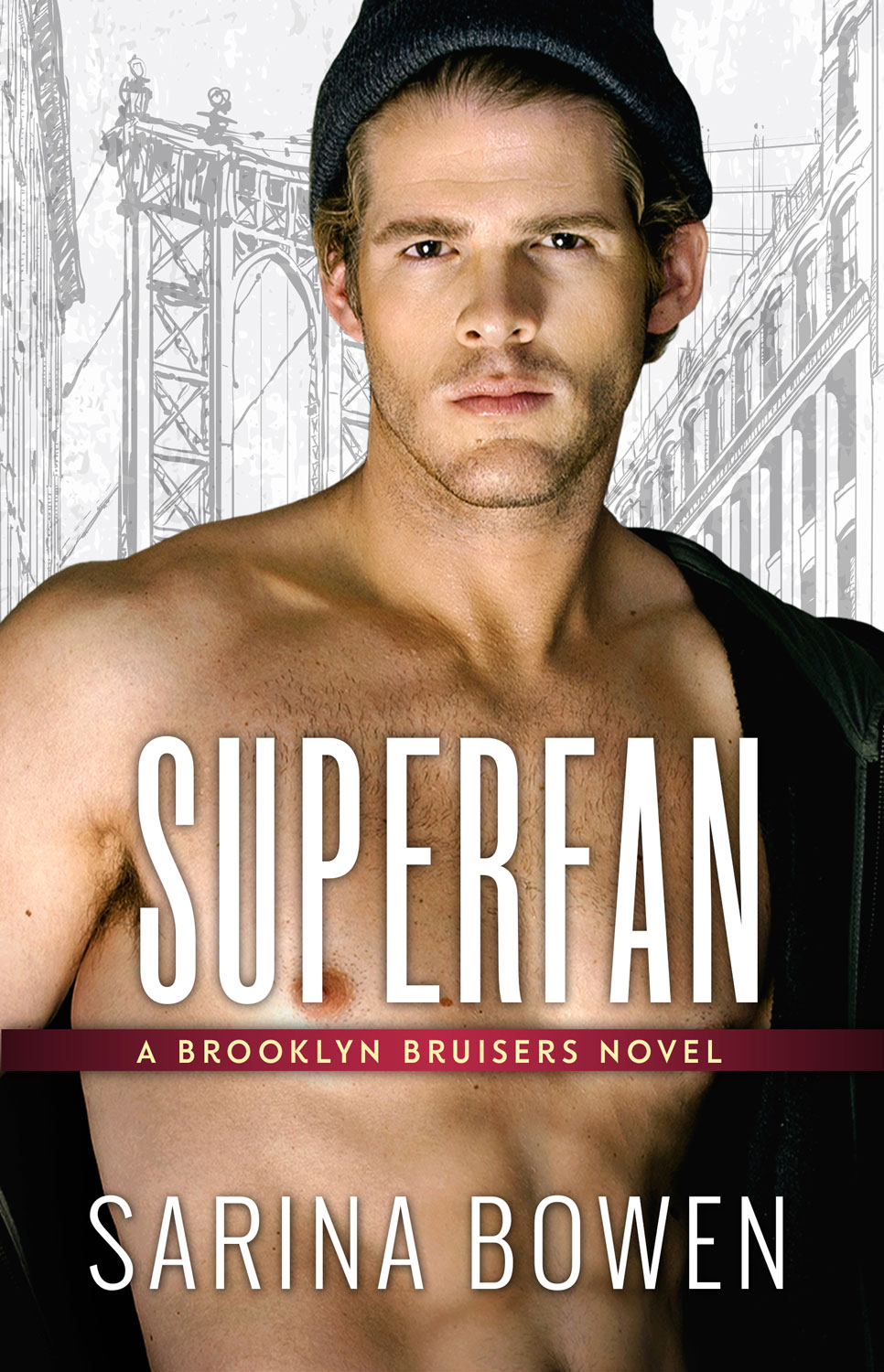 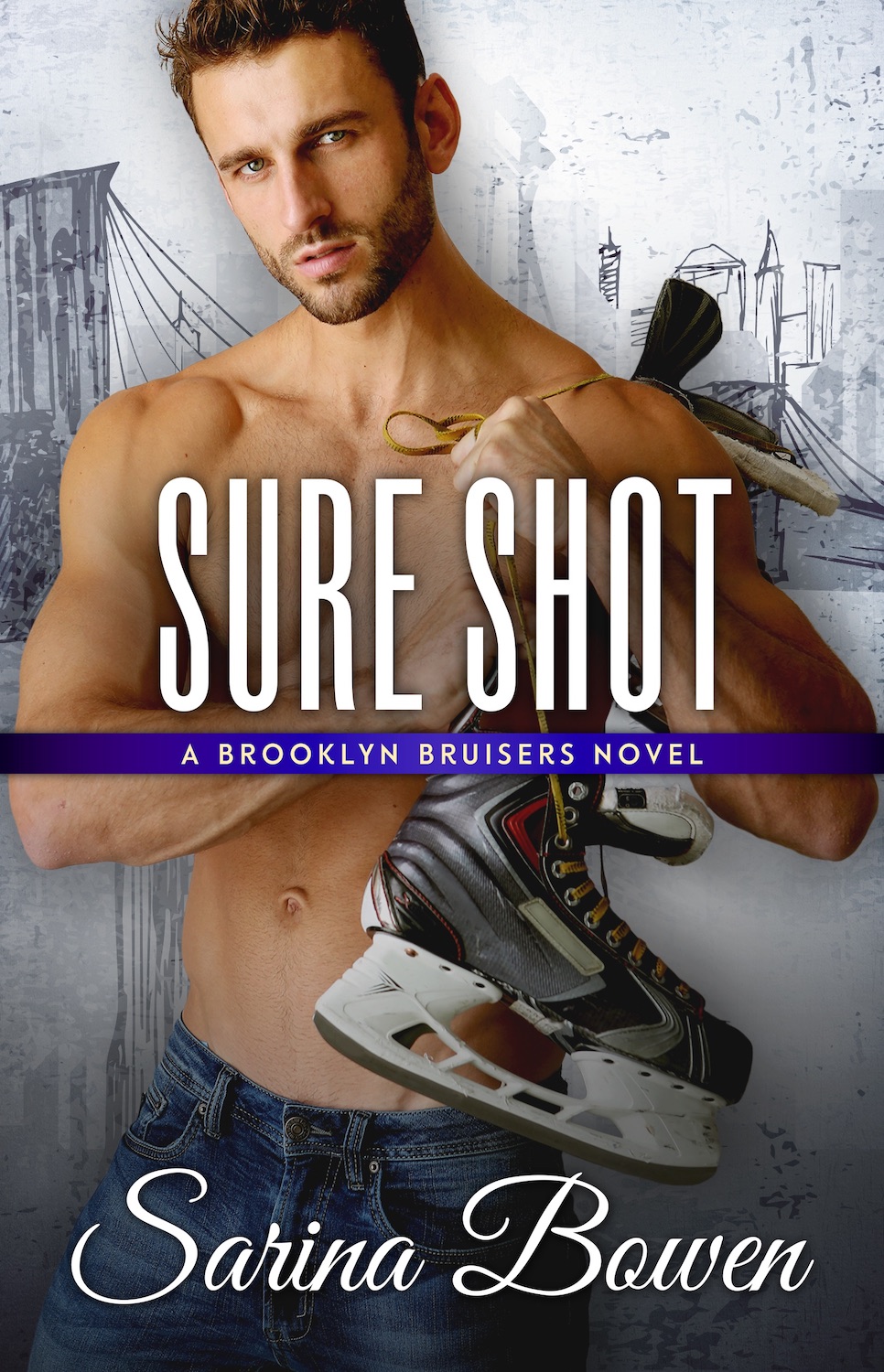 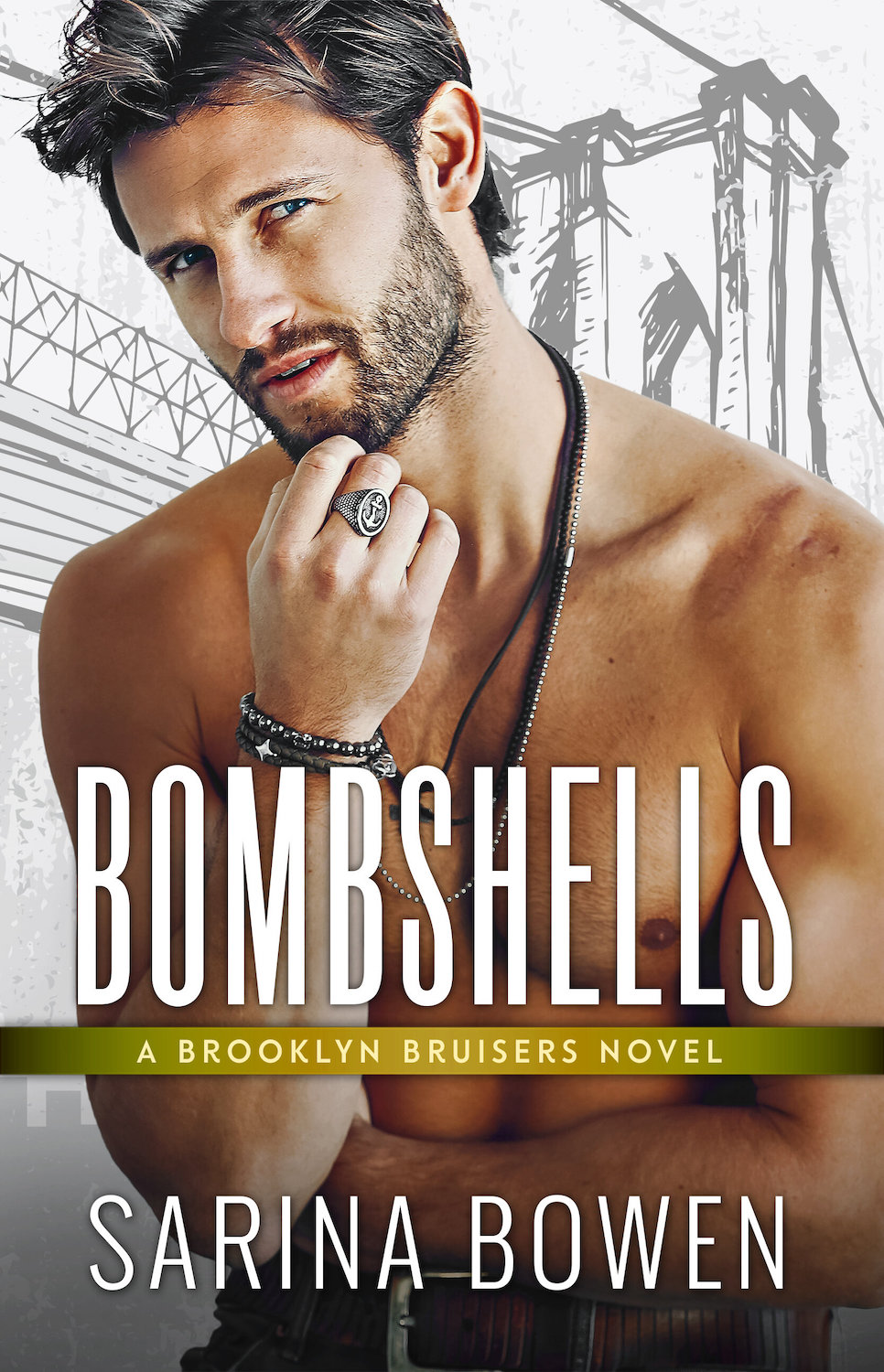