Just five months ago, Valentine O’Dell started working at a very special kind of club – one where you can dance the night away, or live out your greatest fantasy. She’s learned to lose herself to her nights, forgetting all her day time woes as she charms every man she meets. It’s easy enough to do when she doesn’t let her feelings get involved.

Then Ari Sharapov walked in and changed everything.

Working for his father’s law firm has left Ari with very little control over his life, so when he meets Valentine for the first time, he sees a girl who is desperate for someone to take care of her. To take over her. So what he can’t get for himself in the day time, he’ll simply take for himself at night. But when power struggles lead to real feelings, who’s actually controlling whom?

Some relationships are better left in the dark.

EXCLUSIVE EXCERPT: What We Do in the Night

The first book in Stylo Fantôme’s all-new Day to Night duet releases this week, and I have a very sexy sneak peek for you.

“I’m not impressed with your tour thus far,” Ari warned her, giving her a glare. Valentine beamed back at him before turning away.

“No returns, no refunds.”

“And if I want one?” he asked from behind her. She shrugged.

“You can ask. It’ll be highly entertaining. The bouncer has been bored lately, he’d love to have that discussion.”

Ari’s hands were suddenly on her hips, spinning her around to face him again. Once she was, his hands smoothed down over her butt and he pulled her close.

“Impress me,” he whispered, staring down the length of his nose at her.

“It’s entirely possible that Caché isn’t your kind of place,” she offered. “Maybe you’d feel more at home in a winery, or in a golf club. A local chapter of the Elks Lodge.”

His smirk was back in place – she’d almost begun to miss it – and then his lips were against her ear, his teeth scraping against her skin.

“Maybe I’d feel more at home in you.”

She shivered, then leaned into the contact, pressing her cheek bone to his jawline.

“You couldn’t afford the rent.”

Valentine stepped back and pulled him backwards out of the room. She could already tell he wouldn’t be interested in any of the other party rooms in the club, so she took him to a secret room. It was completely blacked out, except for a strobe light that only flickered every ten seconds. It was standing room only, wall to wall people, men and women. Some fully clothed, some in their underwear, some completely naked. Ambient house music played through speakers. Hands were everywhere, massaging and caressing and squeezing and pulling.

Since he was very tall and Valentine knew the light sequence, it was somewhat easy to spot Ari when they got separated. He was in the left corner of the room, somewhat enraptured by a well endowed woman rubbing her breasts across his back. So Valentine felt okay about letting herself get swept up in the crowd, losing herself to the sensations.

She could fully admit that she might be over her head in this particular situation. Caché really wasn’t the place for someone like Ari, he probably found it all childish and droll. He was only there for her, which made him dangerous.

She was sandwiched between two naked women, she could feel the curves of their bodies against hers. Their touches were gentle as their hands explored her own body, staying strictly above her clothes because at Caché, rules were law, and consent was number one.

When she opened her eyes again, the strobe went off at the same moment, and she could see Ari maybe ten feet away from her. Staring at her. Then there was darkness and she held her breath. The strobe flickered again and he was right in front of her. In the darkness that followed, he grabbed her arm and he pulled. He pulled and she moved, because from the first moment he’d spoken to her downstairs, she’d been waiting for this to happen.

His hands were tangling in her hair, tilting her head up. His mouth was over her lips, forcing them wide apart. By the time the strobe went off again, her eyes were closed and his tongue was thrusting into her mouth. She moaned and hooked her hands over his biceps, drawing him closer.

They stumbled across the dark room, shoving through bodies, leaving moans and shouts in their wake. Then they were crashing into a wall and his leg was between hers, his thigh against her crotch. She groaned, then bit down hard on his bottom lip while raking her fingers through his hair.

This is so good. It feels so different. It’s wrong. I shouldn’t be feeling this way. Don’t be afraid to say ‘no’. Don’t think about what you’re doing. Don’t let them know what you’re thinking. And for fuck’s sake, don’t get attached.

Before she could stop any of it, though, he stopped it, first.

“Let’s get out of here,” he suddenly growled into her mouth, then he jerked her away from the wall.

He led her back downstairs, and took her to their booth at the back of the room, and when he sat down this time, he pulled her right onto his lap.

“Valentine,” he sighed her name. “Patron saint of love.”

“Now why am I not at all surprised to find out,” he laughed when he finally pulled away, “that you’re the patron saint of something deadly and destructive.”

Valentine stared down at him from hooded eyes. He stared right back. She noticed that roguish lock of hair had once again fallen out of place, so she lifted her hand and gently pushed it back. 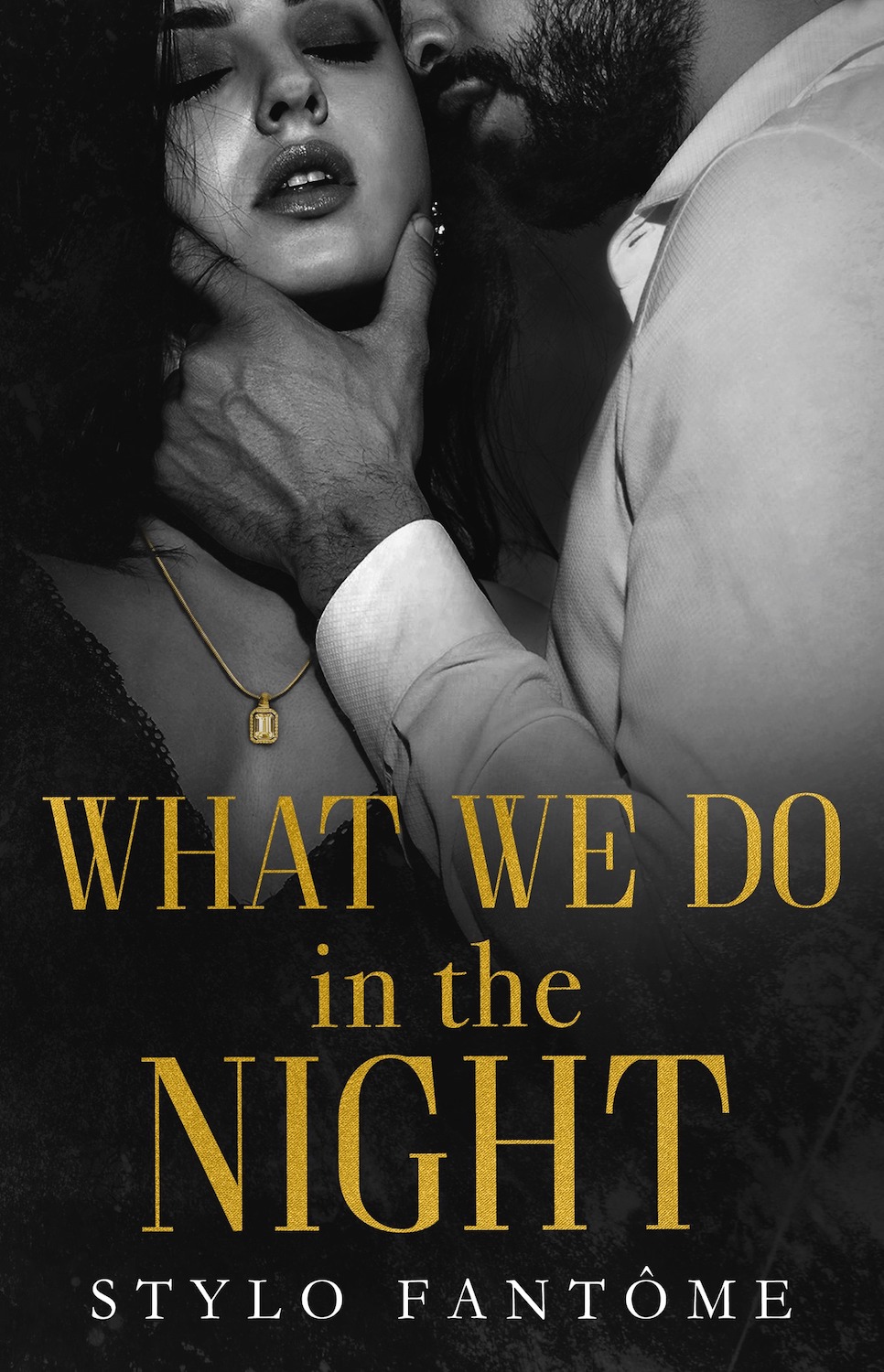 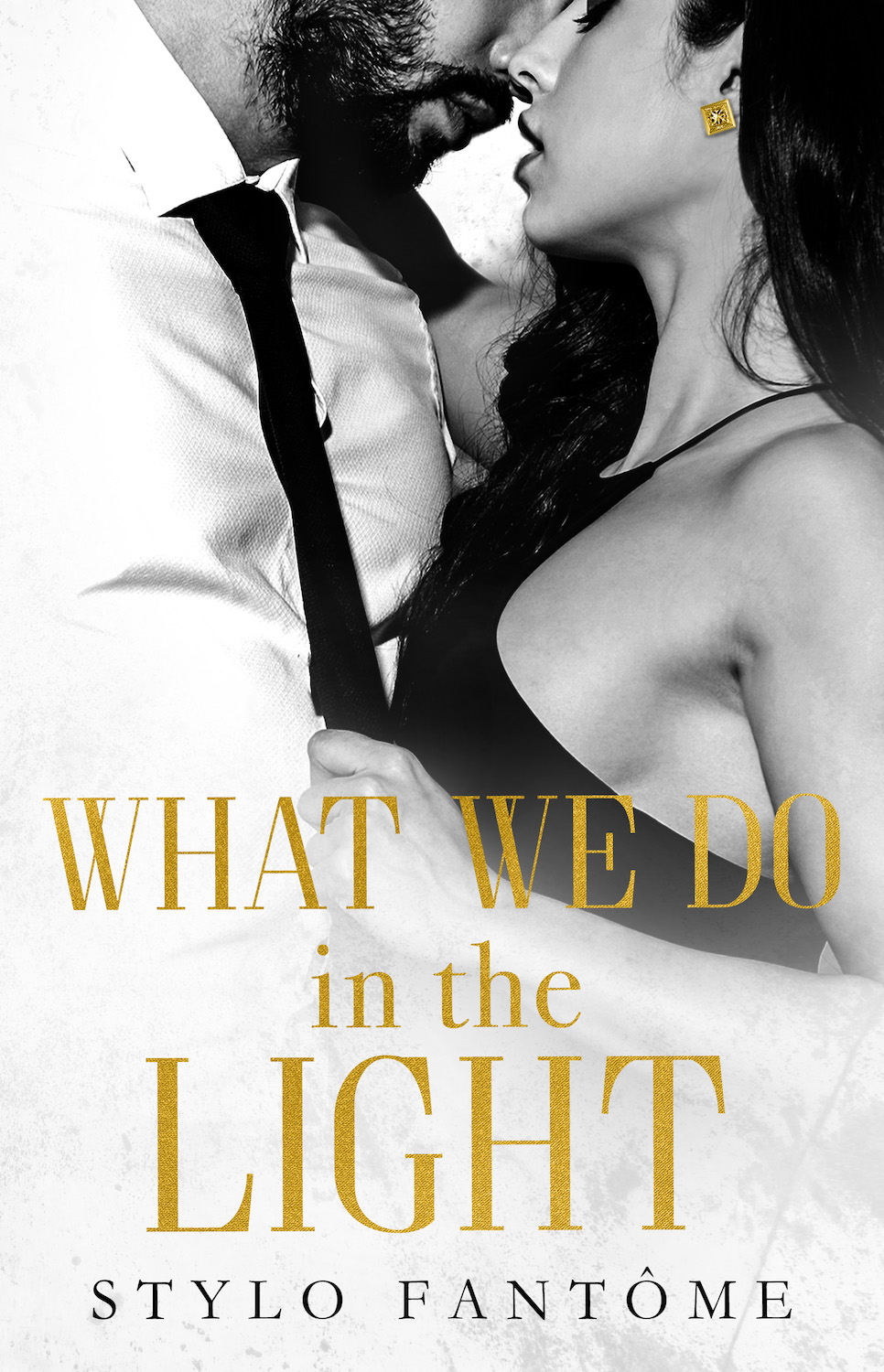