Thea Quinn has no idea what she is. All she knows is that her abilities have been a plague upon her life since she was a child. After years of suffering at the hands of a megalomaniac, Thea escaped and has been on the run ever since.

The leadership and protection of his pack are of the utmost importance to Conall MacLennan, Alpha and Chief of Clan MacLennan, the last werewolf pack in Scotland. Which is why watching his sister slowly die of a lycanthropic disease is emotional torture. When Conall is approached by a businessman who offers a cure for his sister in exchange for the use of Conall’s rare tracking ability, Conall forges an unbreakable contract with him. He has to find and retrieve the key to the cure: dangerous murderer, Thea Quinn.

Thea’s attempts to evade the ruthless werewolf are not only thwarted by the Alpha, but by outside dangers. With no choice but to rely on one another for survival, truths are revealed, intensifying a passionate connection they both fight to resist. At war with themselves and each other, Conall and Thea’s journey to Scotland forces them to face a heartrending choice between love and betrayal.

An all-new adult paranormal romance is out this week from author Samantha Young, writing as S. Young, and I have a sneak peek for you.

“I take you back to Scotland and we try to evade this mystery man until Ashforth gets to the bottom of it. Once we’re in Scotland, you’re his problem, not mine.”

He bristled at the sound of his name on her lips. “You’ll never get the chance, lass.”

There was silence between them until her belly grumbled. When he raised an eyebrow at her, she smirked. “Does my internment come with room service?”

Sighing, he got up off the bed and searched for a menu. Finding one, he handed it to her. “Pick something.”

She browsed it and he watched an attractive flush crest her cheeks. “Anything?”

Something like anticipation filled her expression. Conall ignored the appealing sound of the smile in her voice as she said, “I’ll have the filet.”

He ordered them both steak and immediately regretted it when the food arrived. Thea took her time over the meat, seeming to savor every second. As he watched her, it became harder to quiet the doubts in the back of his mind. Doubts, that if he were honest with himself, had been there from the beginning.

If Thea had the gift to make anyone believe whatever she wanted, if she was as strong as Conall knew she was, as fast, as goddamn powerful, then why was she living in poverty?

And why did the vampires in that theater get the better of her unless she’d been trying not to kill anyone?

Just as she’d broken his neck instead of killing him.

Why was she biding her time with him now? Why let him bring her to the hotel when she could have fought him in the theater?

Was it about owing him?

Or was there more to her story than Ashforth was telling?

Conall dragged his gaze away from her. The image of Callie’s face as they said goodbye floated across his mind’s eye, heavy with the hope and faith that he could find the cure to save her life.

Thea was Ashforth’s problem. She’d murdered his family. She deserved his revenge.

And Callie deserved a chance at life.

That was all that mattered.

His doubts be fucking damned.

“If you think you can change my mind, think again,” he told her abruptly as she finished her meal.

Her cognac eyes bored into his with so much soul, he had to fight a war inside himself. Conall wasn’t sure if the side of his conscience that was winning was the selfish or the righteous.

“I need your blood to save my sister. She’s dying from a lycanthropic disease called apogee. And I’d take on an army to protect her. Nothing else matters to me. Do you understand?”

Her expression was granite as she placed her empty plate on the sideboard and walked back to the bed. “I’m tired. A vampire tried to rip my heart out today, so I intend to sleep.” She looked him directly in the eyes. “I don’t have any plans to kill you tonight, Wolf Boy, so catch some z’s too.”

Despite the flare of irritation he felt at the ridiculous nickname, Conall also felt more than a flicker of amusement. “But you plan to kill me eventually?”

She was silent a moment and then answered, and his instincts told him she was being honest. “I don’t know. What I do know is that there’s someone else after me and you’ve saved my ass twice. I can’t get rid of you, so I may as well make use of you.”

Her words caused a stirring somewhere they shouldn’t. Poor word choice on her part. “Make use of me?” His voice was gruff.

She flicked him a casual look as she kicked off her shoes and got into the bed, fully clothed. “Bodyguard.” She reached up and switched off the lamp at her bedside.

Surprised, Conall snorted. “And here I thought you didnae need a bodyguard.”

“Me too. Until a vamp punched a hole in my chest.” Although she tried to hide behind levity, he heard the slight tremble of uncertainty in her words.

“Is that the closest you’ve come to death, lass?”

“No,” she whispered, the duvet rustling as she turned her back to him. “Death and I are old friends.” 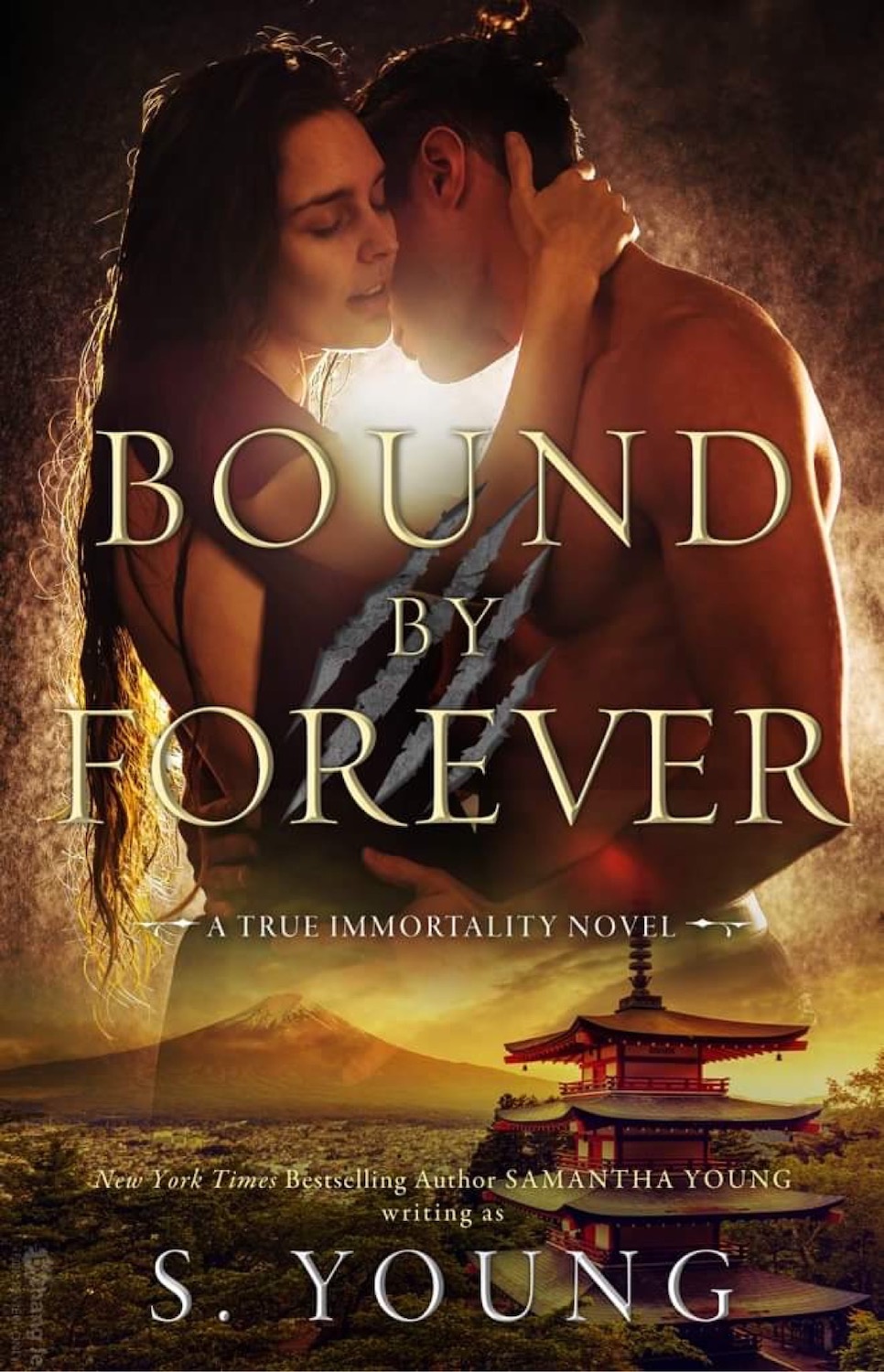 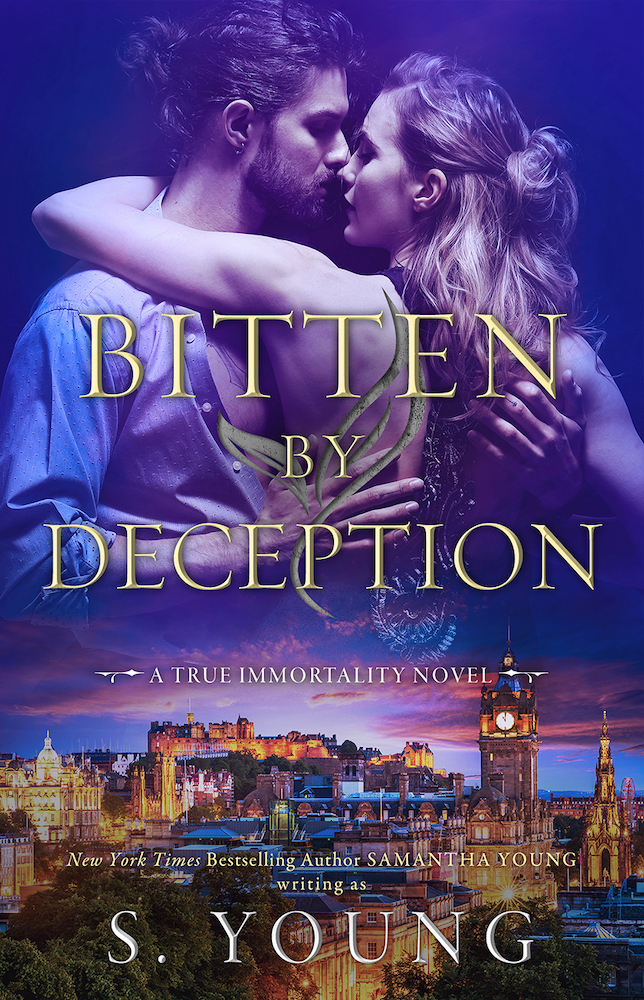 Thanks so much for the chance !

Thank you for the chance to win Natasha!