I couldn’t believe the letter in my hands.

Nine years. NINE DAMN YEARS I’d worked my butt off for one of the largest companies in America, and I was fired with a form letter when I returned home from a week in Aruba.

All because of a video taken when I was on vacation with my friends—a PRIVATE video made on my PRIVATE time. OR SO I THOUGHT…

Pissed off, I cracked open a bottle of wine and wrote my own letter to the gazillionaire CEO telling him what I thought of his company and its practices.

Eventually, he realized I’d been wronged and made sure I got my job back.

Only…it wasn’t the only thing Grant Lexington wanted to do for me.

But there was no way I was getting involved with my boss’s boss’s boss. Even if he was ridiculously gorgeous, confident, and charming.

It would be completely wrong, inappropriate even.

Sort of like the video that got me into trouble to begin with.

But sometimes it’s twice as fun.

An all-new, sexy standalone novel is coming in January from #1 New York Times best-selling author Vi Keeland, and we have all the details. 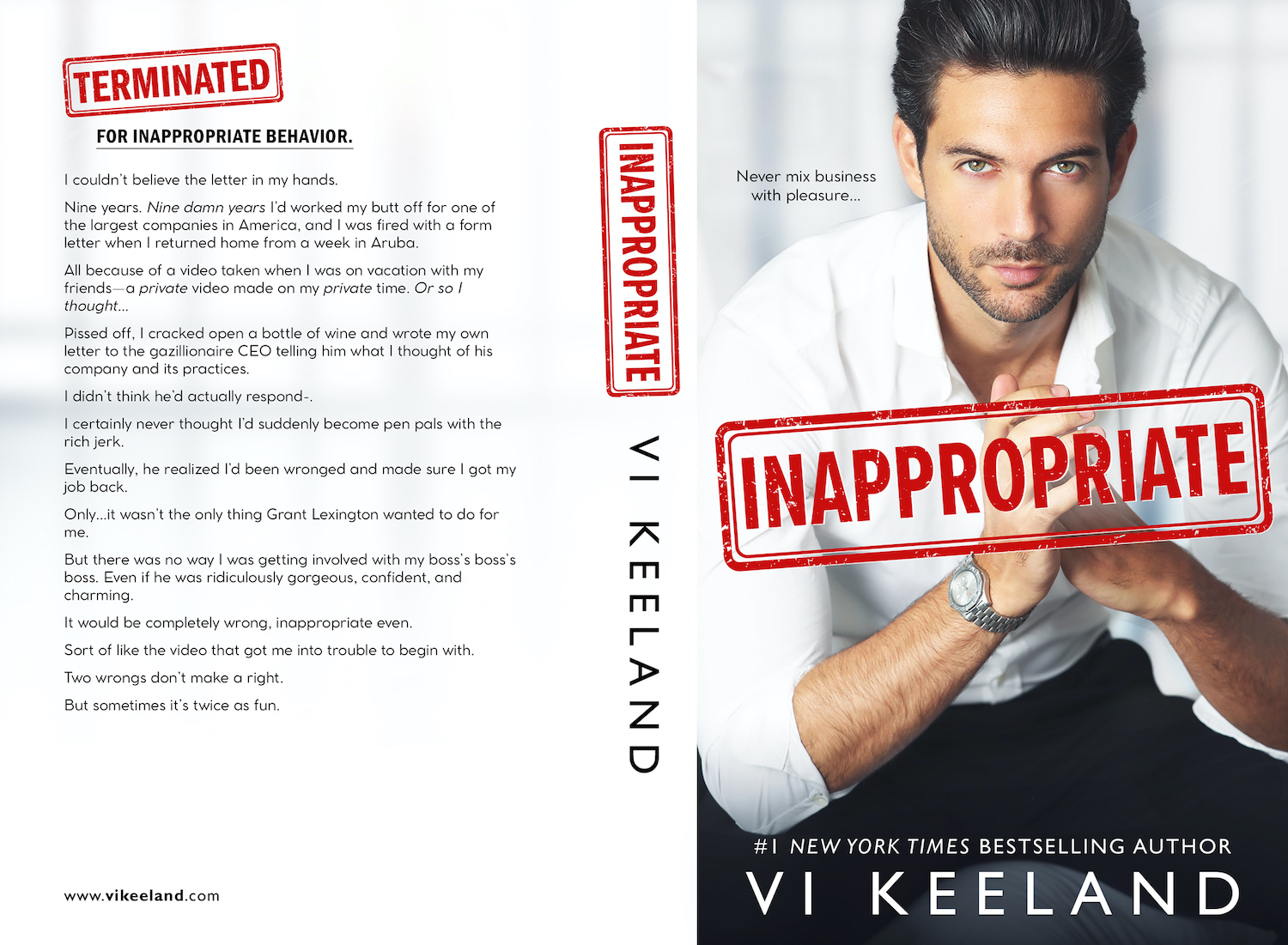 EXCLUSIVE EXCERPT: Iron Crowne by C.D. Reiss Inspector Morley finally gets his happily ever after in Seducing a Stranger by Kerrigan Byrne!