When Clara Delany walks into the Aces High Motorcycle Club’s hangout, she’s hit rock bottom. She’s hiding her car from the repo man, she has less than two dollars in her bank account and the only employment she can get is delivering messages for a criminal.

All because of a man. Therefore, she’s sworn off them.

And then she meets West “Buck” Hardy, president of the Aces High MC.

Buck also meets her, and the minute he does, he makes it clear (to everyone but Clara) that they’re starting something. Since Clara doesn’t get that message, she decides to leave Buck and sort out her life in order to come back to him clean.

She’s not gone but hours before life hits Clara with another blow. Which means Buck and his boys have to ride in and save the day. After that, Buck makes no bones about where they stand.

Kristen Ashley is kicking off an all-new series this week, and I have a sneak peek for you from this absolute must-read. Bursting with the author’s trademark energy and imagery, this story is a celebration of one woman’s indomitable spirit and will to survive against all odds, as well as of family, loyalty, friendship, and of love conquering all, and it made me fall head over heels in love with Kristen Ashley’s writing all over again.

“I’m thinkin’ we should focus on pool for a while,” he told me.

I nodded instantly and turned to the table.

“Great. Perfect,” I declared, examining the table. “What do I do now?”

“You’re solids, babe, you see your shot?” he asked.

I stared at the table, focusing on what would possibly be my shot. I found it, set my beer aside and pointed.

“Good girl,” he murmured, and I felt his body move into me. Forcing mine down, he situated the cue on the table. “Hands on mine,” he instructed.

I did as I was told.

He moved my hands to where he wanted them and said in my ear, “See how this is lined up?”

I didn’t. I wasn’t paying attention to much except his heat at my back, his power surrounding me, the fact that I was careening toward drunk and the hollow feeling of despair that had a permanent hold of my stomach but was now sharpened to the point I wondered why I was still standing.

He moved the cue back and then jabbed it forward in a controlled way, hitting the ball. The white ball cracked into the other ball at an angle and it shot straight into the side pocket.

“Finesse,” he whispered into my ear.

“Right,” I replied, pushing back against his body to straighten.

He allowed this and I moved away from him and grabbed my beer.

I sucked some back as I heard Buck call out, “Driver, another Lite and another Bud.”

“Gotcha,” the young biker called back.

I dropped my hand, looked at Buck and informed him honestly, “You should know, I’m already drunk, and if I have much more, I’ll be very drunk and unable to operate my vehicle legally. You should also know I have exactly twelve cents in my purse and one dollar and fifty-seven cents in my bank account, and therefore I will be unable not only to order a taxi, but also to buy a bus ticket. And lastly you should know that, even if I wasn’t wearing four-inch heels, I live too far away to walk home.”

Buck studied me another long moment then he got close. So close I could feel his warmth and his hand came up and curled around the side of my neck, sliding to the back.

I was shocked by this even after the pool lesson touching. He was so close I had to tip my head far back to catch his eyes and find he was actually so close that, if I lifted half an inch up on my toes, my mouth would be on his.

“And you should know, Clara,” he murmured, using my real name for the first time in his gravelly, deep voice, making it sound like another name altogether. Another name that belonged to another woman, that woman not me, but that woman being a woman I wished I could be. “That I know exactly what’s in your account and I know you haven’t had lunch and I know you haven’t had breakfast, and I know it’s because you can’t afford either. I know you’ve got a master’s in library science and I know no one will hire you because his mud stuck to you. I know Tia Esposito is the only thing you got, which means that put you in the path of her husband. And I know Enrique Esposito is the kind of cockroach that’s able to sniff out vulnerability and manipulate it purely for shits and grins. And last, I know that you’re tryin’ to do your best with the hand you got dealt, but even so, babe, you are totally fuckin’ this shit up by makin’ all the wrong plays.”

Something about that angered me, and with that, my heightened emotion and the tequila in my system, I didn’t guard my reply.

“Okay, West,” I stated. “You may know all that, and I suspect you know more. What you do not know is what it means to be me. There are a fair few people, thank God, who know what it means to be me. So, what I know is you don’t know that first thing about how to play the hand I’ve been dealt. No one can know that unless they spend time in my shoes. So don’t you stand there and make judgments about me. You have no clue, no clue, what it is to be me. And I not only know that because you’re not me, but because, earlier, you said I entered this game. You were wrong. I didn’t enter it. I was shoved into it. So you don’t know everything, West Hardy. You know a lot, but you don’t know anything that’s important. So you cannot tell me I’m making the wrong plays because you don’t get what it means when every breath is an effort at survival. I’m breathing so my take on this is, I’m doing all right.”

He stared down at me and I held his stare. 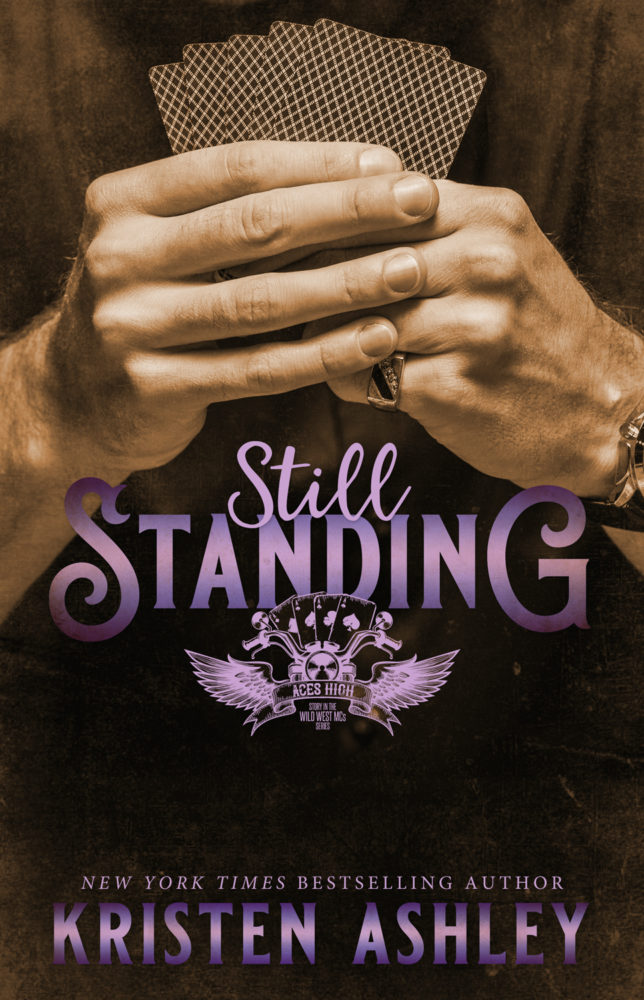 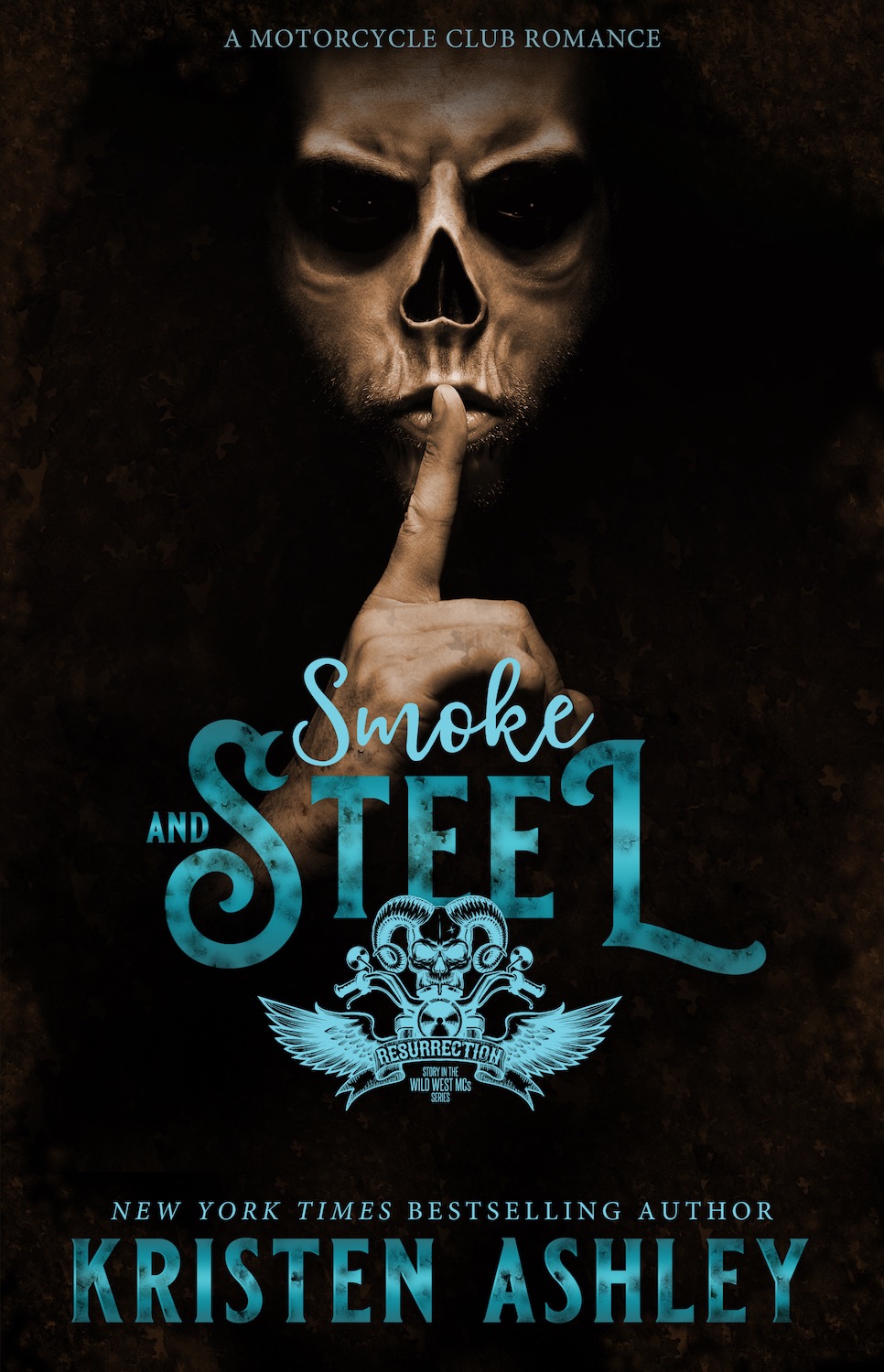