He wasn’t my friend until he became my enemy.

Silas
He wasn’t my friend until he became my enemy.
His center is freezing cold,
and his edges burn me when I get too close.
He is everything I want and nothing I am.
They say not to burn bridges,
but he burned ours to the ground.

Skyler
She is the girl who wants to be seen,
but hates being noticed.
She was my friend, my tease, my confidant.
She is pure light against all my darkness.
The reason you burn down bridges,
is to build them up stronger.

An all-new enemies to lovers romance is out now from author Ivy Wild, and I have a steamy excerpt for you.

“I need you to draft an email,” Silas finally said.

“Bullshit,” I spat back. “Tell me what this is really about, Silas!”

He strode toward me and I backed up. My hands pressed against the somewhat glossy paint of the walls as I tried to distance myself from him, but he wasn’t having it. He invaded my space in a way only he could. His cologne swirled around me, his musky scent seeping into my lungs, poisoning me with every breath.

“You want to know what this is about?” he asked, his voice a hushed whisper.

“Yes,” I replied in an equally soft voice.

“This is about the fact that you continue to deny me, but you let someone like him have you. You’re not for him. You never were. You were always for me.”

“Don’t be ridiculous,” I said, but my heart wasn’t in it. My heart was too busy squealing like the teenage girl it apparently still was around Silas.

His body moved in closer to mine and everything in my head screamed to push him away, but I couldn’t bring myself to do it. He trailed his fingers slowly up my body, starting at my hip bone and up the curves of my breasts. I felt weak, helpless and entirely turned on by just the simple movement. His fingers landed on my chin, pinching it roughly just as he had the night of our first kiss.

“You weren’t supposed to be anyone else’s. You were mine from the moment you broke that vase.”

“You should treat your belongings better,” I replied breathlessly. “Otherwise they’ll run away from you.”

His fingers were still firm on my chin, squeezing my cheeks just the slightest bit. The tension increased between us to the point where I felt like I could barely breathe.

“How many guys, Skyler . . . How many guys have you given away what’s rightfully mine to?”

My eyes widened in shock at his question. “You don’t get to ask me that, Silas.”

His fingers moved off my chin, caressing my lips and my neck and I couldn’t stop the shivers that coursed through my body.

“I’m asking because I need to know how thoroughly I’ll need to fuck them out of your system.”

“You’re the only one that I haven’t been able to get out of my system, Silas.”

“See?” he said quietly, his voice full of hidden promise. “You were always mine.”

His lips brushed against mine and I whimpered. He’d always had the fullest lips. They were made for kissing and I’d caught myself looking at them all through our senior year, longing for the feeling of them and at the same time, denying myself their promise.

His leg moved to press between my thighs as he pressed his body against mine. He was scorching hot, but he’d always been hot around the edges. I just hadn’t been able to figure out whether his center was still as frigid as it had been all those years ago.

“Say you want this,” he whispered against my ear to the mounting shivers of my body. “Don’t deny us any longer, Skyler.”

His body blocked the light from the hallway, plunging me into darkness. Silas always cast long shadows. The black that spread from his soul reached out to me like serpents, intent on bringing me down with their venom. Since our split in high school, I’d always tried to run from them, convinced that they meant to do me harm or darken what I thought was my clear sky.

And I was right.

This wasn’t some love story of redemption.

He wasn’t going to be some transformed hero.

Standing beneath him, locked in the darkness that was Silas, I understood that now. But, I also understood that maybe I wasn’t meant to run. Maybe, all this time, I’d been running from the one thing I needed: a rain cloud.

“I’m not yours,” I said and his jaw clicked in irritation. I could see the absolute need for me in his eyes and it wiped out every bit of common sense I had left as I said these words. “But I do want you.”

His lips were on mine in an instant and they were just as I remembered them. They moved against mine and the slightly chapped skin tugged at my smooth counterpart. He bit down harshly on my lower lip and I gasped as he entered my mouth with his tongue. There was no fighting the poison that was seeping into my body now. I only hoped his venom brought on a slow and painless death.

His body pressed against me firmly and I could feel his desire for me clear through his trousers. I moaned and he pulled back slightly. “You will be mine,” he husked and I shuddered but shook my head as he sucked hickeys down the side of my neck.

“Never,” I said, but my words only seemed to spur him on. His hands roamed my body over my clothes before dipping below my shirt to play with my breasts. My breath hitched as his thumb grazed a nipple.

I threw my head back as the sensations coursed through my body. It had been quite some time since I’d been intimate with anyone and everything he did lit a fire in me in a way I’d never experienced before.

He pulled back and pressed his lips to my ear. “You were always mine.” His fingers pinched my nipples and I moaned. “Admit it,” he said in a sinister voice.

His other hand unzipped my pants before pushing roughly into my panties. I gasped but he held me against the wall with his body to the point where even if my strength gave out, I’d still remain upright. Strong, slightly callused fingers, ghosted against my lower lips and I squeezed my eyes shut at the thought of Silas touching me—really touching me.

“Tell me you didn’t finger fuck yourself to completion every night we were apart, imagining it was my cock between your legs,” he ground out.

“Fuck,” was the only thing I managed to respond.

I was so wet for him now. I could feel how easily his fingers slid through my folds as he began to play with me.

“Please,” I begged, wanting so desperately for his fingers to enter me, to fill me up like I knew only he could.

“Say it, Skyler. Say you’re mine.” His voice was dark, insistent, but still I refused.

“No,” I said breathlessly with a shake of my head.

One finger rimmed my entrance and my mouth fell open. Silas’ lips landed back on mine as he swirled his tongue against mine sensually, in time with the movements of his finger. Finally, he dipped inside me, first with one finger, then with a second. My head pressed harshly against the wall as he sucked my lower lip, all while pulsing his fingers up and down inside of me.

I reached down to try and rub his cock through his pants. “Don’t,” he said sharply. “You don’t get that until you admit what you’ve always known is true.”

“No,” I said as he continued to finger fuck me.

Is this what the girl in the gold dress had experienced all those years ago? The feeling of Silas’ scorching edges pushing her against the wall as he finger fucked her? Even after all these years, even though he was doing the same thing to me tonight, a wave of jealousy crashed over me. The realization hit me that I didn’t want Silas dipping his fingers in anyone else but me and I didn’t know how to process it.

His hand not currently between my thighs left my breast to push my top up. My breasts spilled out and he ran his tongue along each hardened peak, his rhythm below not stopping. I could feel the tension in my body increase as he worked me to a higher and higher high. My body heat up so fast, stealing some of the heat from his hot exterior.

“Silas,” I moaned, my eyes still closed, refusing to look at him, refusing to admit that this was happening right now.

“No!” I exclaimed as my entire body began to shudder.

His fingers curled, pressing into a spot no one but myself had ever touched and every nerve ending seemed to catch fire. My release was so close I could taste it. I was falling into him willingly.

And then, everything went cold. The movement between my legs stopped as his fingers left me. My shirt was pulled down and his body moved away from me, taking its heat with it.

“You are mine, Skyler. Looks like I’ll just have to prove it to you.”

I watched him suck both fingers into his mouth casually, that irritating smirk of his back on his face as I looked at him with a mix of shock and disbelief. He pressed the button for the elevator and disappeared, leaving me standing there, unable to catch my breath. 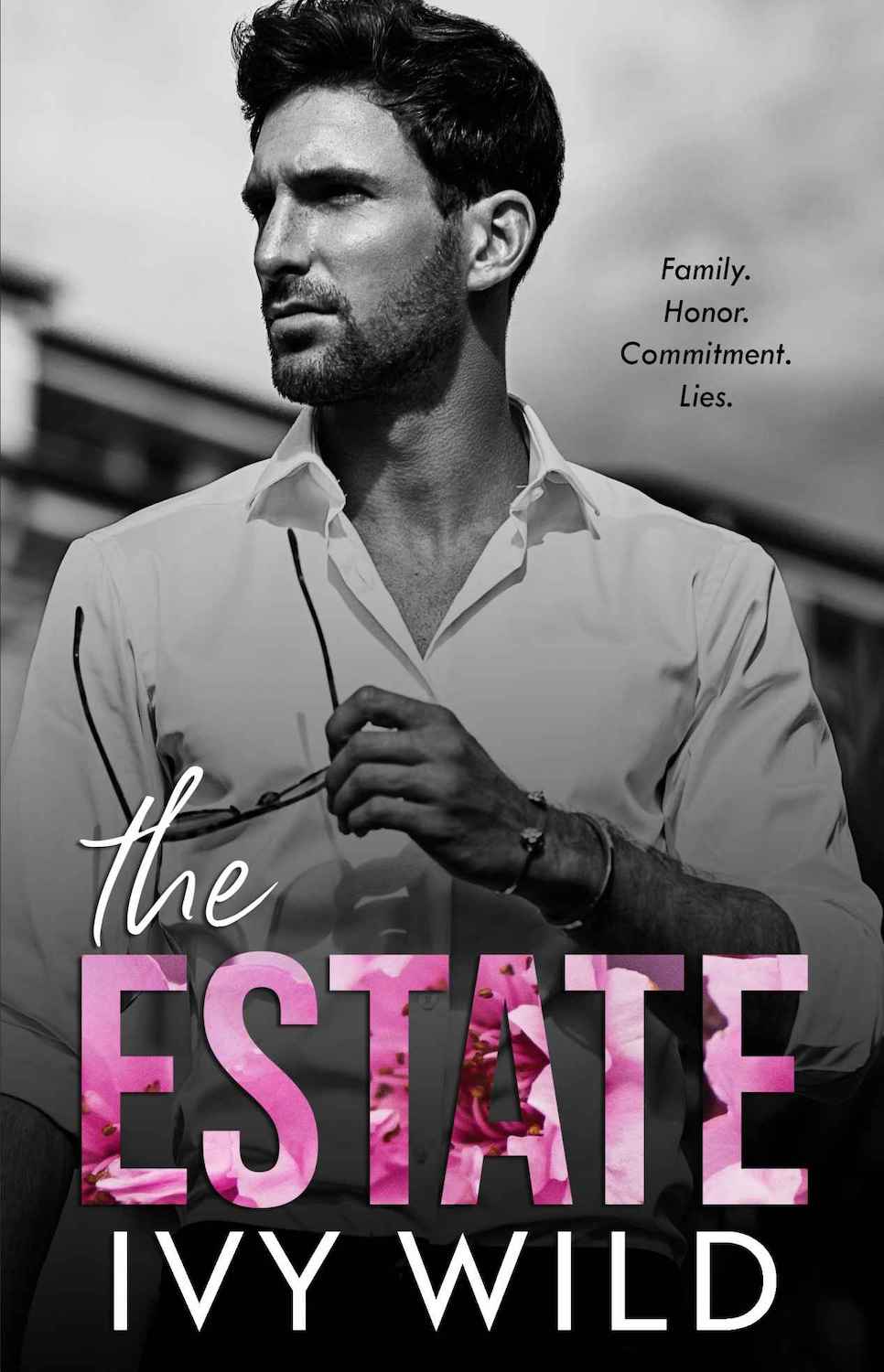 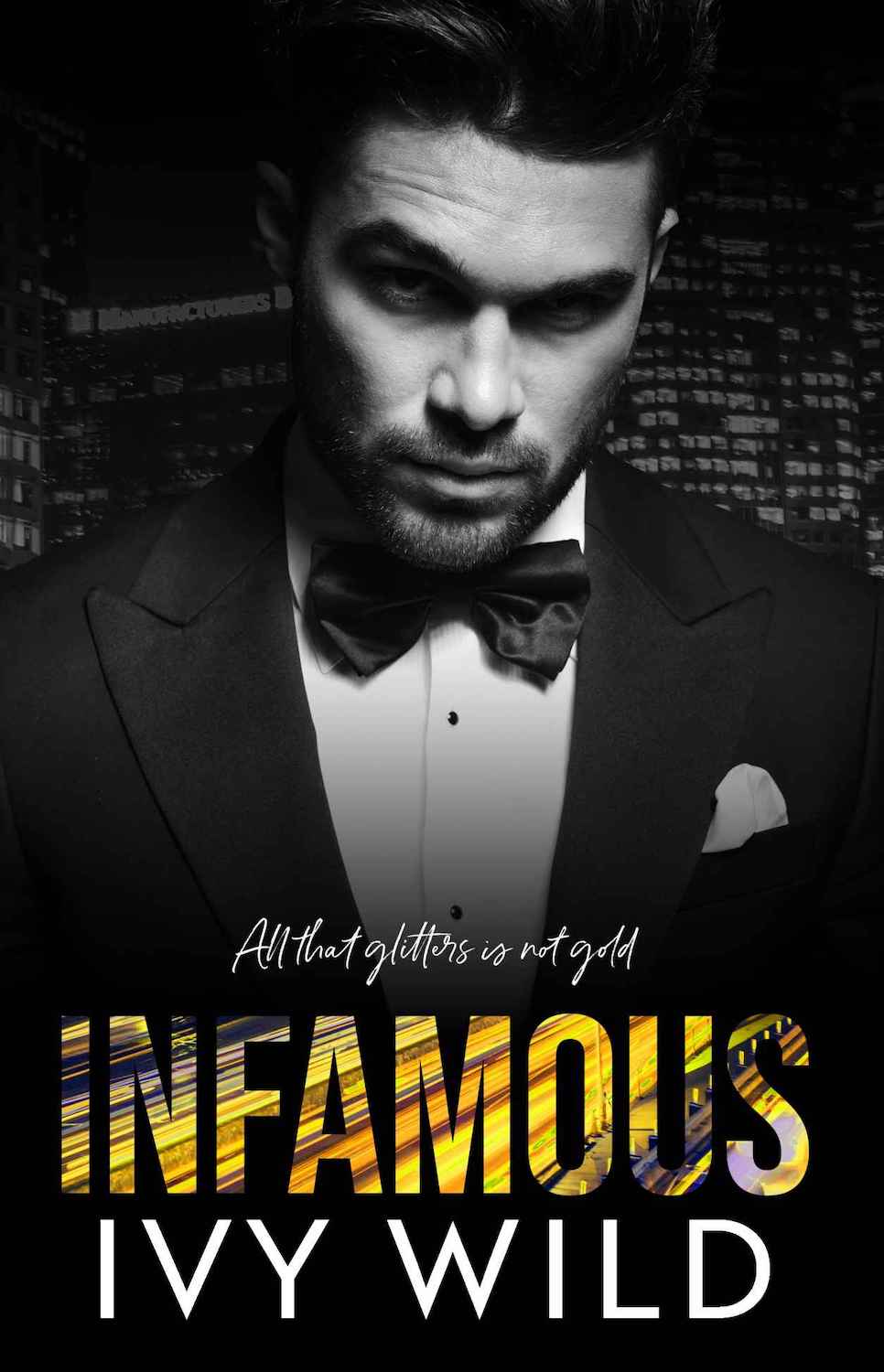 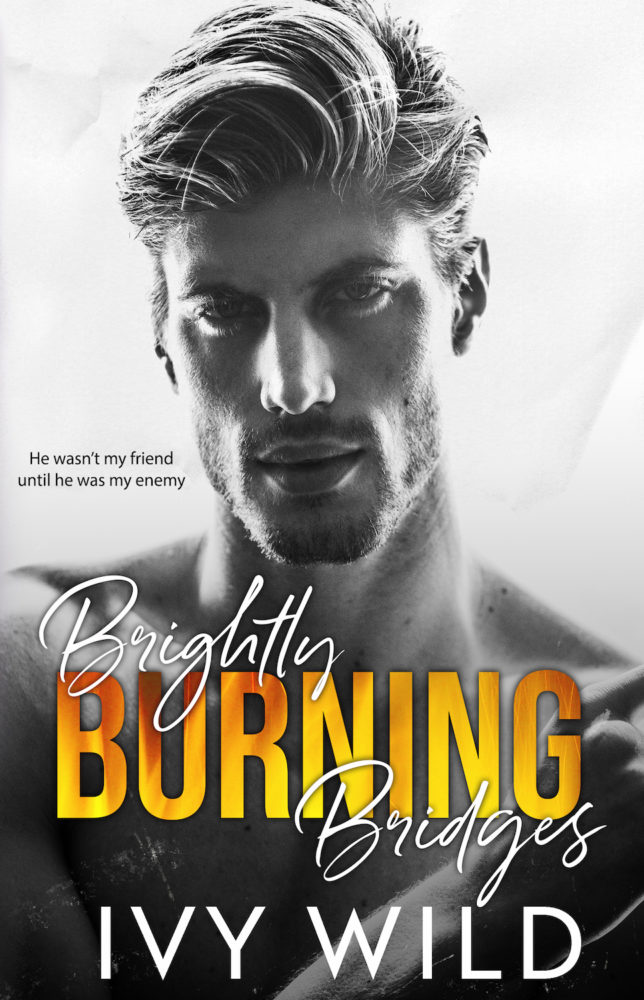