I never wanted to go back to Baker’s Creek.

But when it rains, it pours. I lost my job, lost the guy, and lost the house. The perfect trifecta of ruin.

Ten years after I said I can make it on my own, I have no choice but to ask for help. But it’s my mother who needs me now…

So it’s back to where I don’t belong.

There’s no opportunity in my hometown. The only job that I can get is nannying. For a player from the Vancouver Orcas. “Mean” Mills Aldridge is going to be my new boss… and I’m supposed to pretend he isn’t sex on skates.

Between avoiding the town mean girls, helping my parents, and trying not to behave like a puck bunny, my job with that sweet boy is fast becoming just like the rest of my life—one big complication.

My only escape is my late-night chats with Mills.

The confessions we share make me feel like I belong. The stolen kisses make it hard to remember why I ever left.

Until the opportunity I’ve been waiting for arrives, and it’s time for me to say goodbye.

But can I leave that little boy and his father behind?

EXCLUSIVE EXCERPT: As We Are

A heartfelt new single-dad, sports romance is out this week from author Claudia Burgoa, and I have a sneak peek for you.

It’s official. My life is over.

I might as well dig a hole right next to the swings, crawl inside, and die there.

Who wouldn’t want to die in a park?

This is no ordinary park. It has two sets of swings, three types of slides, and two sizes of monkey bars. The evergreens surround the playground all year long. When the snow coats the ground, it looks like an enchanted wonderland.

My life might be over but at least I’m in one of my favorite places.

The last thing I wanted to do was to come back to Baker’s Creek, and yet, here I am. Sitting on the swings like I used to do during high school when I was done with homework and I couldn’t sleep.

This place used to be the happiest in the world when I was a kid. When Mom closed the bakery in the afternoon, she’d bring me to the park so I could play. It was usually around supper time, so the park was empty. I could swing without waiting for my turn, and sometimes I even got to play with Mom. We would slide together several times and laugh without a care in the world.

Life was so much simpler back then. I wasn’t aware that the town where I lived held more dangers than the wilderness. Here in Baker’s Creek, it is eat or be eaten.

When he sees me, the little boy looks up and says a hopeful: “Mama?”

The sad voice liquifies my heart. I hop out of the swing in order to squat down to his level. “Hadley. My name is Hadley. What’s your name?”

His adorable green eyes look at his shoes. Did he lose his mom? Maybe she died and he’s still hoping to find her. My heart breaks open.

“How many times have I told you not to run—or to talk to strangers?” The man who I assume is his father chides him. “You could get lost or worse, they could take you away from me.”

I glance at his father. He glares at me with suspicion and disdain, moving to put himself between me and his kid.

The kid looks up at his dad and says, “Haley,” pointing at me.

“Awden,” he answers, with a boyish grin and baby voice. I can feel the sweetness of this kid turning me into a puddle of goo.

“Nice to meet you!” I say, delighted. I shake his hand and then straighten up to talk to his dad.

“He shouldn’t be talking to strangers,” the man grumbles at me, cutting me off before I can say anything.

Is he seriously reprimanding me?

Just because he’s almost a foot taller than I am, his broad, muscular shoulders make him look like Thor—or Charlie Hunnam—and he has a deep husky voice. Does he think I’m going to be intimidated?

“Keep your tone down,” I say, using my mom’s low-disappointed-angry tone. The woman never yelled at me but that voice made me feel worse than any spanking my father gave me when I let the goats out or broke something in the house. “He’s just a baby. He confused me with his mom.”

I pretend to look at my watch, eyeing my bare wrist playfully. “Looks like it’s time for me to go home. I’m sure your dad will be happy to do it.”

My heart breaks all over again as his eyes fill with tears and his lip trembles.

“If you allow it, I could stay for a few more minutes,” I offer.

The man ignores me as he stares at his son. After a couple of seconds, he picks up the toddler, and sets him on the chair swing. Okay, he’s going to do it. Even though the kid is adorable, it’s best if I leave.

As I wave goodbye, the kid says, “Howdy, peas.”

I look at the man and stifle a grin as he sighs harshly. “Five minutes,” he says. 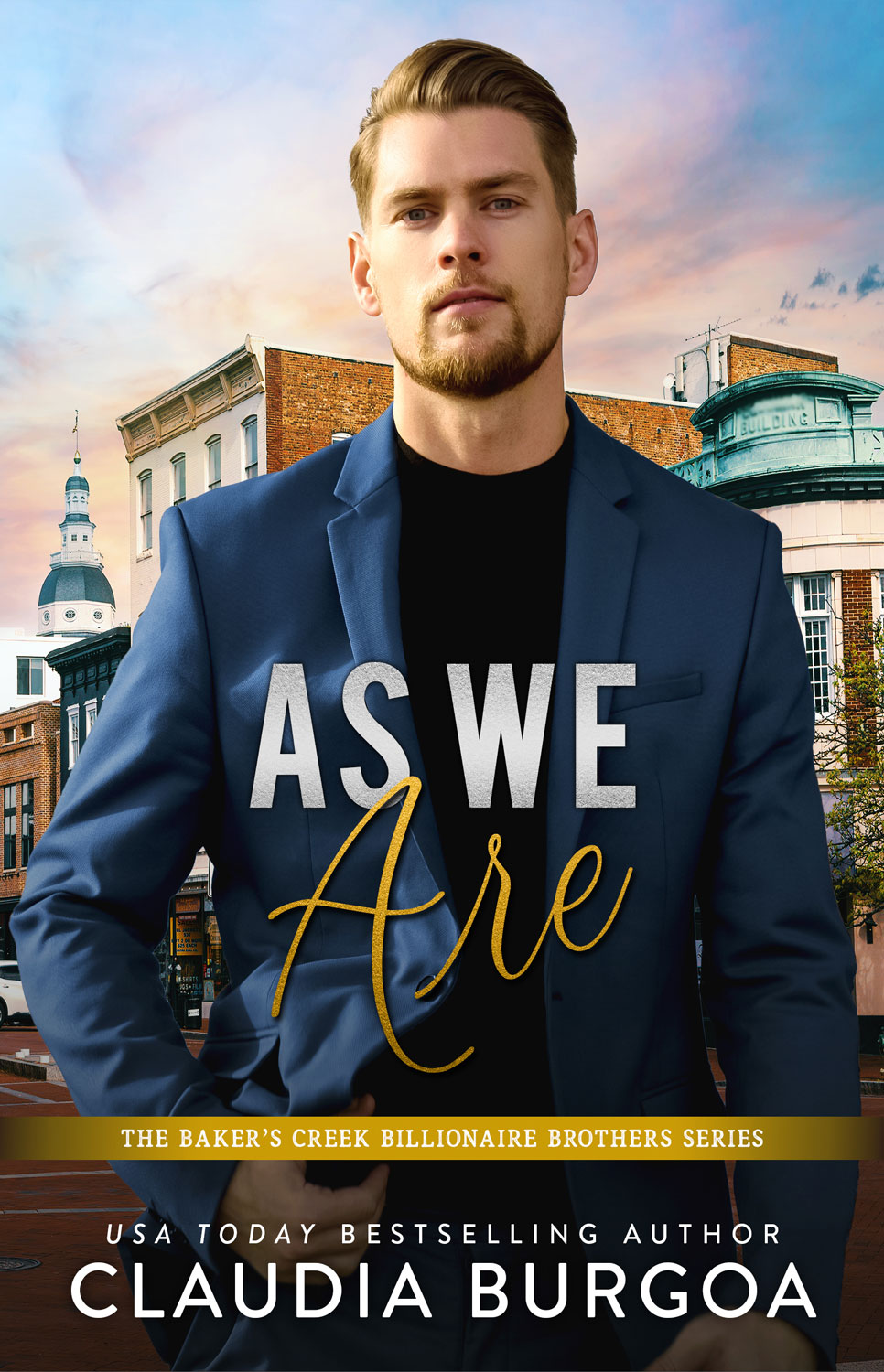 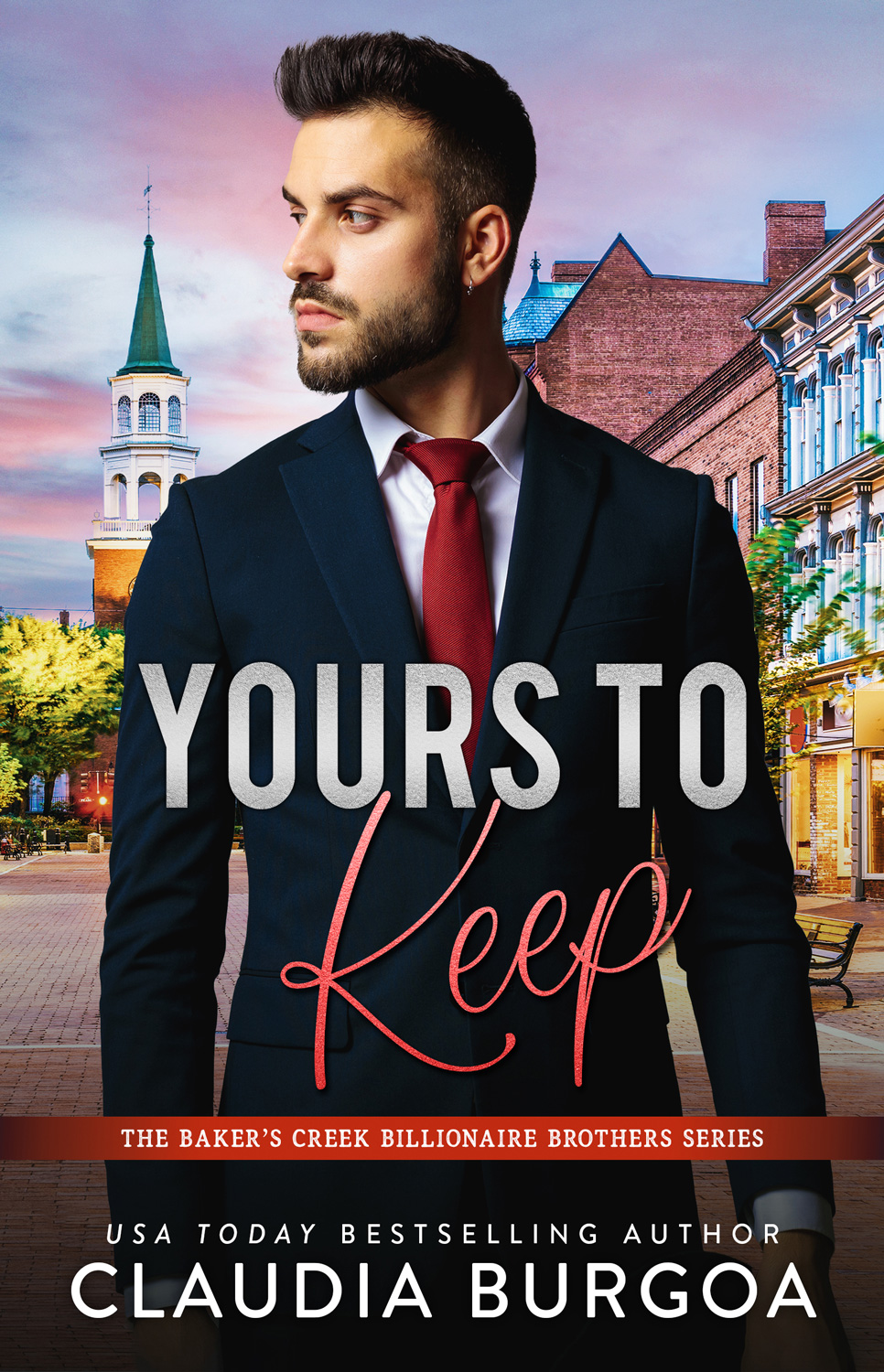 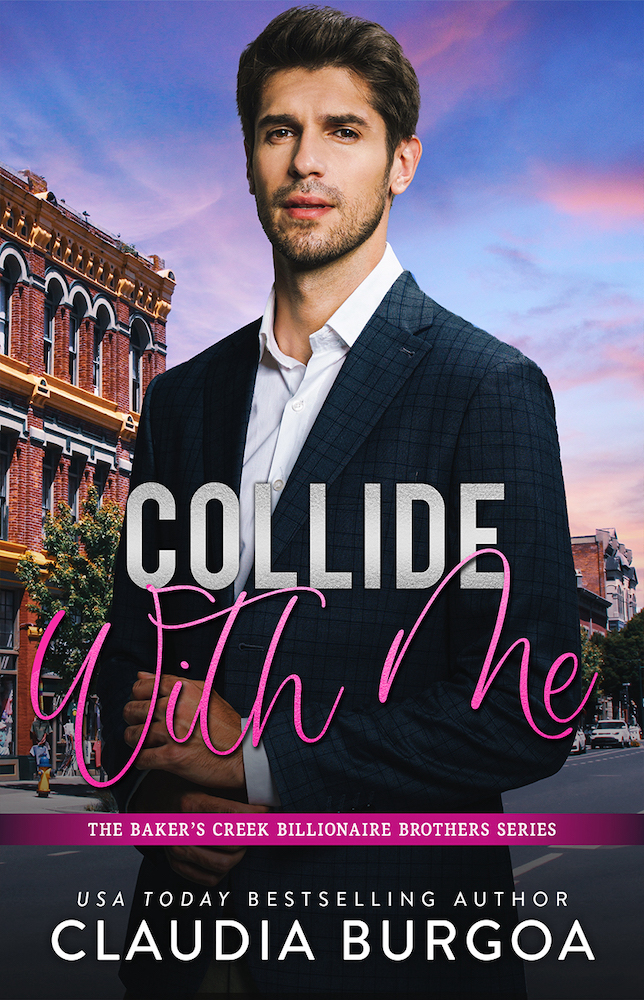